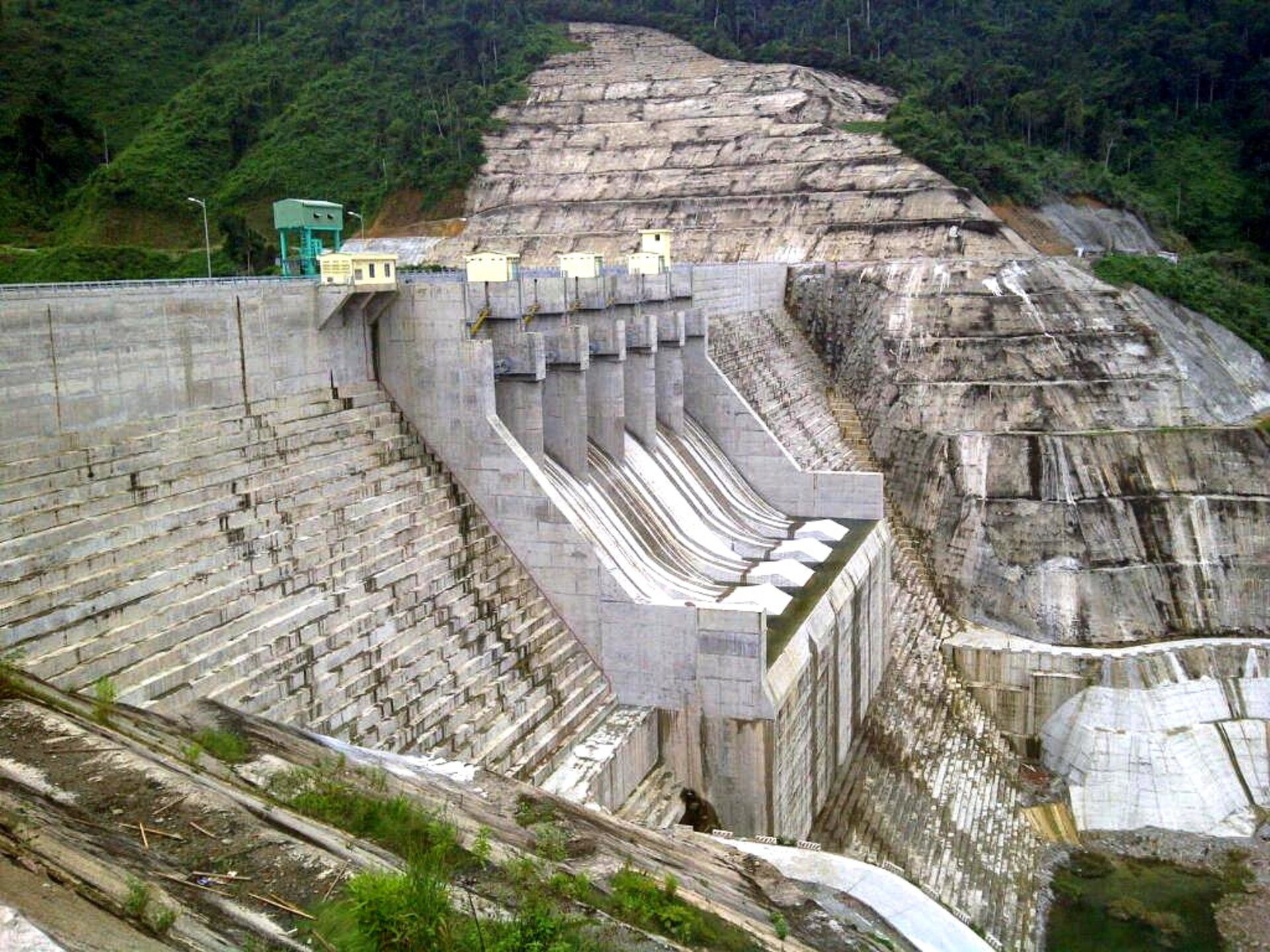 A new initiative brings ESA and the Asian Development Bank together to exploit satellite Earth observation data for sustainable growth.

The Song Bung River flows down from the Annamite Mountain Range before reaching the more populous coastal areas of central Vietnam. In addition to being a source of drinking water, the river is also a potential source of energy: a hydropower plant is being built to meet the country’s increasing power demand.

Satellite data are being used to monitor the stress that the filled reservoir exerts on the dam and the overall environmental impact of the power plant and its reservoir on the surrounding area.

The presence of a nature reserve near the new reservoir makes it especially important to monitor environmental changes and, eventually, the implementation of project safeguards to, for example, avoid illegal logging and the inappropriate usage of new access roads.

This is just one of many Earth observation-support projects in a new collaboration between ESA and the Asian Development Bank (ADB), called Earth Observation for a Transforming Asia Pacific, or EOTAP.

The initiative aims to promote satellite Earth observation capabilities in the implementation of various development projects in Asia and the Pacific. The satellite data satisfy information needs in areas such as urban, agriculture and rural development applications, but also reach into energy management, disaster and risk analysis and climate change mitigation strategies.

ESA is managing and overseeing the 12 projects, which are being executed by specialised European Earth observation service providers. The EOTAP projects began in October, and the final results are expected in the autumn of next year.

“The possibilities for large-scale and systematic use of Earth observation information in international development projects is evident,” said Stephen Coulson, Head of Industry Section in ESA’s Earth Observation Programmes directorate.

“We look forward to building a closer cooperation with ADB to see, in the longer term, how we can get Earth observation capabilities established  as part of the best practices of bank operations on a fully sustainable basis.”

ESA is no stranger to the international development sector, having collaborated with organisations including the World Bank and the UN International Fund for Agricultural Development on similar projects for years.

“We hope increased cooperation with agencies such as ESA and Earth observation service providers will lead to strengthened capacity among our developing member countries to better exploit the potential of geoinformation for sustainable development,” said Nessim Ahmad, Deputy Director General of ADB’s Regional and Sustainable Development Department and concurrent Chief Compliance Officer.

The 3 April launch of the first satellite developed for Europe’s Copernicus programme, Sentinel-1A, marks a new era for the exploitation of Earth observation data for sustainable development. The fleet of Sentinels will provide satellite data at unprecedented resolution and frequency for years to come.