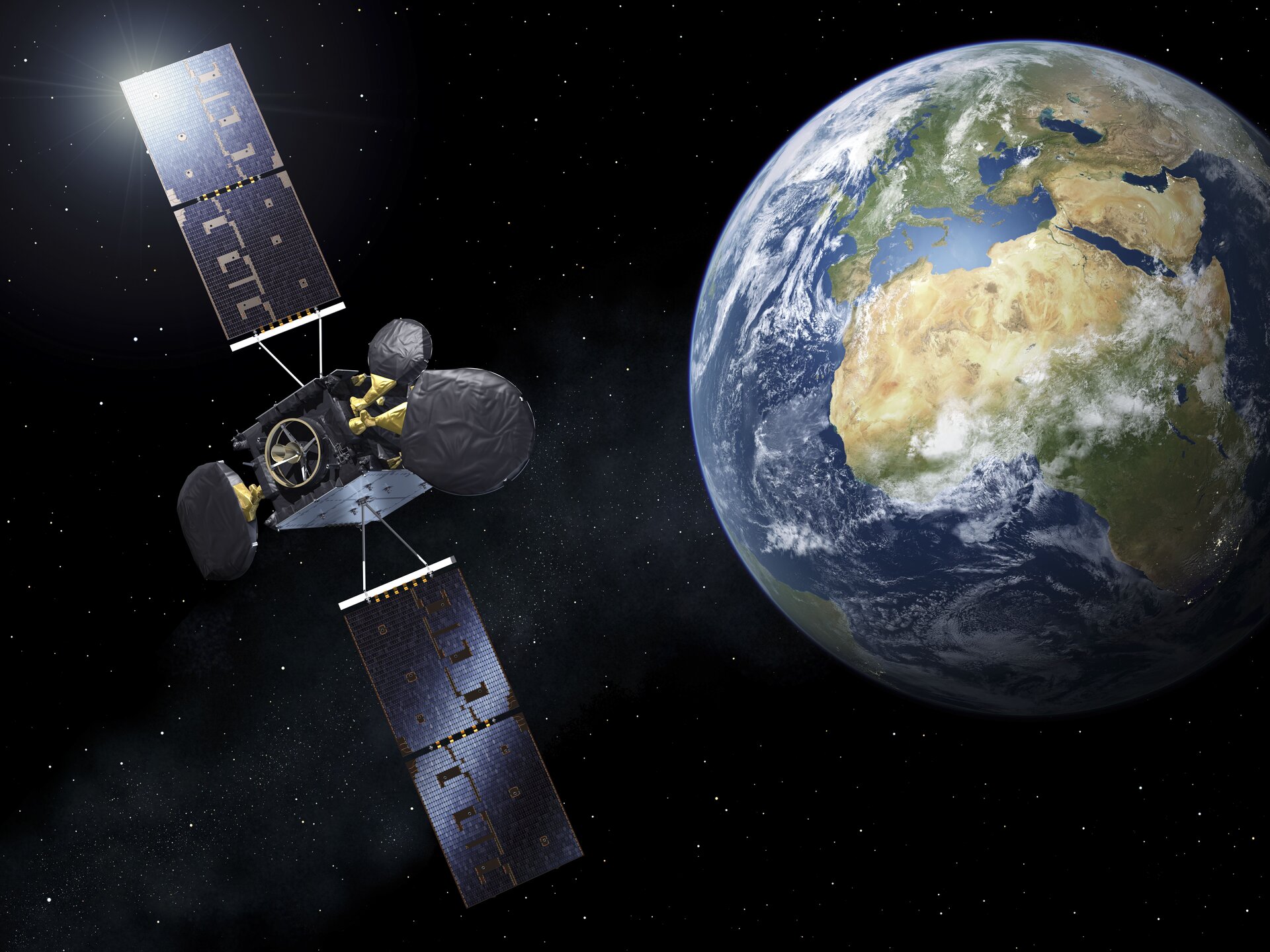 The second satellite in the European Data Relay System has reached its intended orbit and completed its in-orbit tests.

Dubbed the “SpaceDataHighway” by its commercial operator Airbus, EDRS uses innovative laser technology to enable Earth-observation satellites to deliver their information to users on the ground in near real-time, accelerating responses to emergency situations and spurring the development of new services and products.

EDRS-C is the second satellite in the system and was launched on 6 August.

After being delivered into its initial orbit by an Ariane 5 launcher, EDRS-C made its way to its final geostationary orbit 36,000 kilometres above Earth through five liquid apogee engine burns and a few relocation manoeuvres.

It has been thoroughly tested to ensure that all its components are operating as expected.

Control of the satellite has now been handed over to Airbus. In the coming months, the performance of its laser communication terminal will be fine-tuned as part of the nominal test sequence. To do so, several links are scheduled with the Copernicus programme’s four Sentinel Earth observation satellites.

Commercial service is expected to begin in the spring.

The satellite also hosts a commercial payload operated by British satellite operator Avanti that is about to start delivering communications services.

EDRS is a public–private partnership between ESA and Airbus as part of ESA’s efforts to federate industry around large-scale programmes, stimulating technology developments to achieve economic benefits.

The first satellite in the EDRS network, EDRS-A, was launched in January 2016.

Since then it has transmitted 1.7 petabytes of data, equivalent to binge watching almost 20 000 ultra high definition 4k films 24 hours a day for nearly four-and-a-half years.