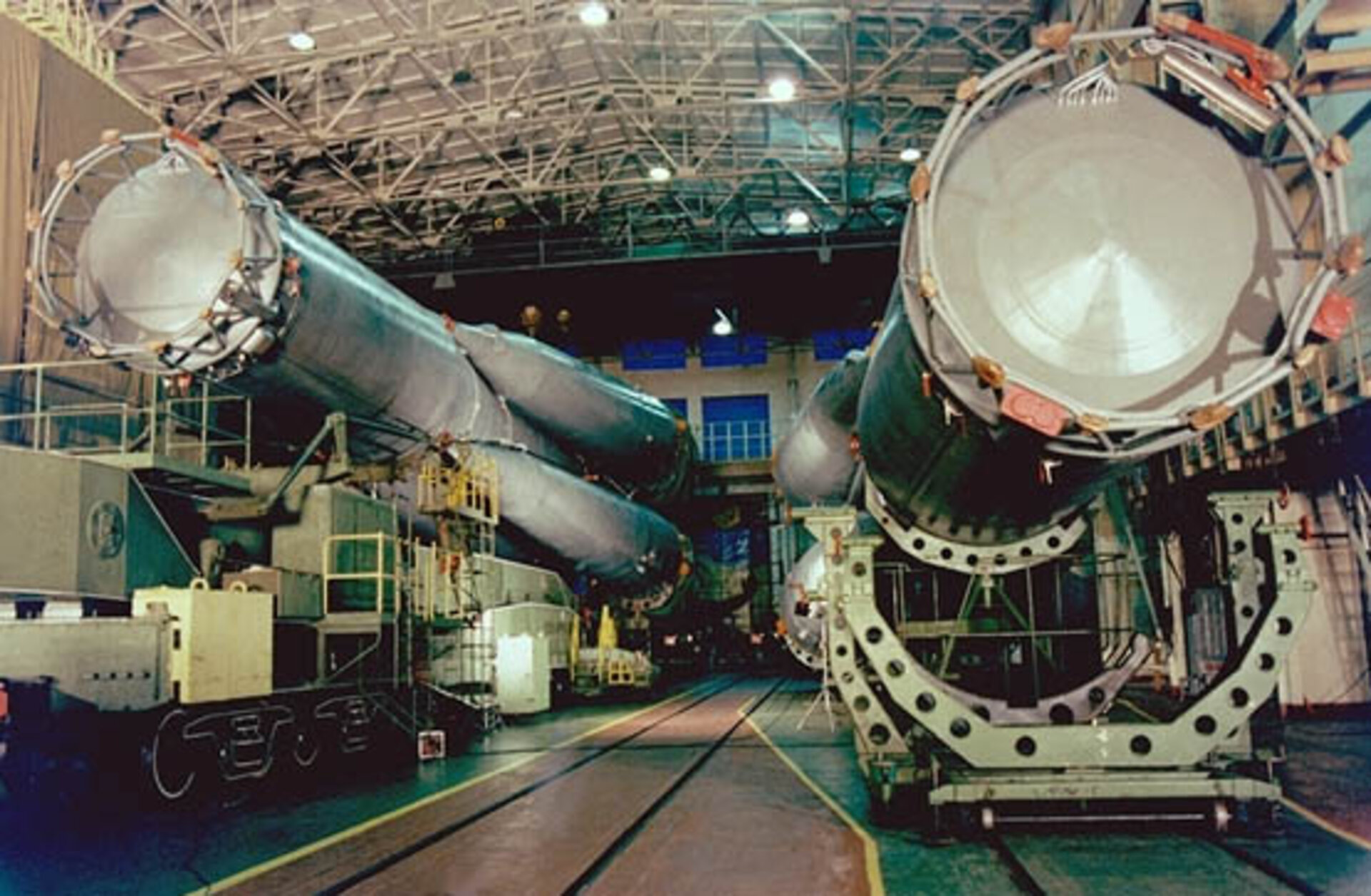 Two Soyuz-U launchers in the processing building at the Plesetsk cosmodrome in northern Russia. One was used to launch the Bion-10 (Cosmos 2229) mission. The satellite carried 10 joint experiments from ESA and Moscow's Institute of Biomedical Problems (IBMP). Four of them were carried by ESA's Biobox incubator, making its first flight. Bion-10 was launched on 29 December 1992 from Plesetsk and recovered on 10 January 1993. The Soyuz launcher is manufactured in Samara, Russia, and transported by train to Plesetsk. [Image Date: 27-12-92] [98.08.002-005]