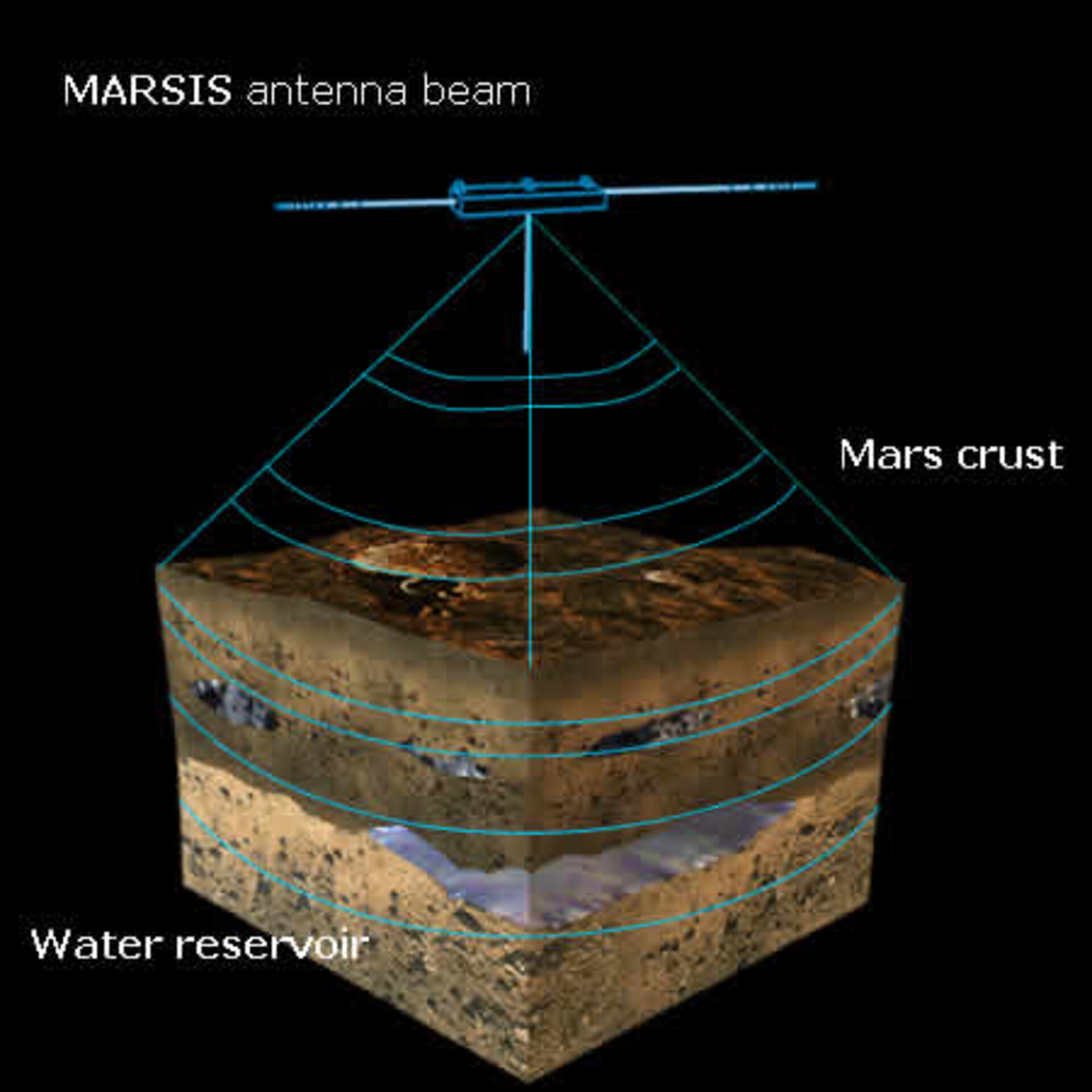 The Mars Advanced Radar for Subsurface and Ionospheric Sounding (MARSIS) on board ESA's Mars Express will employ ground-penetrating radar to map underground water (if it exists) on Mars.

Low-frequency waves will be directed towards the planet from a 40-metre long antenna which will be unfurled after Mars Express goes into orbit. The radio waves will be reflected from any surface they encounter.

In most cases this will be the surface of Mars, but because low frequencies are used, a significant fraction will travel through the crust to encounter further layers of different material - perhaps even water.

Analysis of the echoes produced will reveal much about the composition of the top five kilometres of the crust.