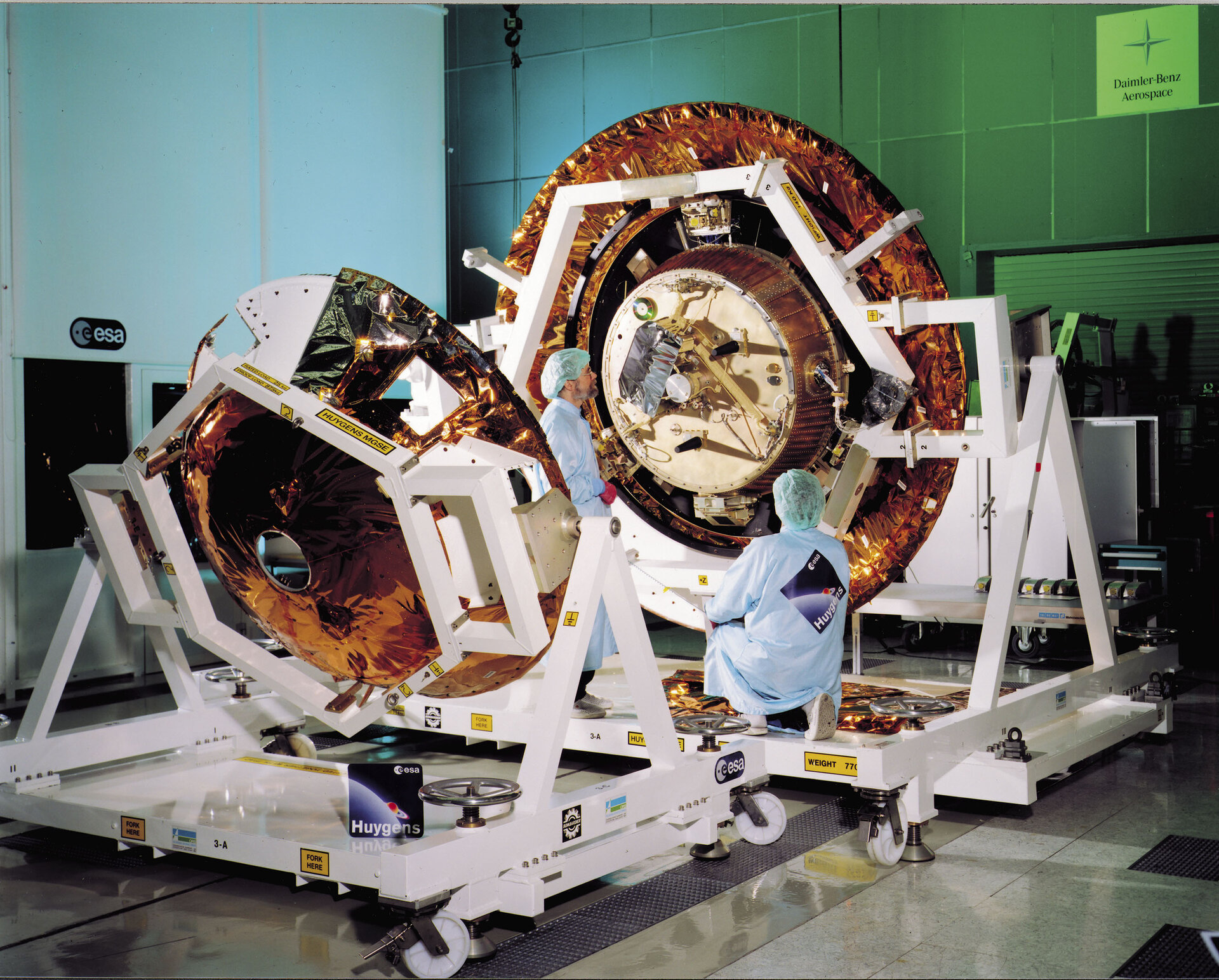 Huygens' Descent Module (DM) is shown attached to the rear of the Front Shield, which will protect the DM from the intense heat of atmospheric entry. On the upper surface can be seen the two redundant antennas (black) that will transmit scientific data back to the Cassini Orbiter travelling past Titan at almost 6 km/s at a distance of 75000 - 25000 km during the 2-2 1/2 hr of the descent. The three attachment points for the parachute bridles are located around the periphery; from them, the Kevlar bridles lead to the rectangular box where both the main 'chute and the smaller stabiliser are stored during the 6.7-year cruise.

The central, aluminium-coloured canister contains the explosive mortar that will initiate the parachute descent at the end of the entry phase (speed Mach 1.4) by firing a small deployment chute through a membrane, in the centre of the Back Cover (left), which is itself then detached by the parachute's drag. From launch until Titan descent, the Back Cover and
Front Shield cocoon the DM. The gold-coloured multi-layer insulation blankets will provide benign thermal conditions inside, both at Venus (0.6 AU) and Saturn (9 AU).
Images 'Descent module', 'Shield insulation', 'CD-ROM' show the final integration of the Huygens Probe at DASA Space Systems in Ottobrun, Germany.