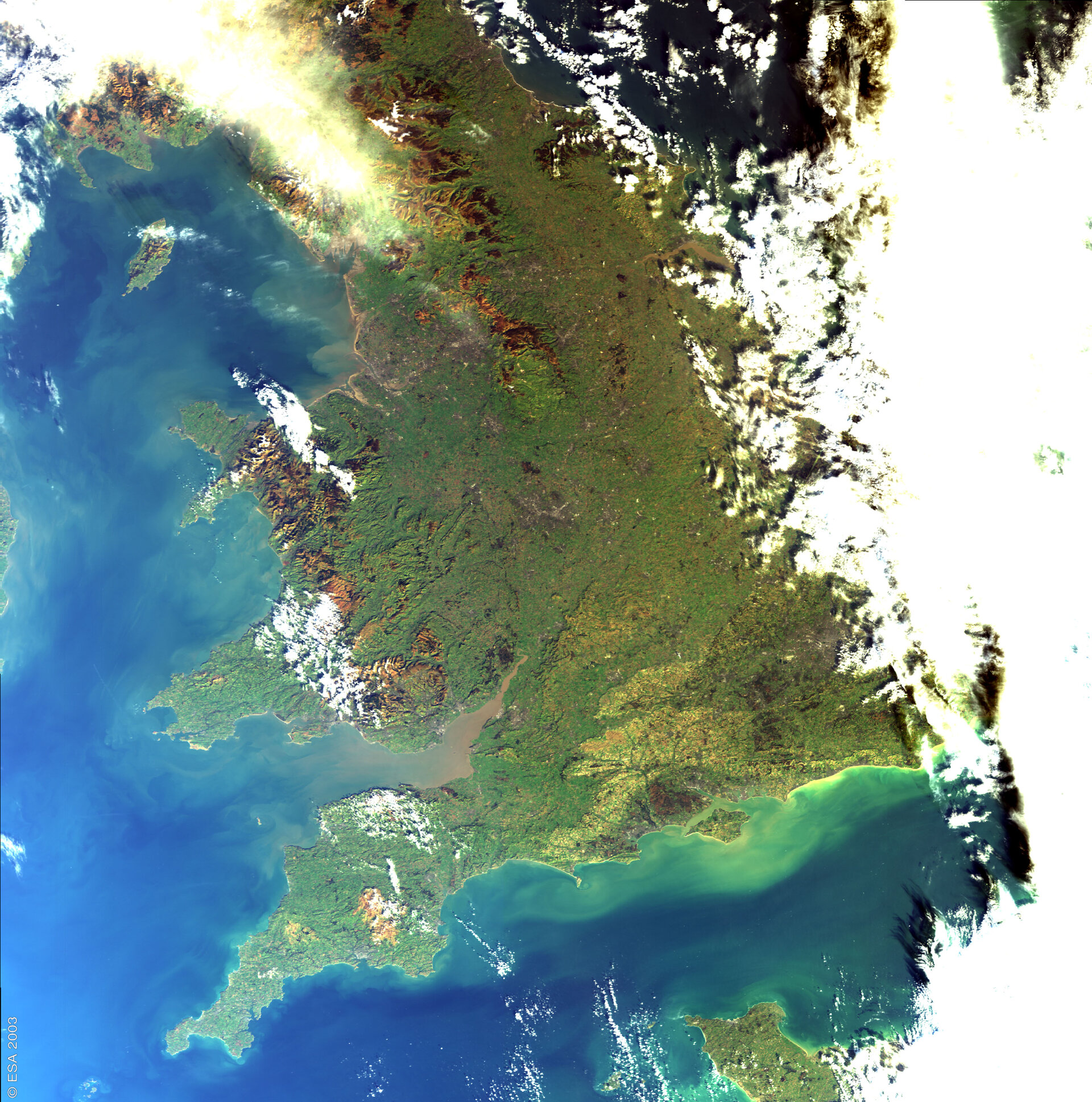 It’s a clear January day over much of England and Wales on this full resolution Medium Resolution Imaging Spectrometer (MERIS) Image.

Off the south coast of England the light green colour surrounding the Isle of White is suspended sediment, sedimentation is very high in this area. Sediment is also being transported into the Bristol Estuary from the River Severn in south western England, with the city itself just on the eastern side of the estuary.

In the centre of England is the city of Birmingham, and to the north of here Manchester, and on the north west coast Liverpool. Running up the centre of the country from the east of Manchester are the Pennines.

In Wales Snowdonia and the Brecon Beacons can be clearly, with light cloud scattered above them.