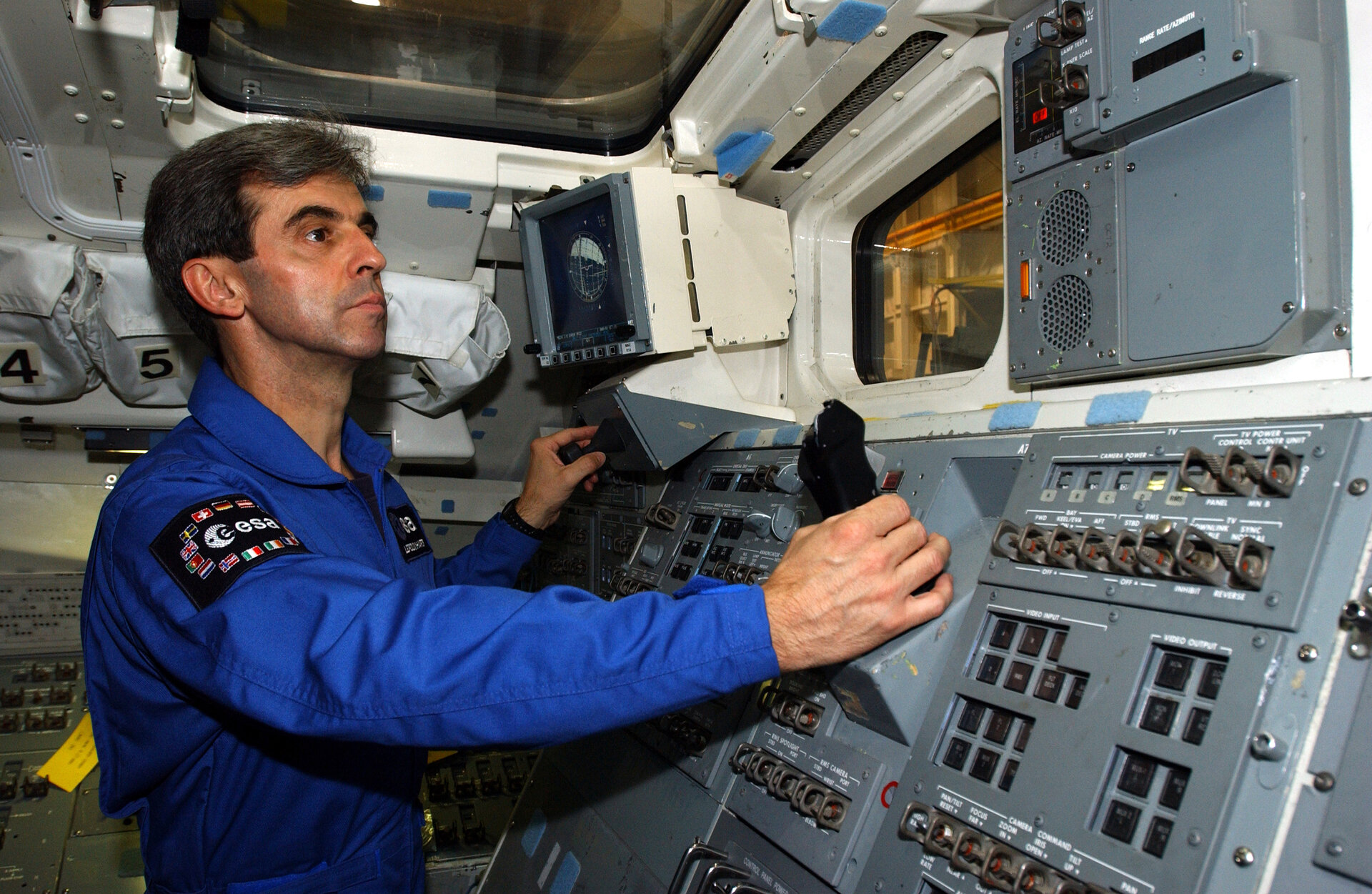 Eyharts has flown on one space mission to the Russian Mir space station (29 January to 19 February 1998). During this Franco-Russian mission called Pegase, he performed various French experiments in the area of medical research, neuroscience, biology, fluid physics and technology.