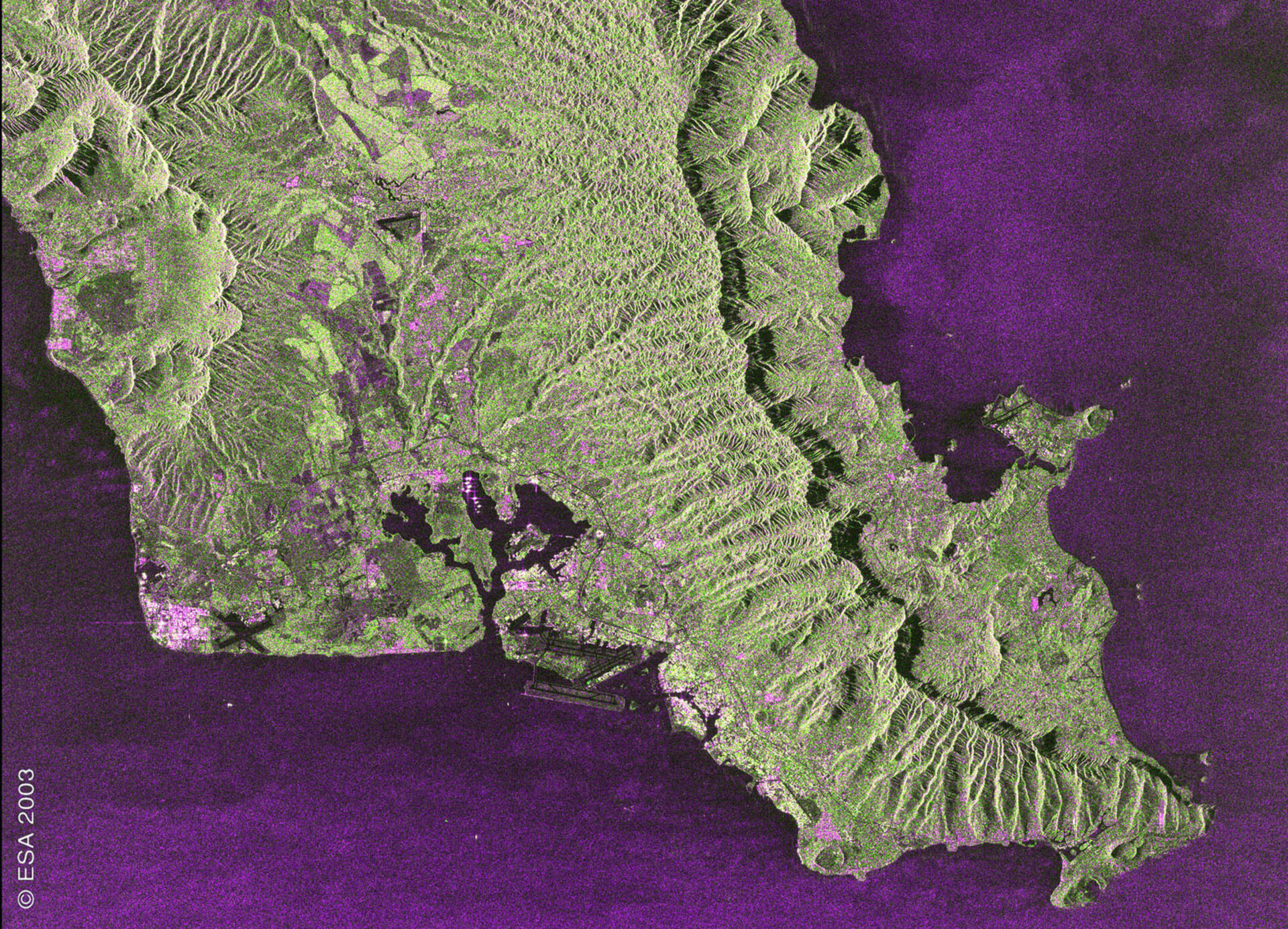 This image shows an area, 56.5 km wide by 40.7 km long, covering the southern part of Oahu Island, the commercial centre of Hawaii. Oahu Island is home of the state capital, Honolulu, the world’s most famous beach, Waikiki and it is important to United States defence in the Pacific due to the presence of Pearl Harbor naval base. The image results from a colour composite. The green colour that dominates the image results from the extensive vegetation of the island (high VH backscatter due to volume scattering). Smooth surfaces, such as bare soils or area with low vegetation, appear in purplish tones. The Koolau Range mountains chain runs from North to South on the east side of the island separating with sharp cliffs “windward” Oahu from the rest of the island. Shadow areas in the image created by the Koolau mountains are particularly large due to the high elevation angle in IS7 beam (approximately 40 deg.). Pearl Harbor, marked by several inlets and bays, can be seen in the centre of the image, with a large fleet of boats in the west side of the harbour. Runways of three airports are clearly visible, the Kalaeloa Airport (the former Barbers Point Naval Air Station) in cross form on the southwest coast, the Kaneohe Marine Corps airport on the east coast and the international airport on the southeast of Pearl Harbor. The cities appear in magenta and yellow tones depending whether they are densely populated (low VH backscatter) or not (equally high backscatter in VV and VH). The principal cities are Kapolei seen in magenta colour on the southwest coast, Honolulu on the east of the international airport and Waikiki further east, backed by the famous Diamond Head, an extinct volcano.