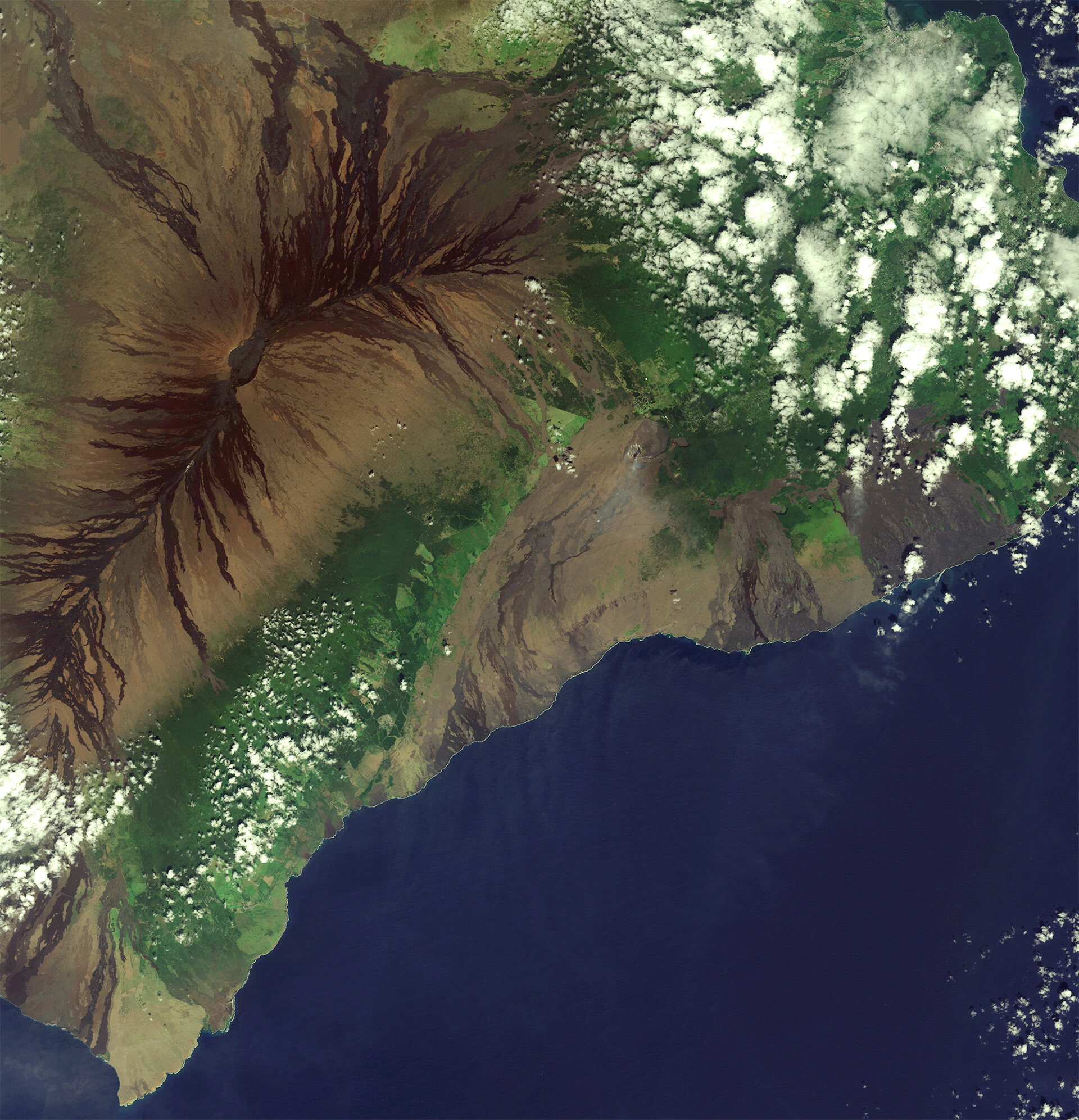 The volcanic landscape of the largest island in the Hawaiian archipelago is pictured in this Sentinel-2A satellite image.

Located in the central Pacific Ocean, the islands, atolls and islets of Hawaii developed from a hotspot in Earth’s mantle that leaked magma as the Pacific tectonic plate moved northwest, creating a trail of exposed rock.

The island pictured here is the southeastern-most island – and therefore youngest of the chain – and is volcanically active. We can clearly see the Mauna Loa volcano in the upper left with the darker remnants of lava flows down its gentle slopes. The other active volcano, Kīlauea, can be seen smoking near the centre of the image. Both active volcanos sit within the Hawaii Volcanoes National Park.

Throughout the image, the brown and black lava flows – the darker being younger – are interspersed with green forests and fields. The clouds in this very high-rainfall area are formed by trade winds from the northeast being blocked by the mountains in the middle of the ocean, which also leads to frequent heavy rainfall.

On the centre-right side of the image along the coast, we can see a plume of steam where lava flows into the ocean. The lava is seeping out of a fissure in a nearby lava lake and making its way into the ocean.  Nearby, we can also see the discontinuation of a road, cut off by a lava flow.

This image, also featured on the Earth from Space video programme, was captured by the Copernicus Sentinel-2A satellite on 27 October 2016.

The Sentinel-2 mission comprises two satellites. Sentinel-2A has been in orbit since 2015; its twin, Sentinel-2B, is set for launch during the night of 6/7 March. Together, the satellites will revisit the same spot over the equator every five days, and even more often at higher latitudes.