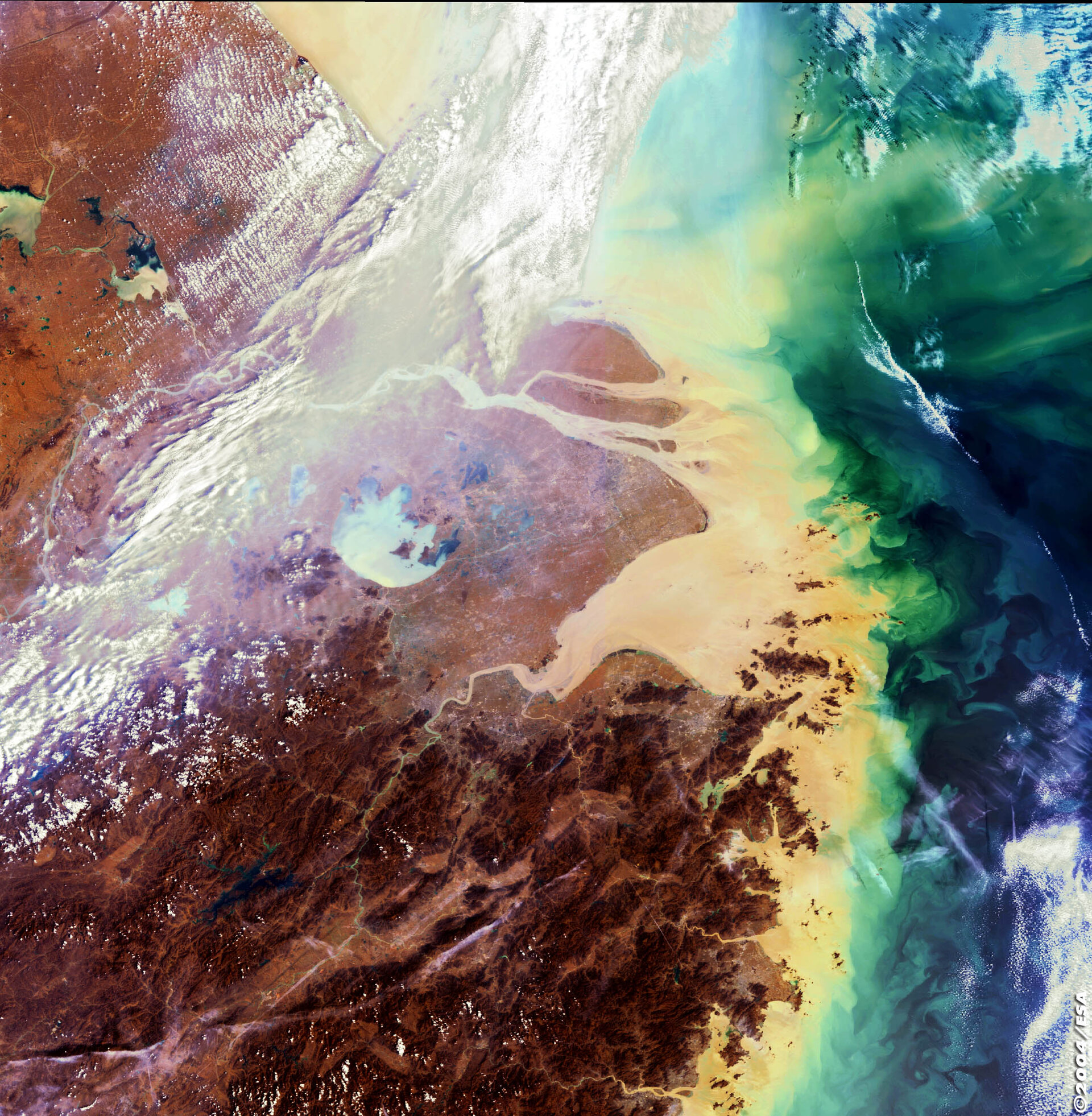 This image covers the region of Shanghai in China. The city of Shanghai lies on the south bank of the Yangtze River mouth throwing itself into the East China Sea. The Yangtze River is the longest river in Asia, about 950 kilometers of its 6300 total length are navigable, which makes it an extensive and important transport network. The Yangtze River and its branches and the many lakes are a major source for drainage.

Shanghai is one of the world's largest cities, China's largest ciy and main commercial and industrial center.
The low-lying area around the city is one of the most important agricultural regions (rice, silk) and has a dense network of canals to facilitate transport of farm productions into the city centre.

South of Shanghai the landscape changes into rugged mountain ranges, and plenty of offshore islands in the Hangzhou Bay, where the Fuchun River ends. The major production in these upland areas is tea.