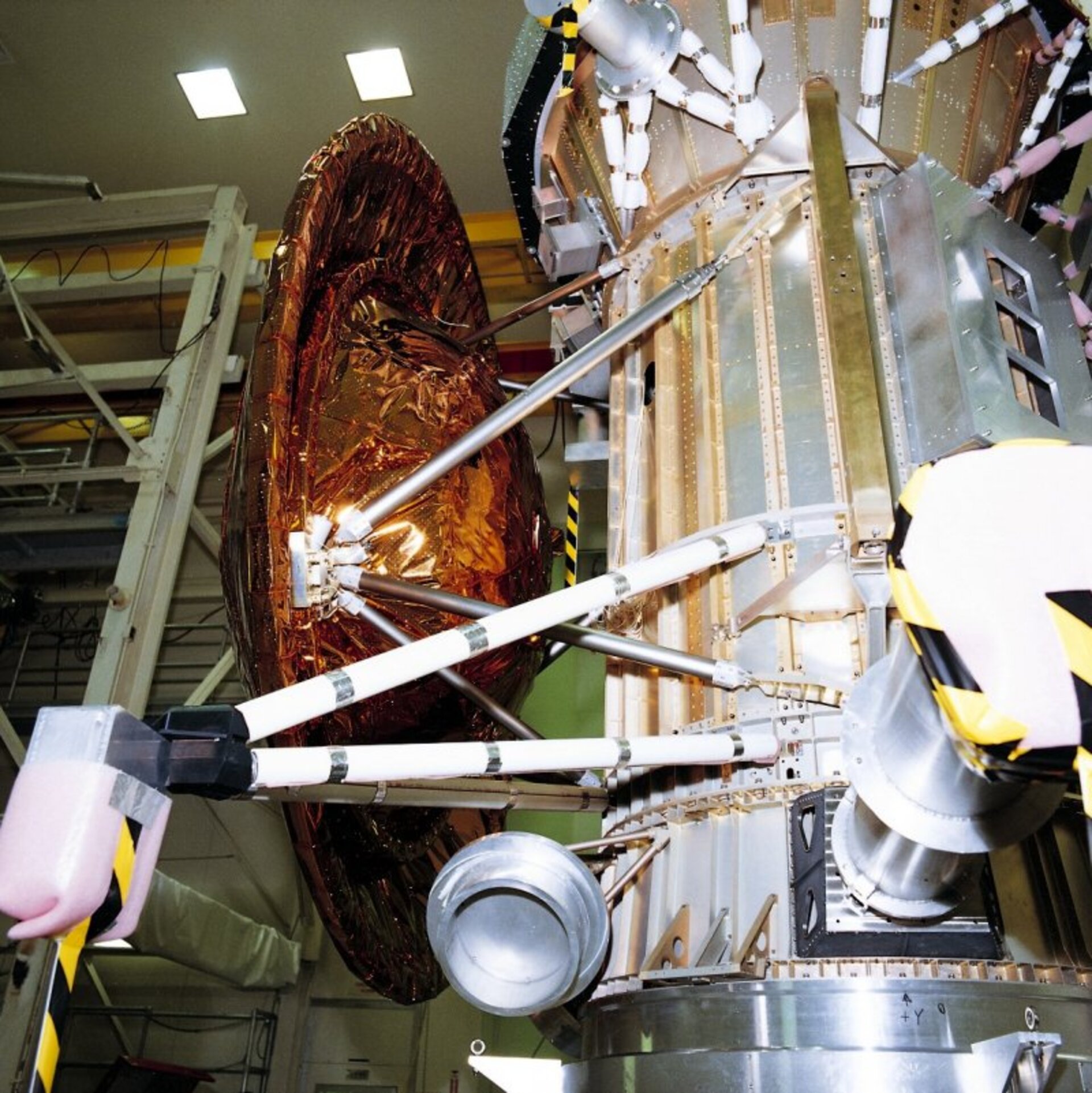 Mechanical/structural models of ESA's Huygens Probe and NASA's Saturn orbiter were assembled at the Jet Propulsion Laboratory to test their structural and thermal performances. The gold-coloured blanket covering Huygens will protect it from heat, cold and micrometeoroid impacts during the 6.7-year journey to Titan.