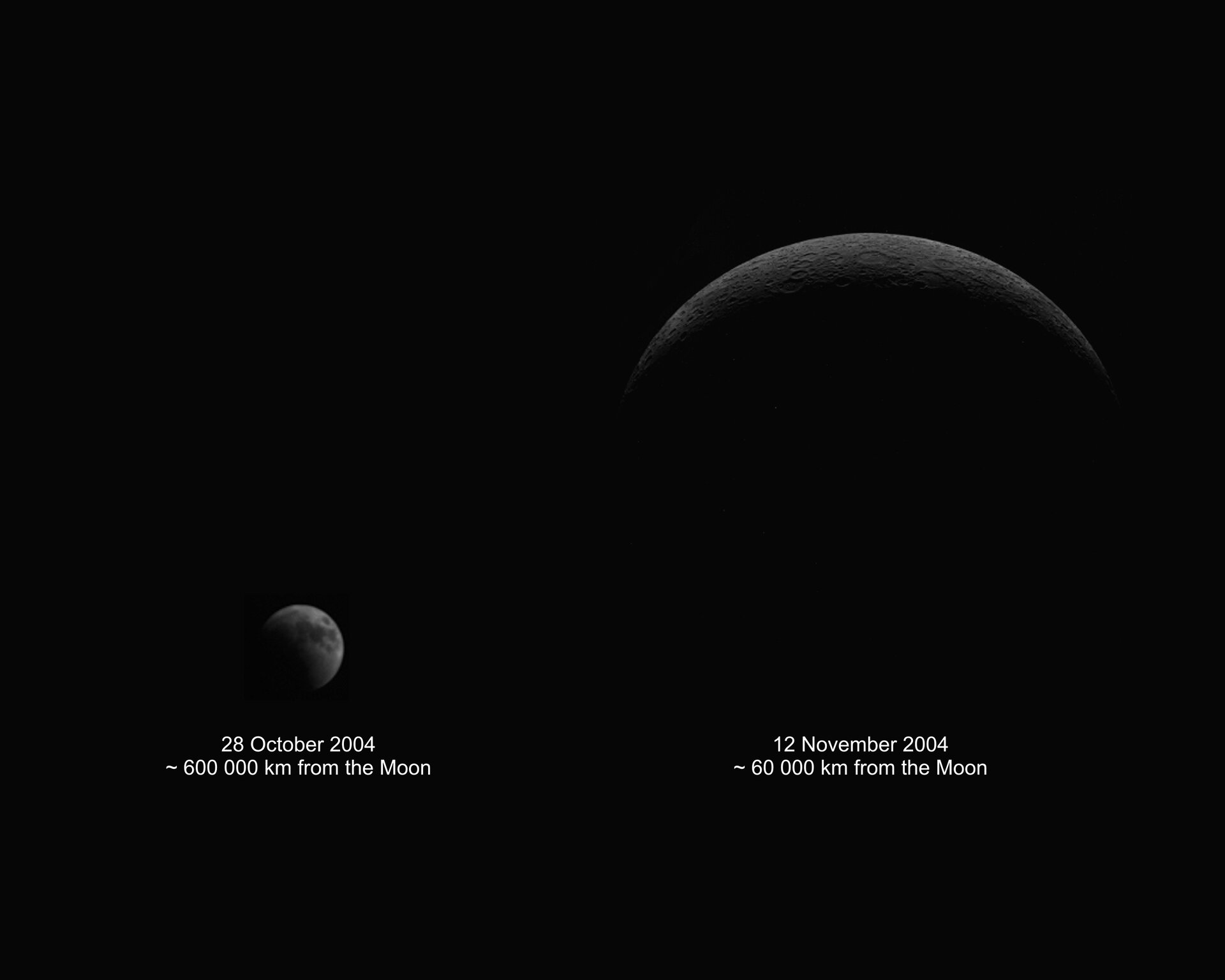 This image shows the Moon as seen by SMART-1 during the approach phase. The image was taken on 12 November, at a distance of about 60 000 kilometres. At that time, the Moon was invisible from Earth (new Moon).

The slightly illuminated part at the top of the Moon shows a ‘slice’ of the Moon far side at about the latitude of the lunar north pole. The far side is seen for the first time by a European spacecraft, and ESA is only the fourth organisation to do so in the history of lunar exploration.

Click on the Hi-res link to see the full image, you see the first image (on the left), taken about fifteen days earlier on 28 October, at a distance of about 600 000 kilometres from the Moon, when the spacecraft was in its last orbit around Earth.

The Moon image on the right, is the last shot that the AMIE camera could take before SMART-1 prepared for the delicate manoeuvre that will stabilise the spacecraft in lunar orbit, consisting in a burn of the ion engine that will last for about four days, from 15 to 19 November 2004.