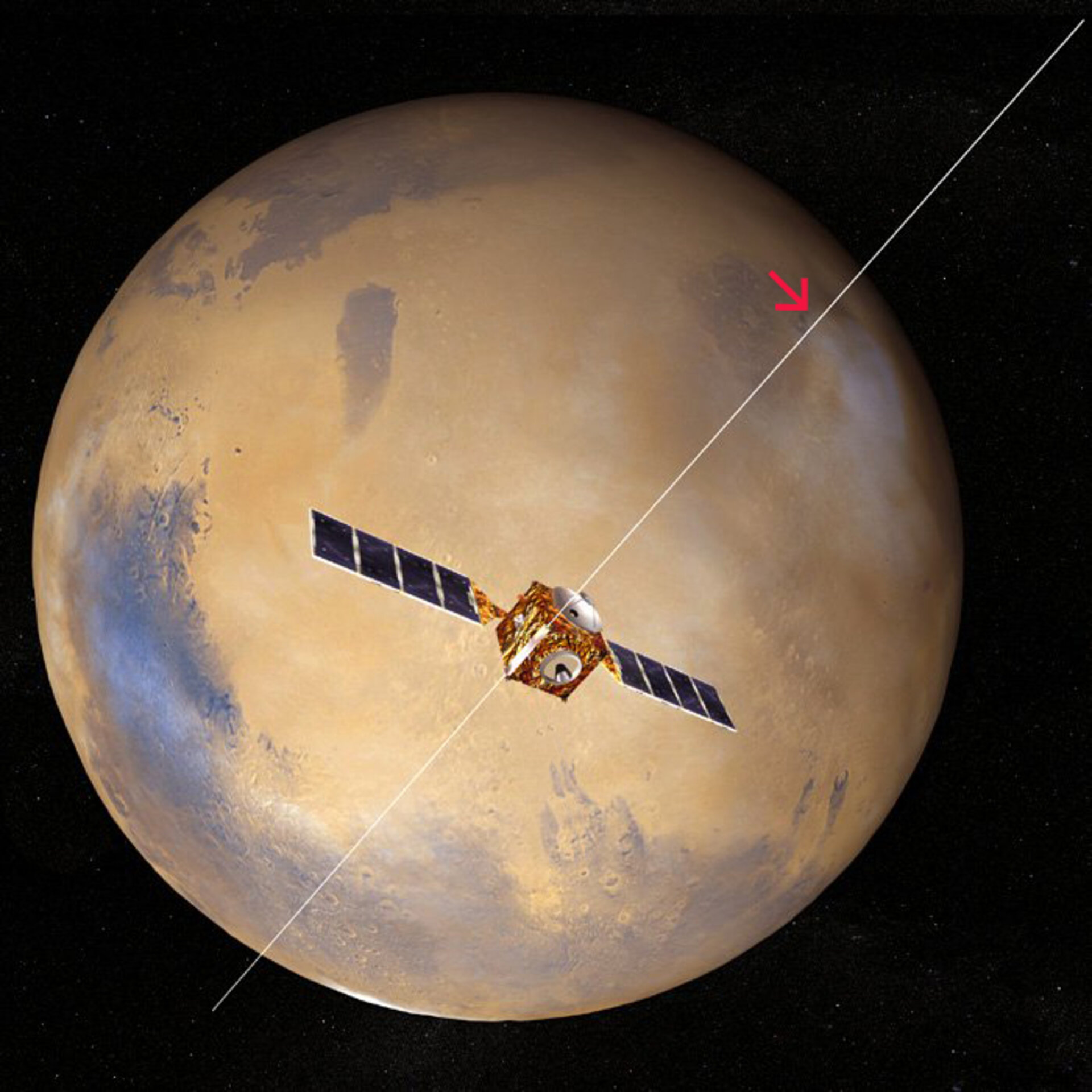 Mars Express in orbit around Mars with the MARSIS antenna unfurled

The 2nd antenna of the Mars Express radar MARSIS (indicated by the red arrow) is due to be deployed in mid-June 2005.

The Mars Express Sub-Surface Sounding Radar Altimeter (MARSIS) experiment is to map the Martian sub-surface structure to a depth of a few kilometres. The instrument's 40-metre long antenna booms will send low frequency radio waves towards the planet, which will be reflected from any surface they encounter.

MARSIS is one of the seven science experiments carried on board Mars Express, one of the most successful missions ever flown to the Red Planet. Mars Express was launched on 2 June 2003 and entered Mars orbit in December 2003.