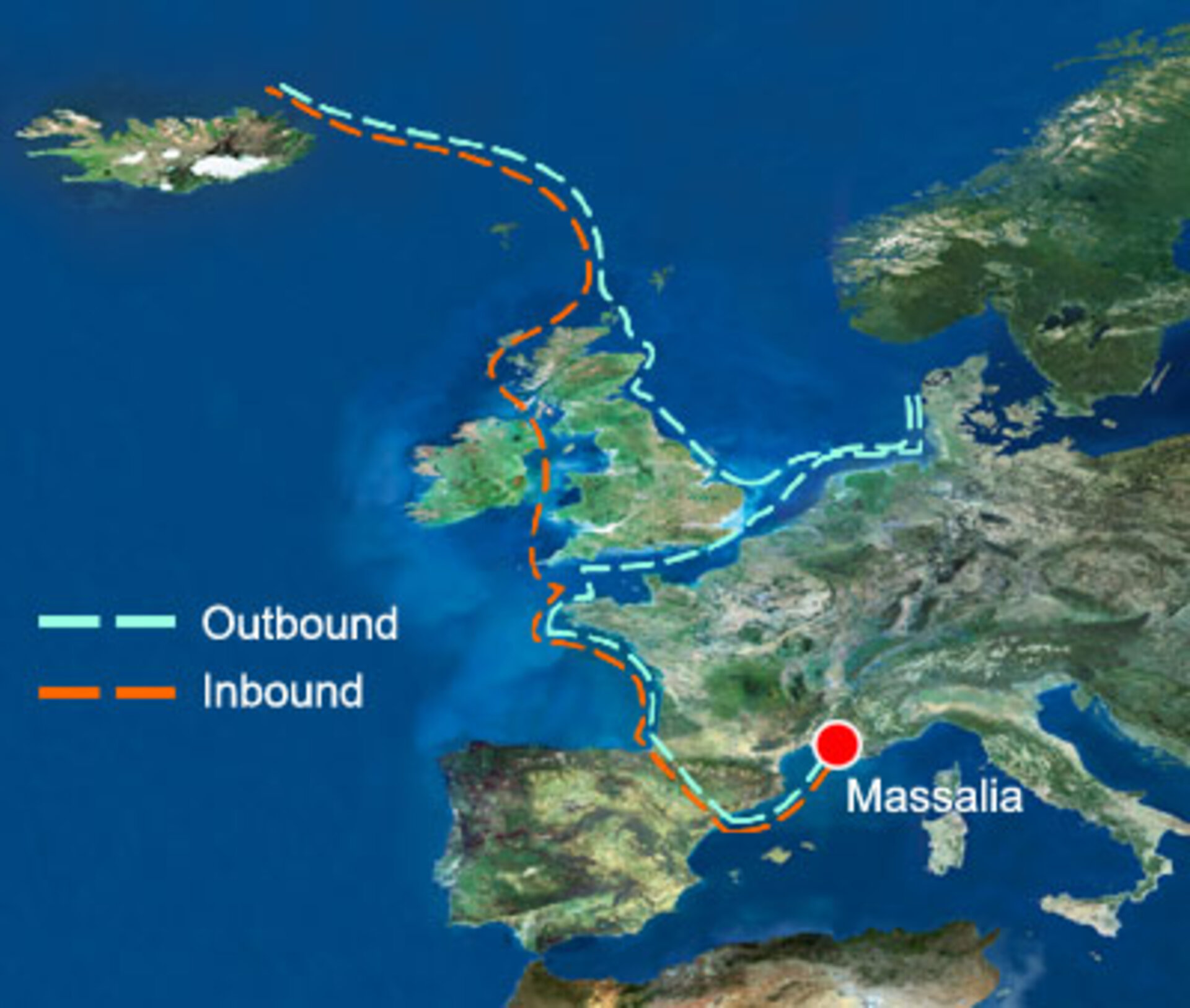 The journey of Pytheas

The probable route of early Greek explorer Pytheas. In 330 BC he journeyed from the Greek colony on Massalia on the current site of Marseilles up above the Arctic Circle to 'Ultima Thule' - probably Iceland. Route details taken from 'The Extraordinary Voyage of Pytheas the Greek' by Barry Cunliffe, Professor of European Archaeology, Oxford University.