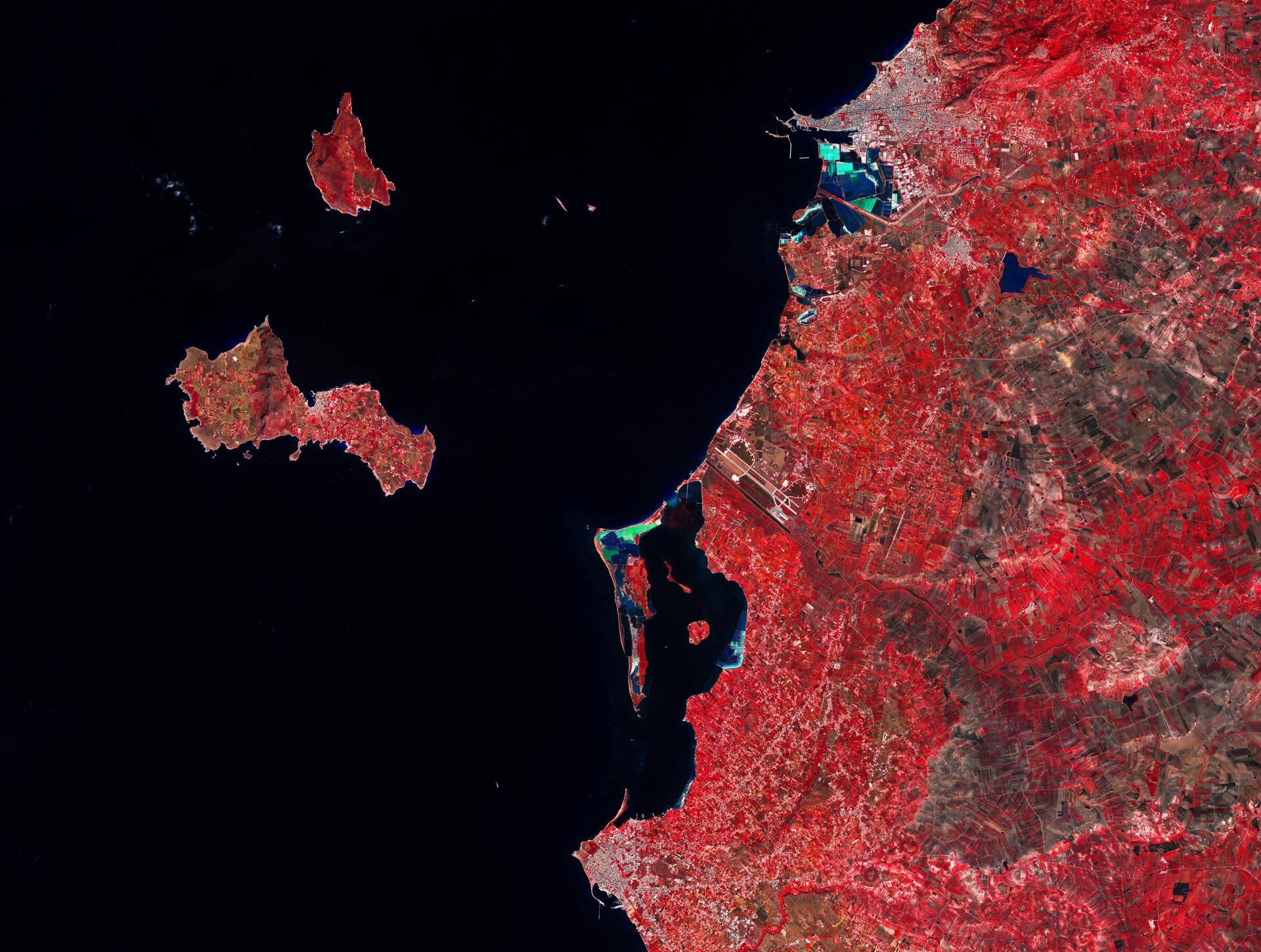 Captured on 3 September 2018 by the Copernicus Sentinel-2A satellite, this image shows part of western Sicily in Italy and two of the main Aegadian Islands: Favignana and Levanzo.

This false-colour image included the near-infrared channel and was processed in a way, that makes vegetation appear in bright red.

The bright turquoise colours, near the port city of Trapani, at the top of the image, and the Isola Grande in the middle of the image, depict salt marshes. Both the Saline di Trapani e Paceco Nature Reserve and the Stagnone Nature Reserve with their shallow sea waters, windy coast and abundant sunshine, make the area between Marsala, at the bottom of the image, and Trapani an ideal place for salt production.

The reserve consists of more than 1000 hectares of landscape dotted with windmills, migratory birds such as flamingos and light-red lagoons visible in summer. This greenish-blue colour is heavily contrasted with the black of the open Mediterranean Sea.

The islands, off the coast, are rich in history, both boasting Paleolithic and Neolithic cave paintings. The most famous being the Grotta del Genovese on the picturesque island of Levanzo, at the top left of the image. The cave was discovered only in 1949 and is estimated to be between 6000 and 10 000 years old.

Below, the butterfly-shaped island of Favignana, known for its tuna fisheries and a type of limestone known as tufa rock, is the largest of the Aegadian islands. In 241 BC, one of the Punic Wars’ naval battles was fought at the Cala Rossa (Red Cove), named after the bloodshed.