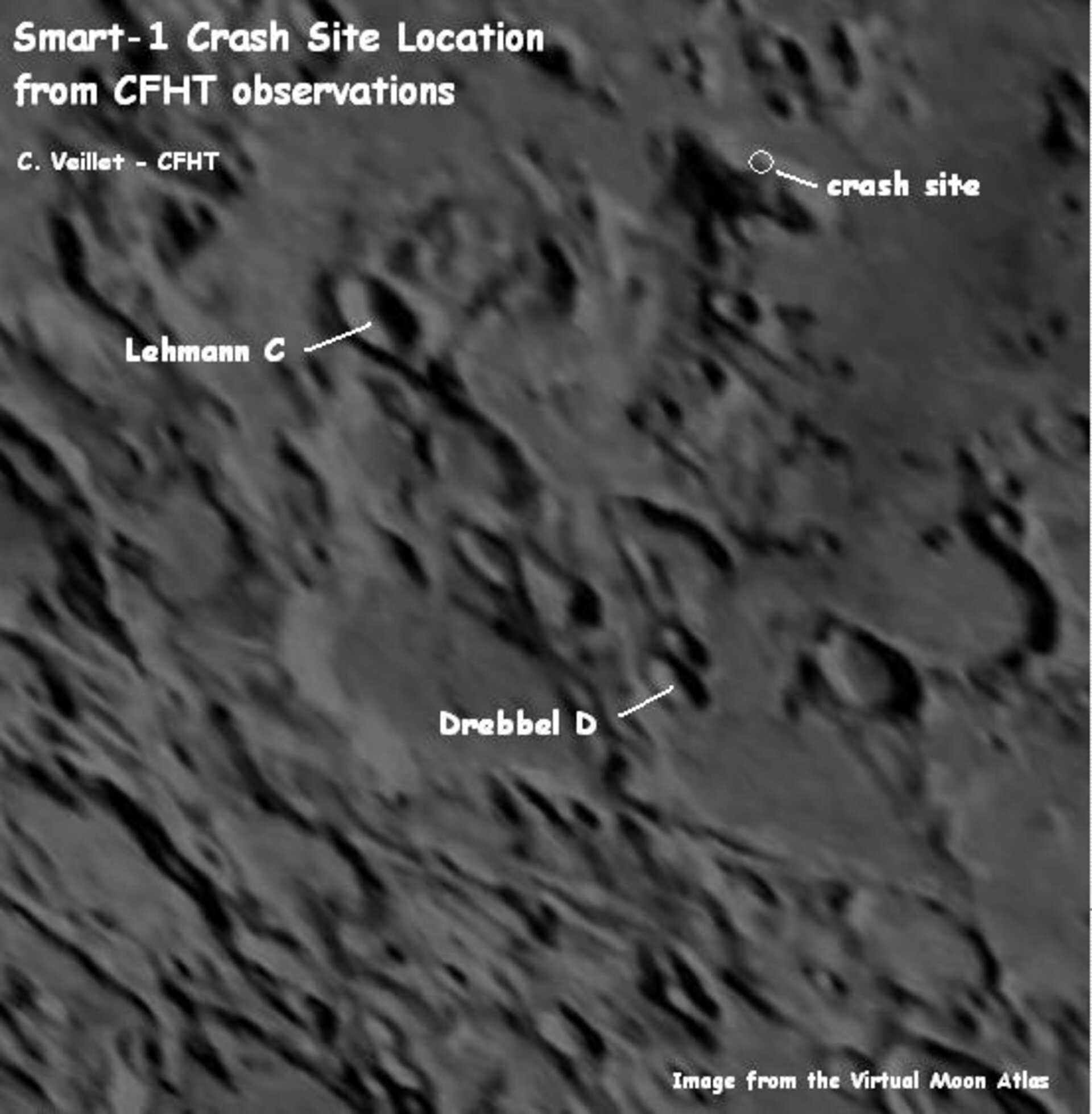 Location of SMART-1 impact by CFHT

This image shows the location of the SMART-1 impact, as estimated by the Canada-France-Hawaii Telescope (CFHT).

To determine the location, the CFHT scientists used the position of the flash relative to a pair of reference craters visible as bright areas on the CFHT images, and a map of the Moon as seen from Mauna Kea at the time of the impact using the Moon Virtual Atlas. A simple triangulation allowed to pinpoint the impact area within a couple of kilometres.

The crash site determined from the CFHT observations is actually almost coinciding with the last ESA predictions before the impact. Courtesy of CFHT.