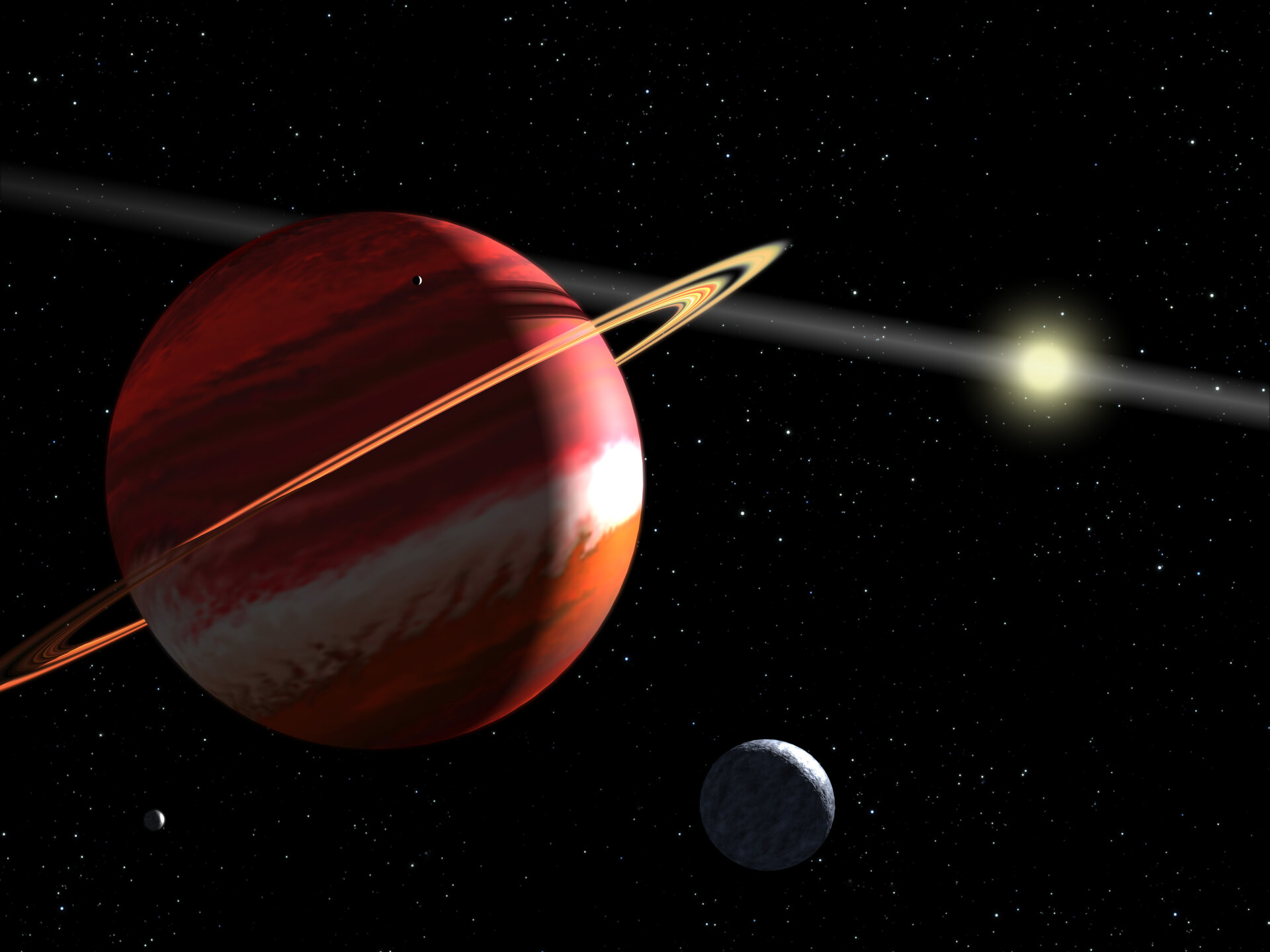 Artist’s concept of nearest exoplanet to our Solar System

This is an artist's concept of a Jupiter-mass planet orbiting the nearby star Epsilon Eridani. Located 10.5 light-years away, it is the closest known exoplanet to our solar system. The planet is in an elliptical orbit that carries it as close to the star as Earth is from the Sun, and as far from the star as Jupiter is from the Sun.

Epsilon Eridani is a young star, only 800 million years old. It is still surrounded by a disk of dust that extends 30 thousand million kilometres from the star. The disk appears as a linear sheet of reflecting dust in this view because it is seen edge-on from the planet’s orbit, which is in the same plane as the dust disk.

The planet’s rings and satellites are purely hypothetical in this view, but plausible. As a gas giant, the planet is uninhabitable for life as we know it. However, any moons might have conditions suitable for life.

Astronomers determined the planet’s mass and orbital tilt in 2006 by using Hubble to measure the unseen planet's gravitational pull on the star as it slowly moved across the sky. Evidence for the planet first appeared in 2000 when astronomers measured a tell-tale wobble in the star.