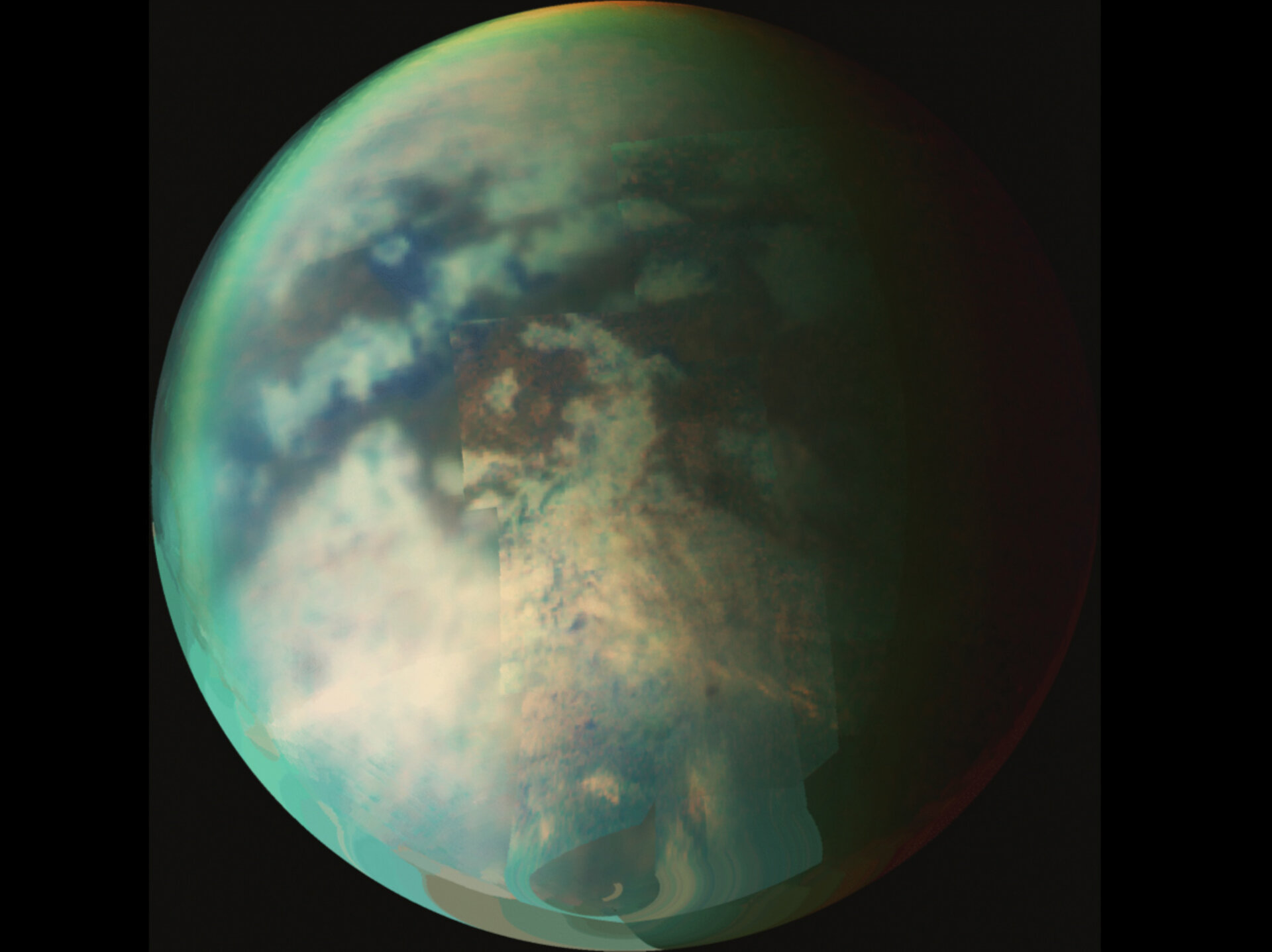 This image is a composite of several images taken during two separate Titan flybys on 9 October (T19) and 25 October (T20) 2006.

The large circular feature near the centre of Titan’s disk may be the remnant of a very old impact basin. The mountain ranges to the southeast of the circular feature, and the long dark, linear feature to the northwest of the old impact scar may have resulted from tectonic activity on Titan caused by the energy released when the impact occurred.