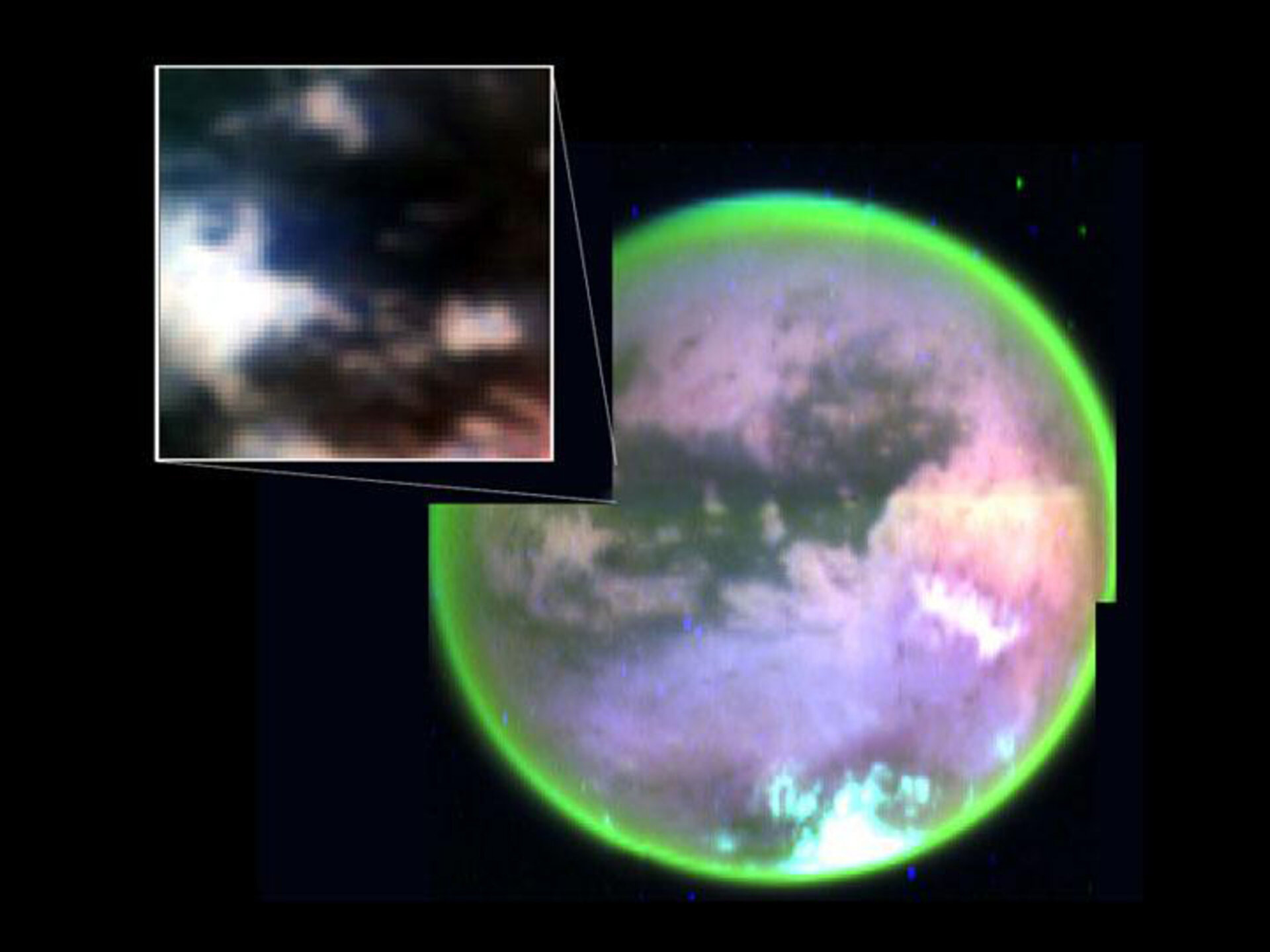 This image taken by the Cassini-Huygens Visual and Infrared Mapping Spectrometer clearly shows surface features on Titan. It is a composite of false-colour images taken at three infrared wavelengths: 2 microns (blue); 2.7 microns (red); and 5 microns (green). A methane cloud can be seen at the south pole (top of image). This picture was obtained as Cassini flew by Titan at altitudes ranging from 100 000 to 140 000 kilometres, less than two hours before the spacecraft's closest approach. The inset picture shows the landing site of Cassini's piggybacked Huygens probe.