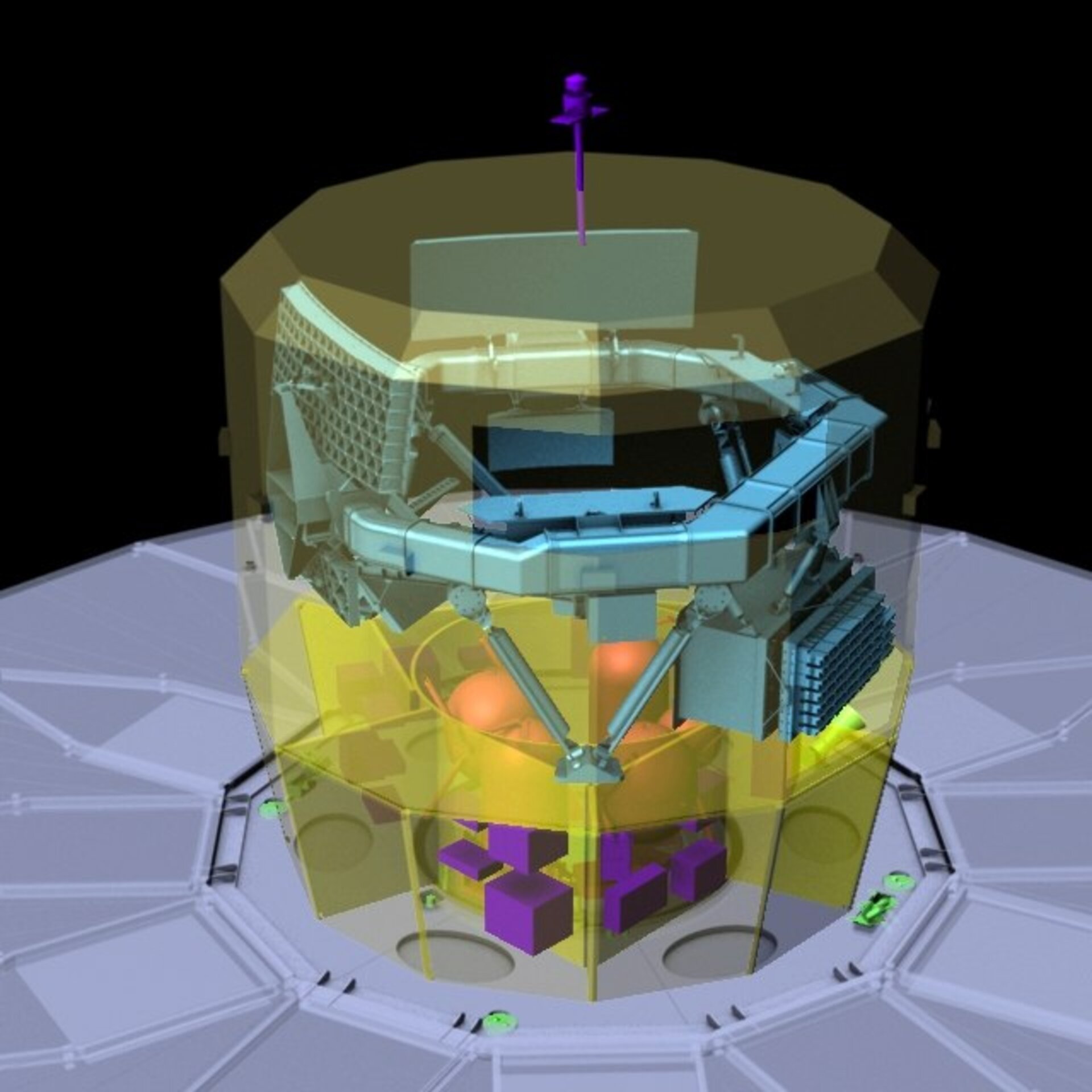 Artist's impression of the Gaia spacecraft. Several components are made transparent to reveal other sections.

The unfolded sunshield is the transparent grey platform in the lower part of the image. Attached to the outside of the flat and uniform deployable sunshield are 6 solar panels, which can also be seen in this view.