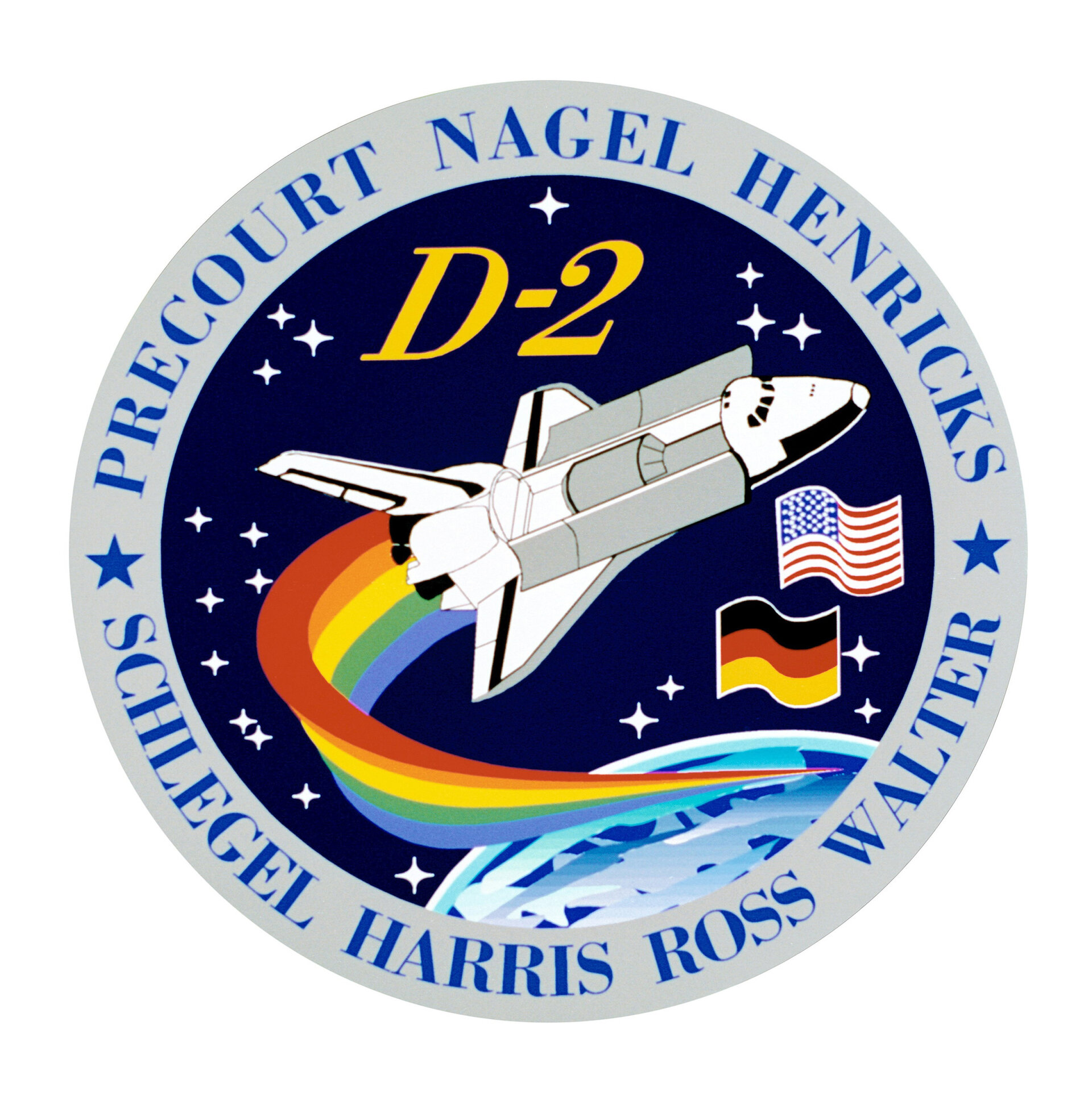 ESA astronaut Hans Schlegel (DE) made his first spaceflight as a Payload Specialist on Space Shuttle Columbia STS-55 in April 1993 (he was then working for the German space agency, DLR). This was the second German Spacelab mission (D-2), where Schlegel and fellow German astronaut Ulrich Walter helped to conduct around 90 experiments in life sciences, material sciences, physics, robotics, astronomy and Earth's atmosphere.
With Schlegel and Walter were astronauts Steve Nagel, Terence Henricks, Jerry Ross, Charles Precourt and Bernard Harris.

Designed by the crew, the patch of STS-55 shows Space Shuttle Columbia over an Earth-sky background. Beneath the orbiter are the American and German flags, representing the partnership of this laboratory mission. The two blue stars in the border bearing the crew names signify each of the back-up payload specialists, Gerhard Thiele (DE) and Renate Brummer (DE). The stars in the sky stand for the children of the crew, representing the space programme's legacy to future generations. The rainbow symbolises the hope for a brighter tomorrow because of the knowledge and technologies gained from this mission's multifaceted experiments.