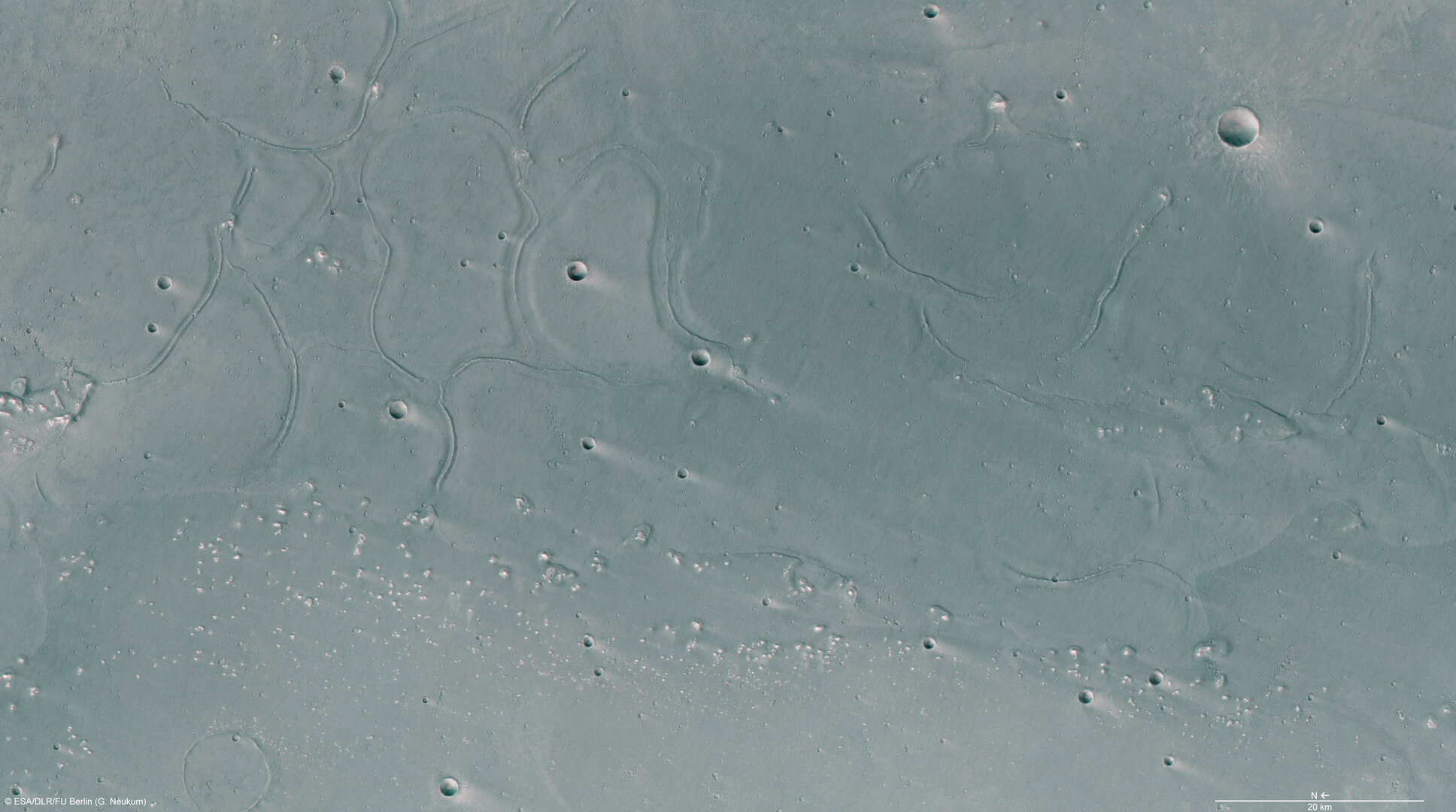 This is an anaglyph (3D) image taken by the High Resolution Stereo Camera (HRSC) on board Mars Express showing the mouth of the Tiu Valles channel system on the red planet. Stereoscopic glasses are required to view the image.

Visible in the lower part of the image are remnants of a once 'streamlined' island.

The upper part of the scene covers the Tiu Valles mouth nearly in its entire width, approximately 55 km. Its winding, meandering ridges, bound by depressions are eye-catching. The processes that formed these odd structures are unknown. Possibly, during flooding events, water or water-rich surface layers came in contact with lava from the surrounding areas, which then might have led to the formation of these mysterious ridges.

The region is located at approximately 27° North and 330° East. The sun illuminates the scene from the North West, lower left-hand side in the image.

This anaglyph image was calculated from the nadir channel and one stereo channel.