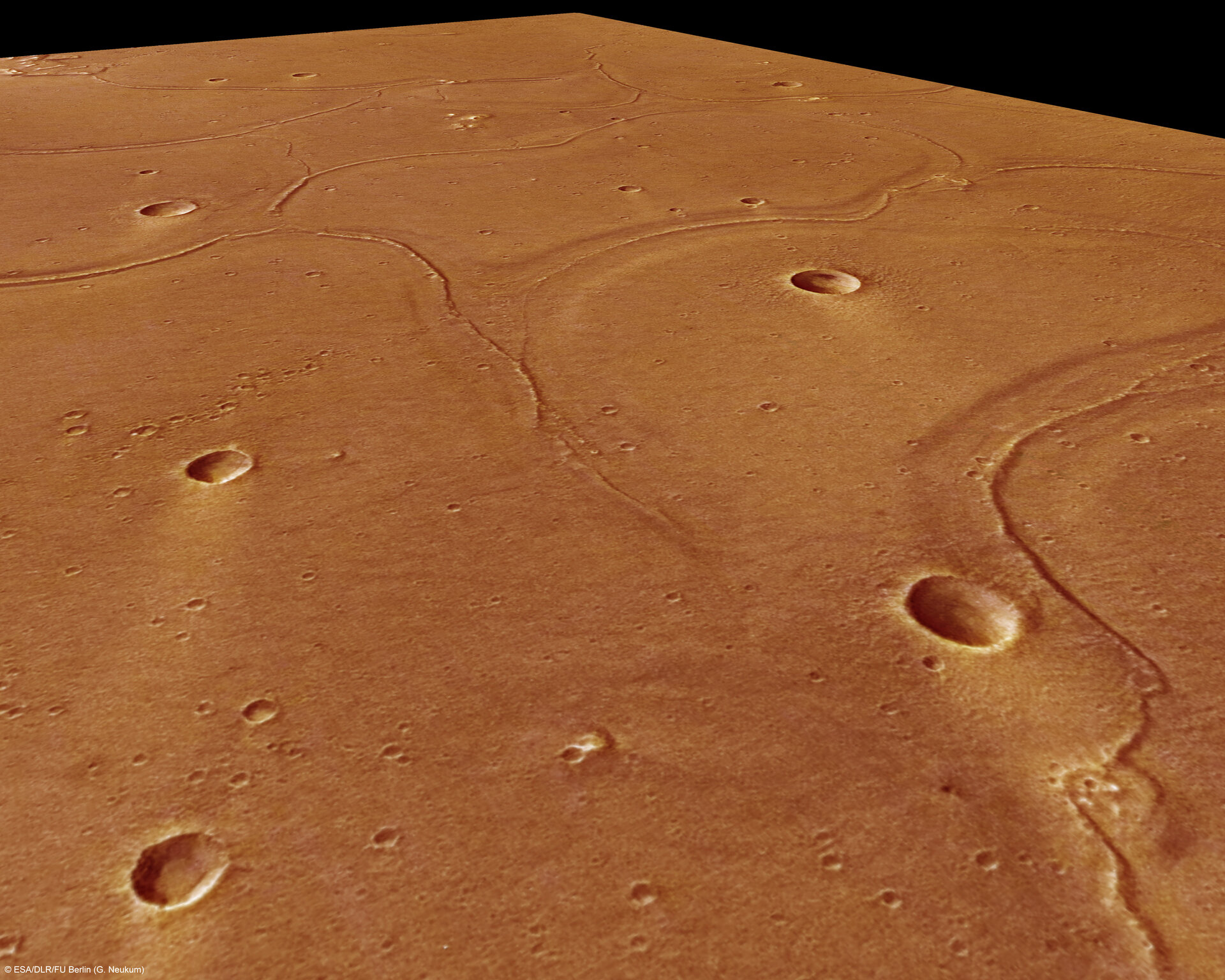 The picture was taken in orbit 3103 on 10 June 2006 with a ground resolution of approximately 16 metres per pixel. The region is located at approximately 27° North and 330° East.

Its winding, meandering ridges, bound by depressions are eye-catching. The processes that formed these odd structures are unknown. Possibly, during floods events, water or water-rich surface layers came in contact with lava from the surrounding areas, which then might have led to the formation of these mysterious ridges.