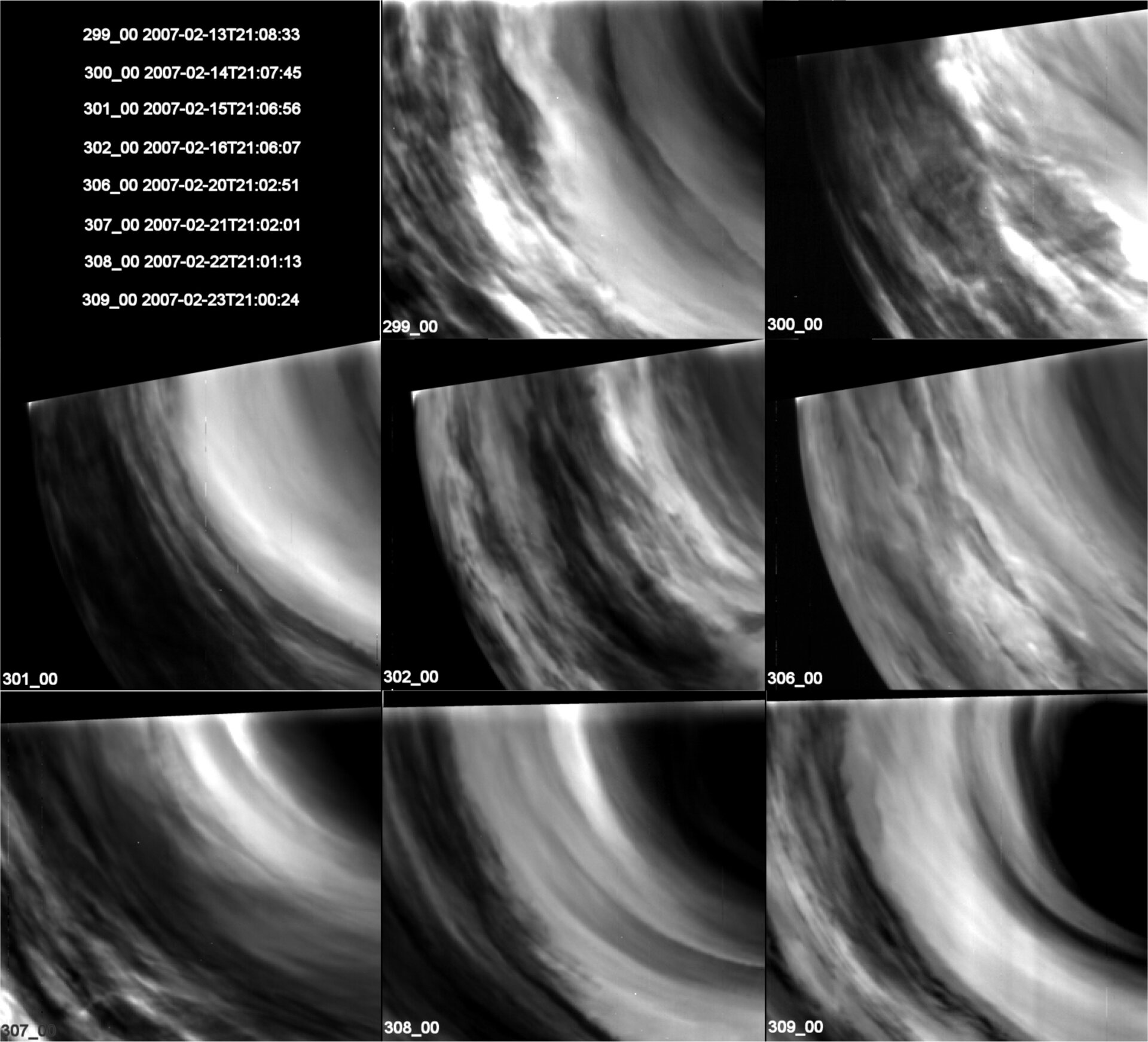 This image is a greyscale version of the colour image that appears earlier in the article.


These images were taken in eight orbits within 10 consecutive Earth days (between orbits 299 and 309) with VIRTIS, in February 2007. The chosen wavelength was approximately 2.3 micrometres.

The images were all taken on the night side, in the evening sector. The quarter that is observed is that which is experiencing late evening, or pre-midnight hours.

It should be taken into account that Venus rotates very slowly as compared to Earth (one venusian day is 243 Earth days).

The distances from the spacecraft to the region observed span 50 000 to 65 000 km. The contrast seen results from deeper cloud layers, at an altitude of about 50 km. The south pole is just outside the image, in the upper right hand side.

It seems that the mid latitudes form a sort of transition region with mostly laminar flow. Moving equatorward, there is more convective flow in the atmosphere, whereas the polar region or the ‘black hole’ in the upper right hand side is where the vortex dominates.

The meteorology of the planet, also its deep atmosphere, is highly variable. The images in the bottom row as well as the leftmost image in the middle row show laminar flow. The rest of the images show turbulent flow.

The greyscale of the images is such that white signifies more transparency, therefore less clouds, while darker or black regions represent higher opacity, or thicker clouds.