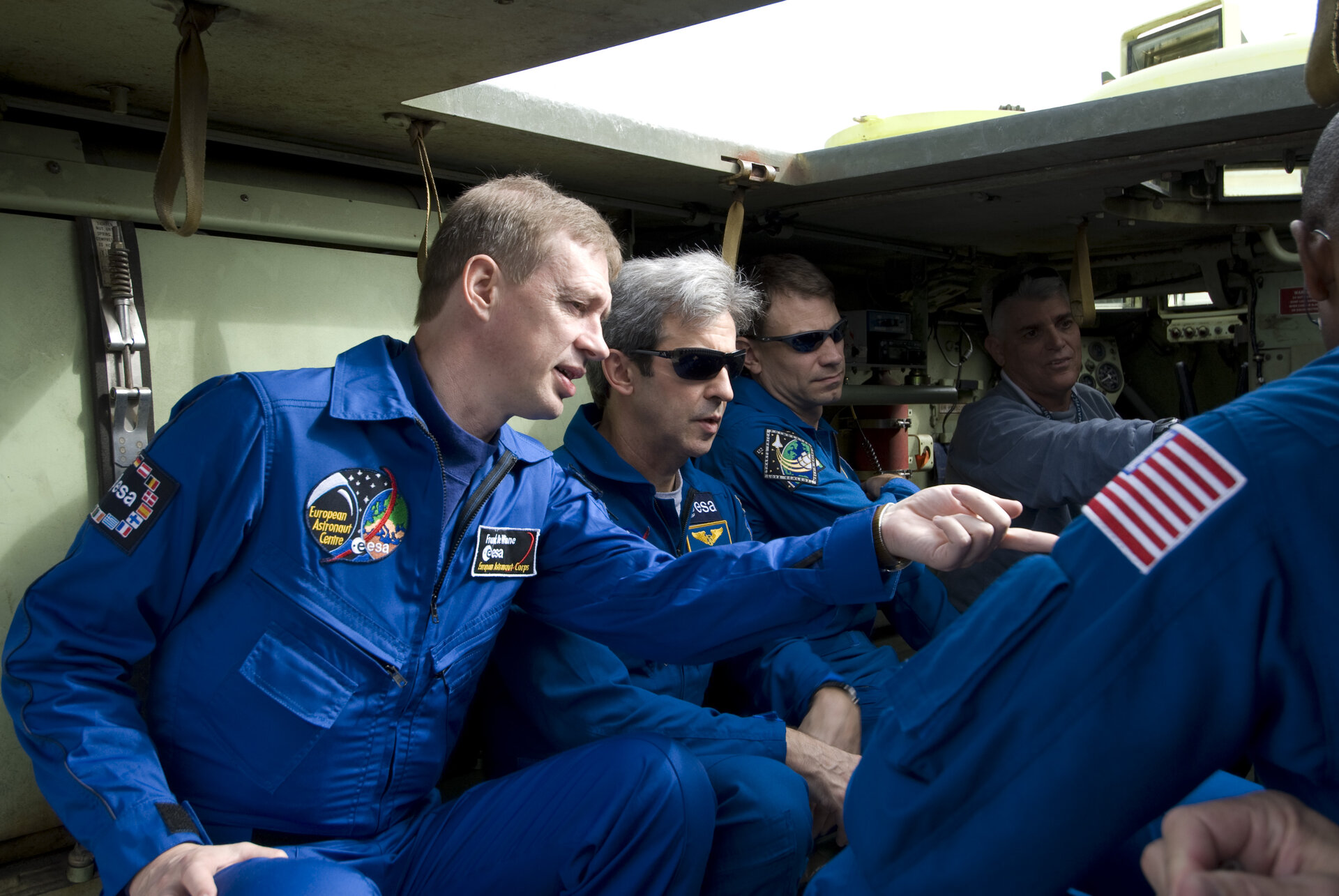 The crew of the STS-122 space shuttle mission (wearing blue jumpsuits) during training on board an emergency evacuation vehicle near the shuttle launch pad area at NASA's Kennedy Space Center, in Cape Canaveral, Florida, in November 2007.

Seated on the bench on the left are ESA astronauts Frank De Winne and Léopold Eyharts. Eyharts will travel to ISS with STS-122. He is due to remain on ISS for two months as a member of the Expedition 16 crew. De Winne is the back-up for Eyharts for the STS-122 mission.