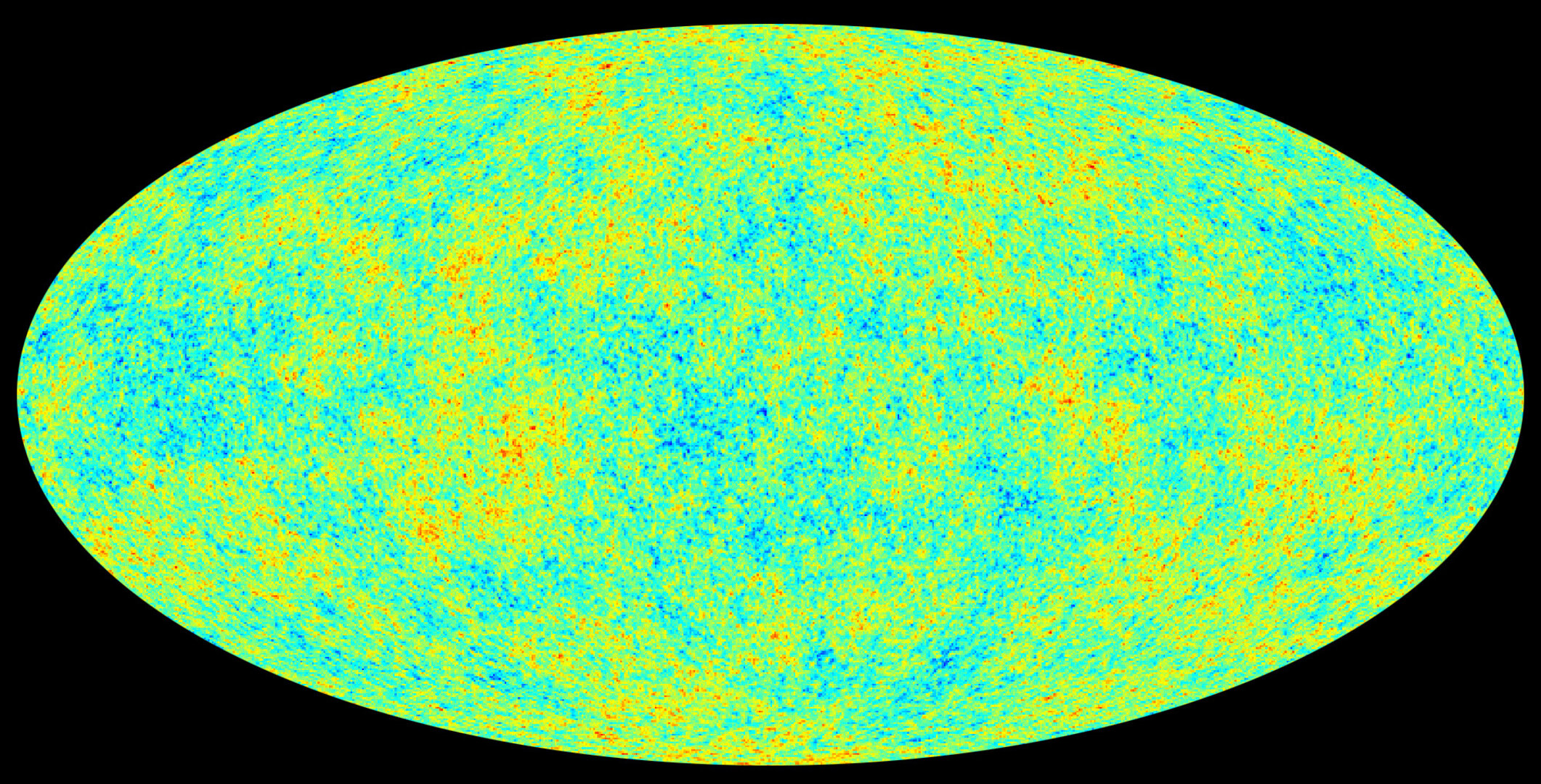 Simulation of the CMB as Planck would see it

The Cosmic Microwave Background, the relic radiation from the Big Bang, permeates the whole Universe in all directions. Today, it appears much colder than it used to be when it started its long cosmic journey; the CMB is in fact recognisable by its very low temperature: 2.7 Kelvin (or about 270º C below zero). However, the temperature of the CMB radiation is not completely uniform. There are tiny variations, or fluctuations, which carry information about the initial conditions of the Universe in which this radiation was liberated. These small variations of the CMB temperature reflect the existence in the primordial soup of the first seeds of the structures, such as galaxies, that we observe in our Universe today.

Planck will be able to measure temperature fluctuations about a million times smaller than one degree - better than any predecessor mission of its kind.