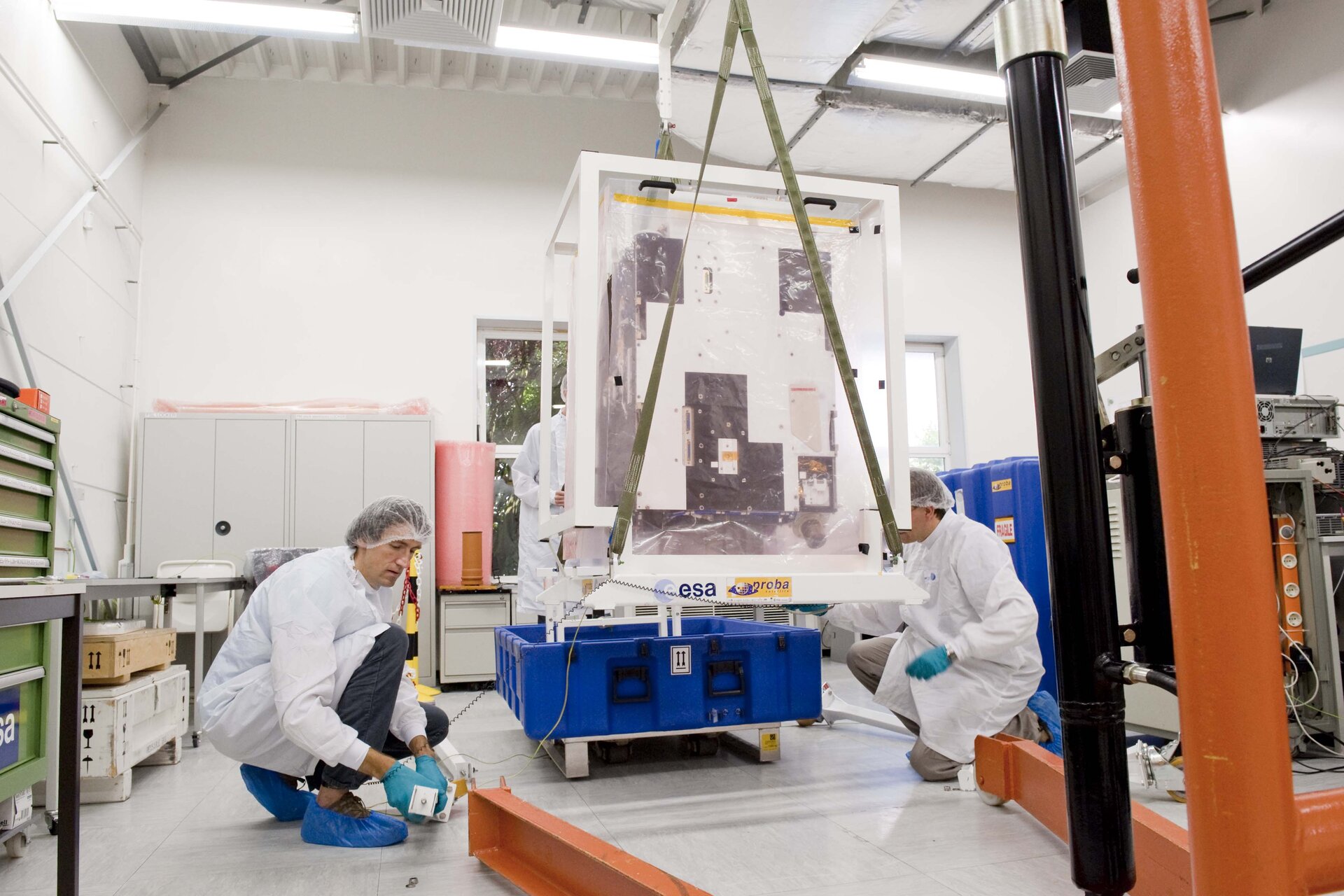 Proba-2, one of the smallest satellites ESA has ever built for space, is about to leave its Belgian homeland. Its development and testing complete, the satellite is being packed up for the first leg of its journey to orbit - shipment to the distant Plesetsk launch site in northern Russia.

Proba-2 is second in ESA's Project for OnBoard Autonomy series, building on nearly eight years of operational experience gained with Proba-1. While standard satellites are truck-sized structures, the Proba satellites have a volume of less than one cubic metre. But this small scale does not limit their functionality: Proba-2 incorporates a total of 17 new technological developments and four scientific experiments, focused on solar and space weather observations.
Like Proba-1 before it, Proba-2 was constructed for ESA by Verhaert Design & Development in the East Flanders town of Kruibeke, with the support of the Belgian Federal Science Policy Office.