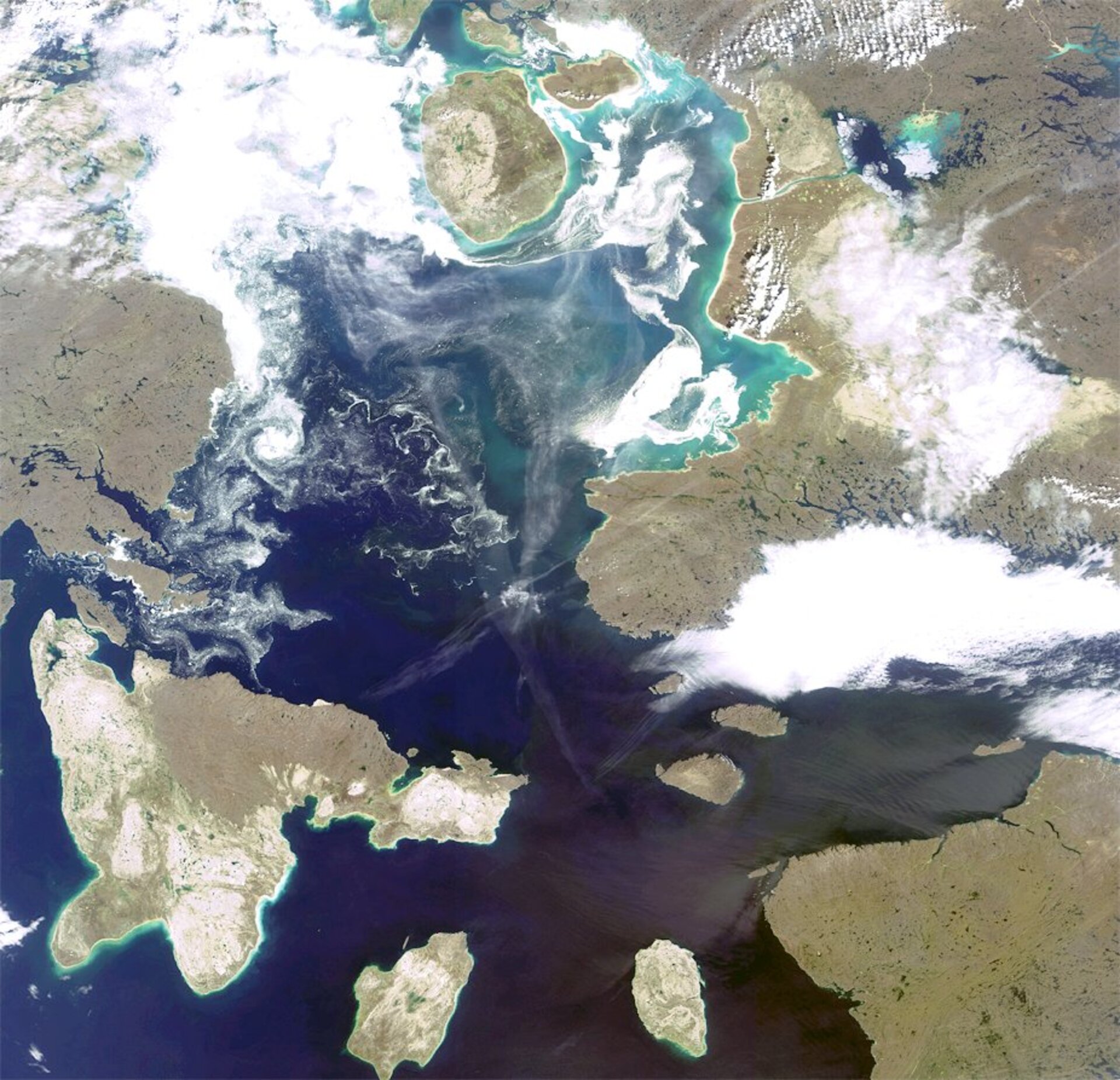 Ungava Peninsula is visible in the bottom right corner beneath the Hudson Strait. The larger island to its northwest is Southampton Island. The two smaller islands at the bottom of the image (Coats, left, and Mansel) lie at the northern part of Hudson Bay.