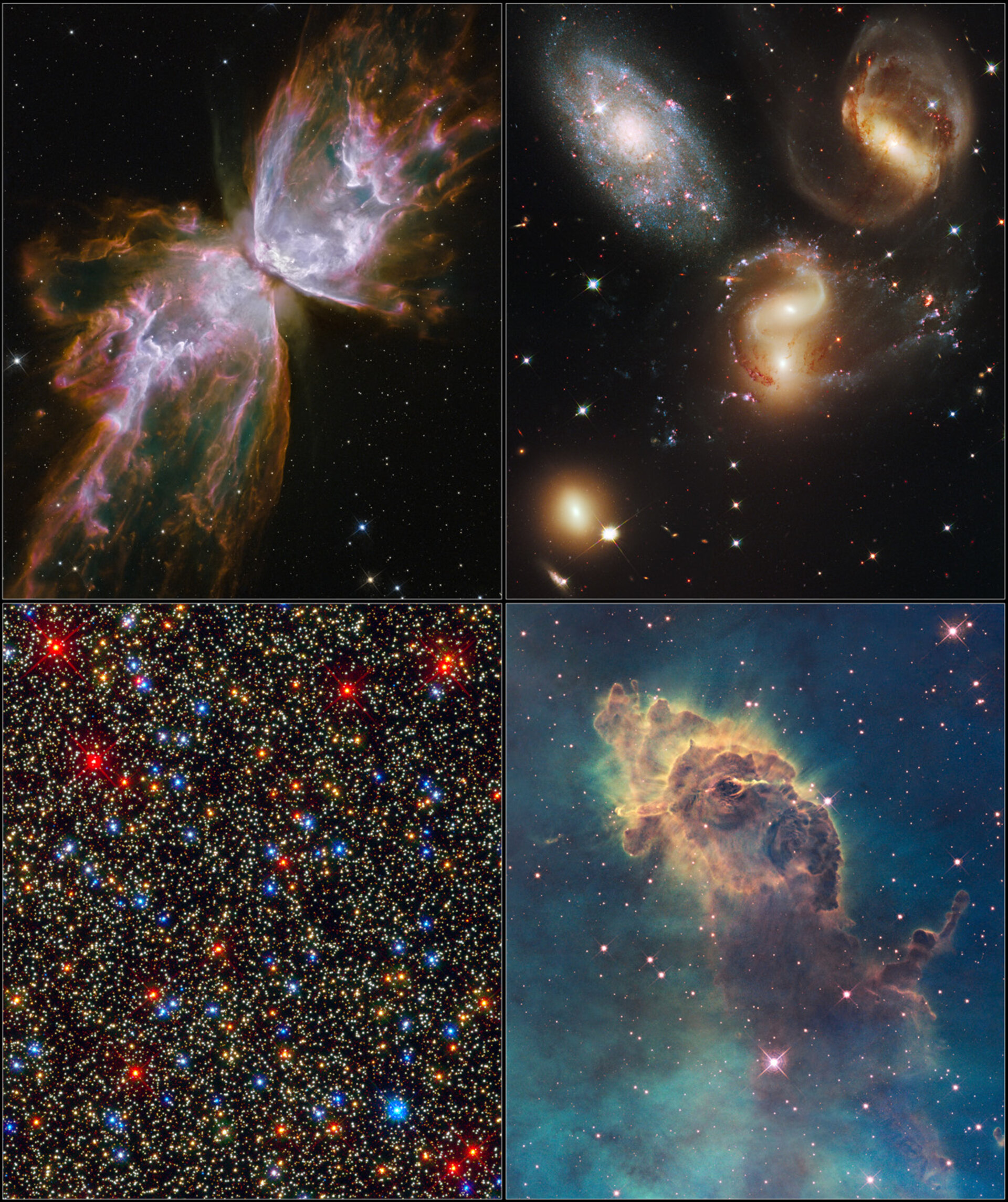 These four images are among the first observations made by the new Wide Field Camera 3 aboard the upgraded NASA/ESA Hubble Space Telescope.

The image at top left shows the Bug Nebula, a butterfly-shaped nebula surrounding a dying star. At top right, is a picture of a clash among members of a galactic grouping called Stephan's Quintet. The image at bottom left, gives viewers a panoramic portrait of a colourful assortment of 100 000 stars residing in the crowded core of Omega Centauri, a giant globular cluster. At bottom right, an eerie pillar of star birth in the Carina Nebula rises from a sea of greenish-coloured clouds.