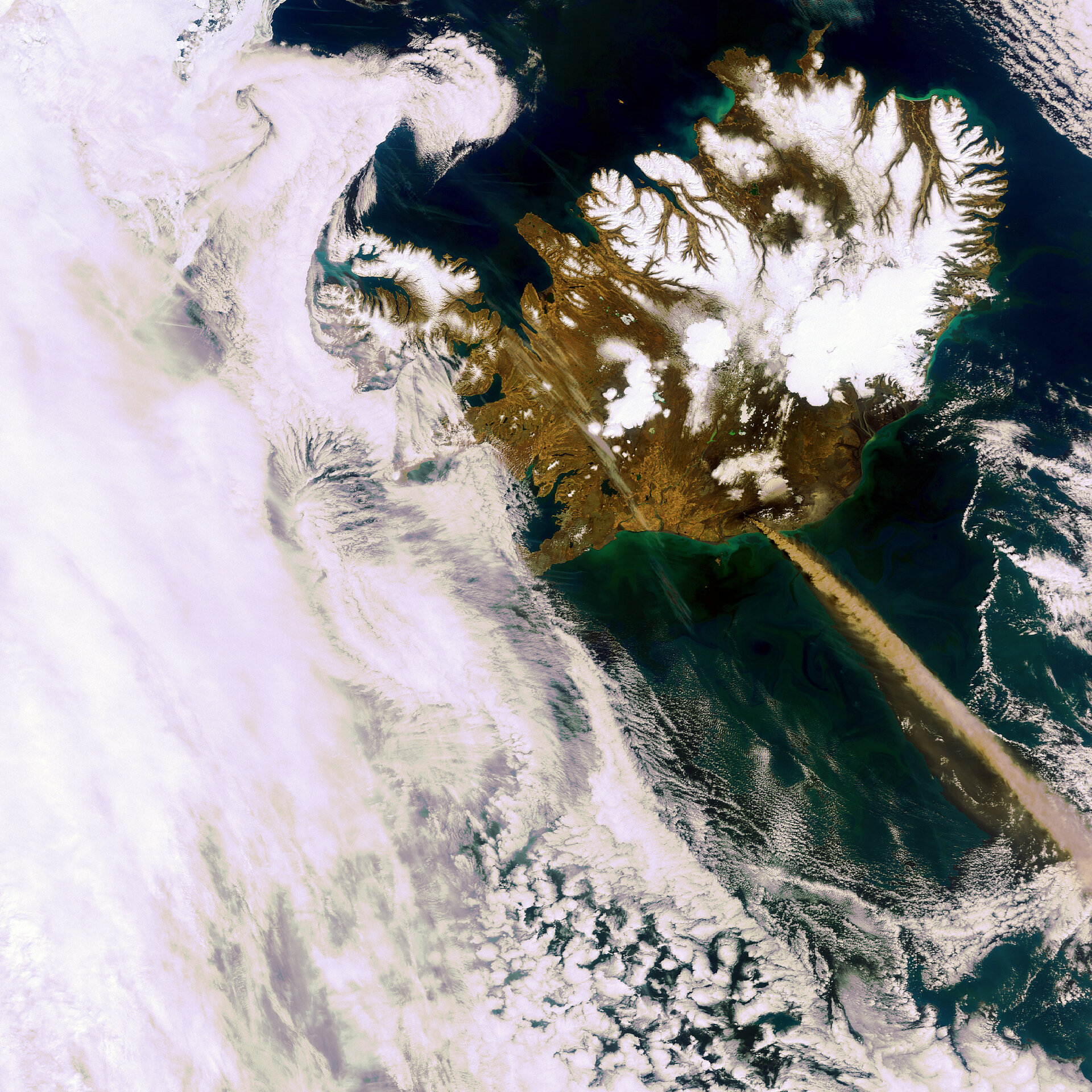 Plume of ash from the Eyjafjallajoekull volcano

A heavy plume of ash from Iceland's Eyjafjallajoekull volcano is visible travelling over the Atlantic in this Envisat Medium Resolution Imaging Spectrometer image acquired on 11 May 2010. The narrow shape of the ash cloud indicates a lot of wind is blowing in a southerly direction towards the west of Ireland. Also visible, the area around the Hakla volcano (east of Eyjafjallajoekull) now appears black as the snow and ice that surrounded it in April have been completely covered by ash. The volcano has been emitting steam and ash since its recent eruptions began on 20 March.