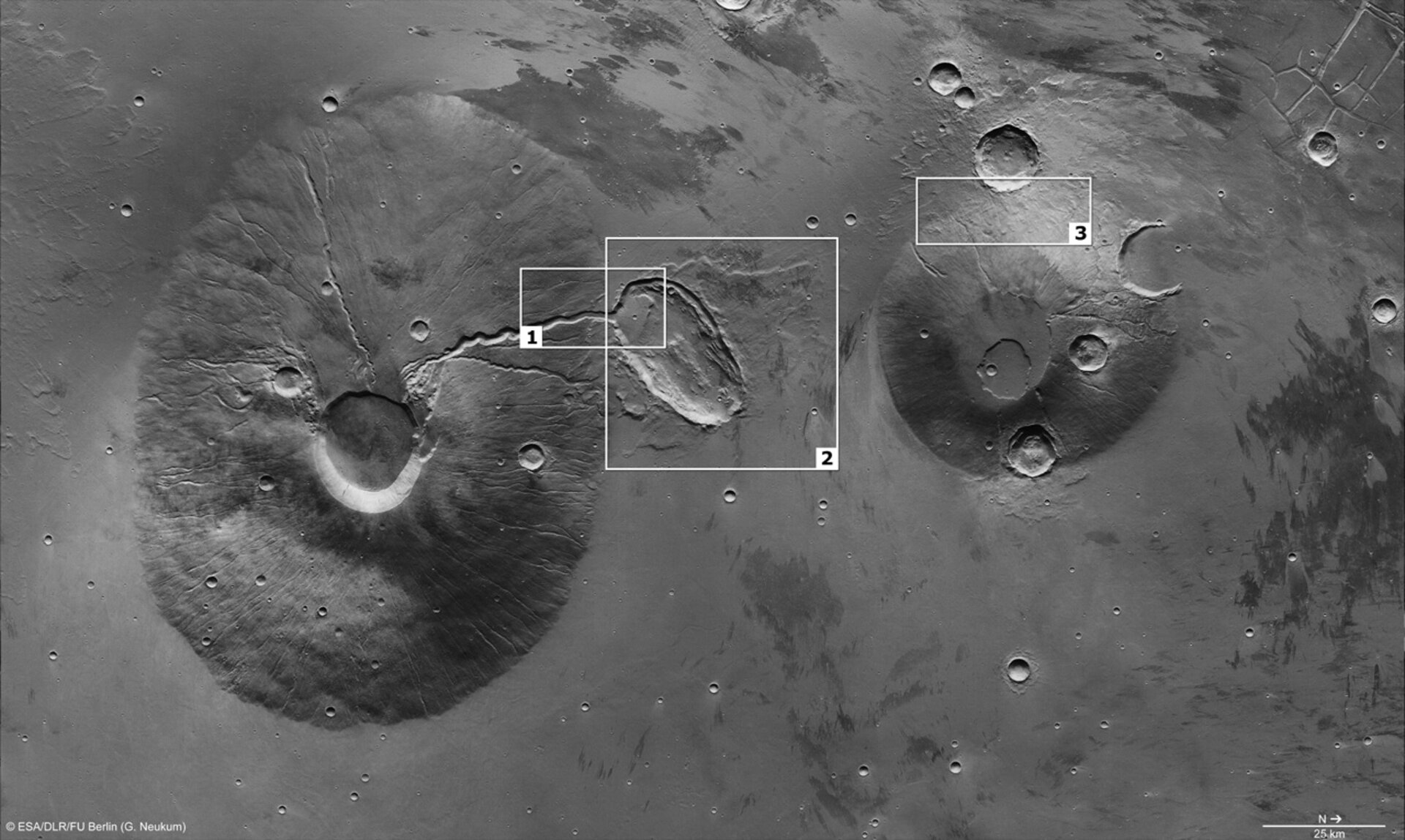 Ceraunius Tholus and Uranius Tholus are two volcanoes in the Tharsis region of Mars. The flanks of Ceraunius Tholus display deeply incised valleys of which the longest and deepest is about 3.5 km wide and 300 m deep [box 1]. This valley terminates with a fan of deposited material in the northern end of the elongated Rahe crater. The crater itself [box 2] is 35 km by 18 km and was created by the oblique impact of a meteorite. Other impacts have scarred this region, too. One in particular has ejected material over the flanks of the smaller volcano [box 3].

This image has been derived from data acquired during three separate orbits of Mars Express, which took place between 25 November 2004 and 22 June 2006.