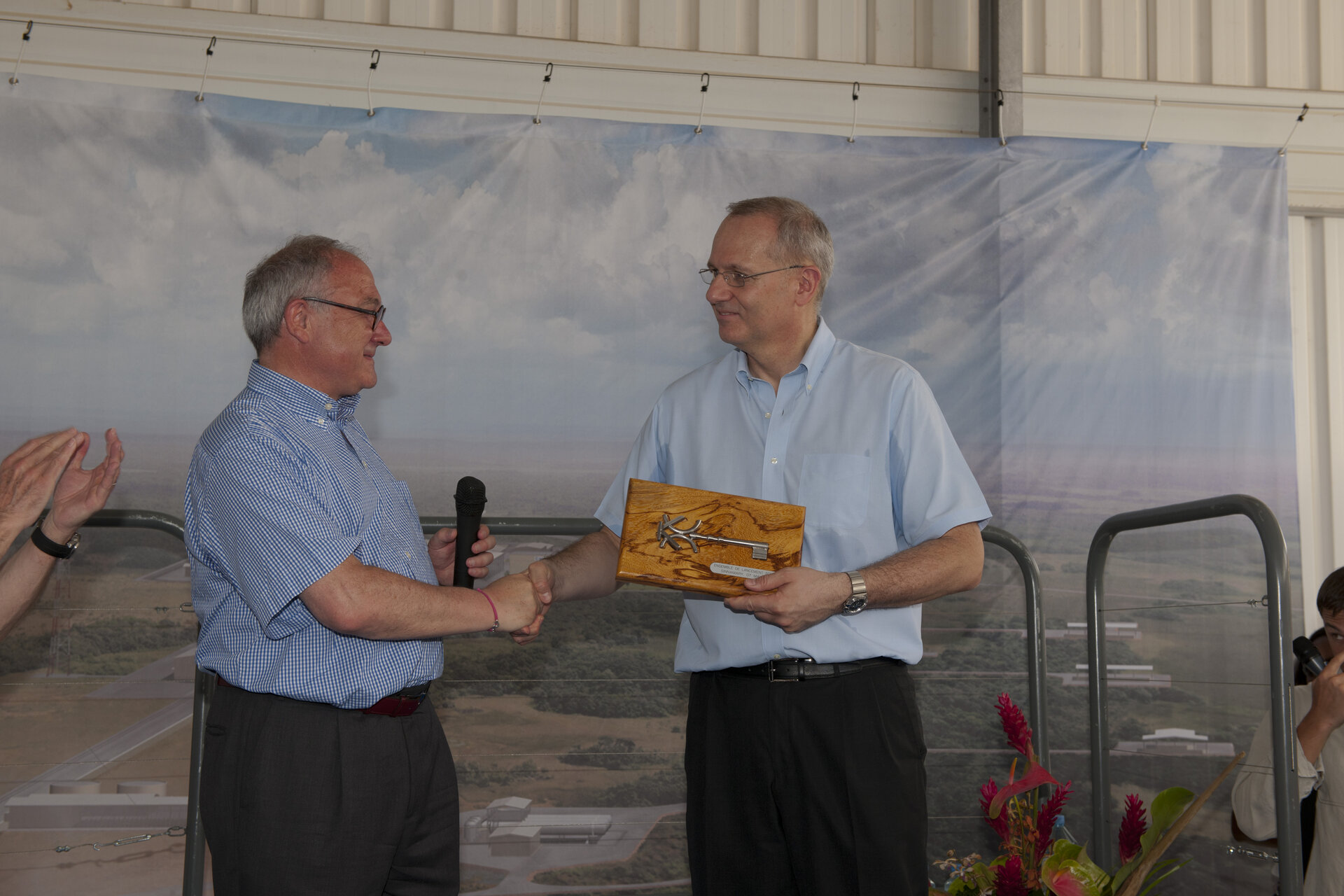 Mr Dordain hands over the ‘key’ to Mr Le Gall

The official ceremony marking ESA’s handover of the Soyuz launch site to Arianespace took place on 7 May 2011 at Europe’s Spaceport in French Guiana, after the site was declared ready for the first flight and the completion of a simulated launch campaign.