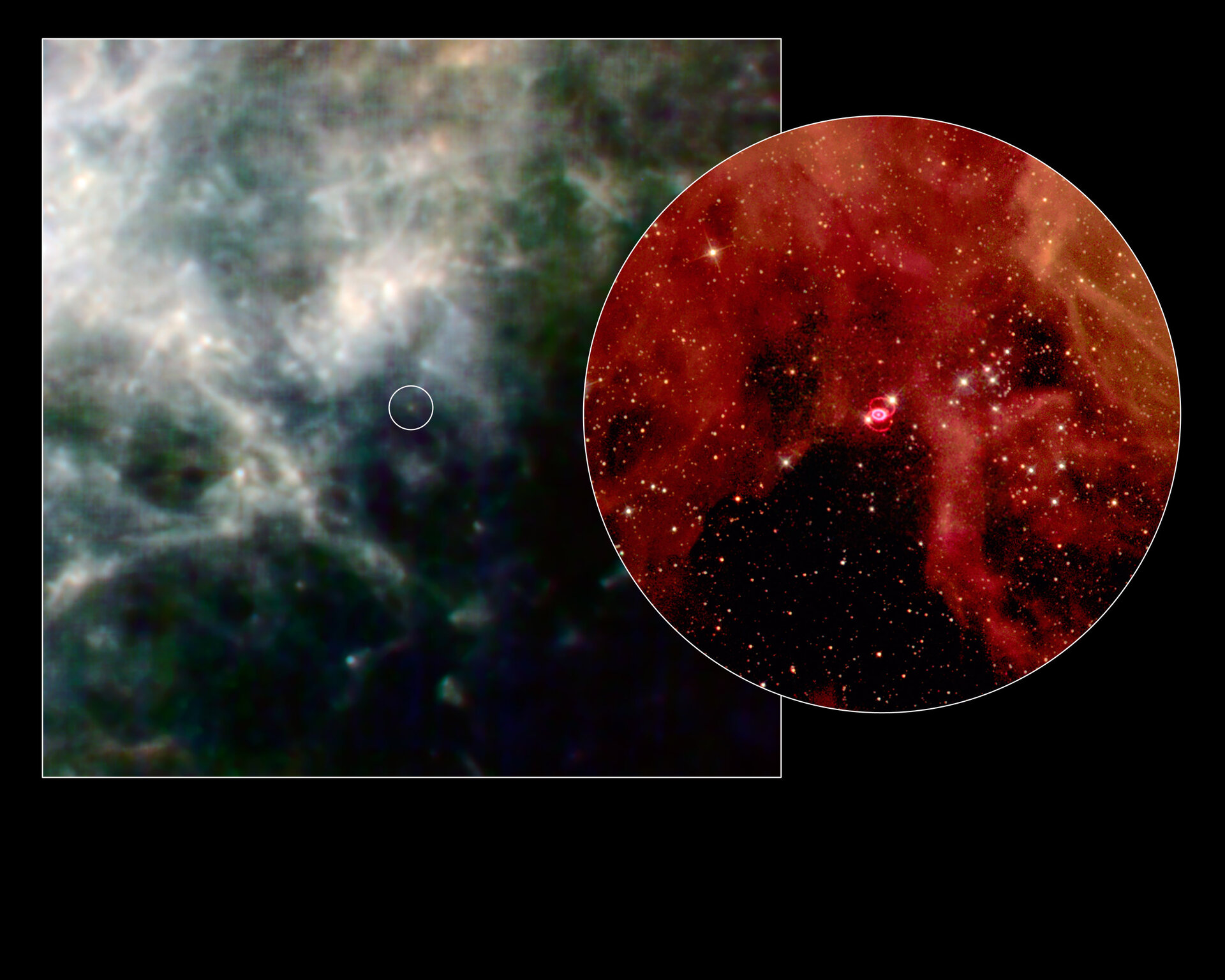 Herschel and Hubble view of Supernova 1987A

This mosaic shows the region surrounding the remnant of the famous supernova SN1987A as observed by Herschel (on the left) and the Hubble Space Telescope (on the right). SN1987A exploded 24 years ago in the Large Magellanic Cloud, one of the dwarf galaxies orbiting the Milky Way. At a distance of only 160,000 light years, this backyard supernova has become a 'local' laboratory for close-up studies of stellar demise. The remnant of SN1987A is visible, in the Herschel image, as a faint dot of light indicated by the white circle; the region enclosed within the circle is shown in greater detail in the Hubble image.

The detection of SN1987A with Herschel demonstrates that this object contains an amount of dust nearly equivalent to the mass of the Sun and roughly 1000 times larger than what was previously believed. At temperatures of 16–23 Kelvin, the newly discovered component is about 20 times colder than any dust detected in the past in this supernova remnant.


This result confirms that supernovae are able to produce significant quantities of dust over very short timescales and has profound implications on the understanding of how dust first formed in cosmic history.