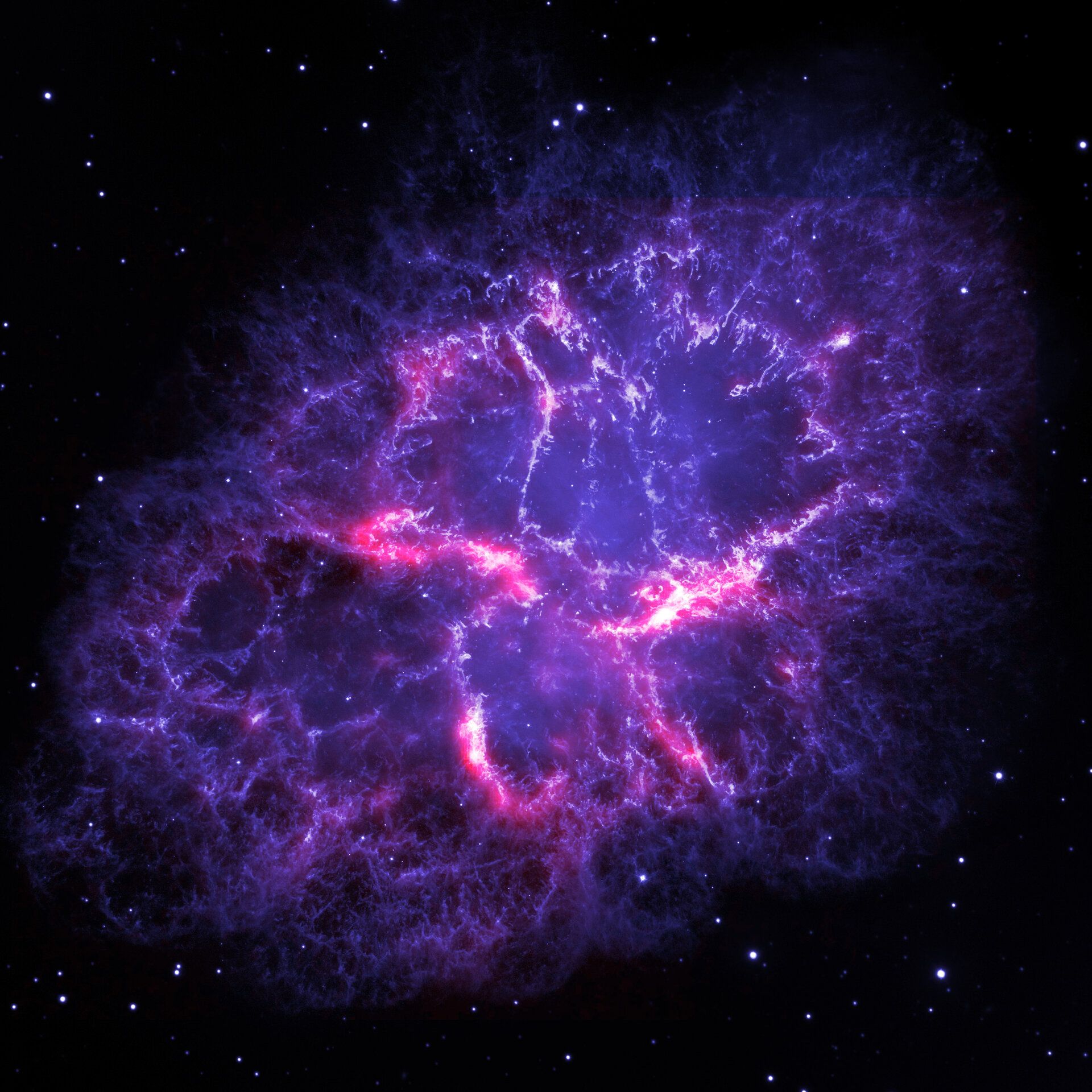 Across the Universe, every ending is a new beginning. When a massive star dies, exploding as a spectacular supernova, huge amounts of matter and energy are ejected into surrounding space, and the remnant of the explosion itself remains a hub of fierce activity for thousands of years.

One of the most iconic supernova remnants is the Crab Nebula. A wispy and filamentary cloud of gas and dust, it originated with a supernova explosion that was seen by Chinese astronomers in the year 1054. A spinning neutron star – or pulsar – remains at its centre, releasing streams of highly energetic particles into the nebula.

This composite image combines a new infrared view of the Crab Nebula, obtained with ESA’s Herschel Space Observatory, with an optical image from the archives of the NASA/ESA Hubble Space Telescope.

Herschel’s observations are shown in red and reveal the glow from cosmic dust present in the nebula. Hubble’s view, in blue, traces oxygen and sulphur gas in the nebula.

A team of astronomers studying the nebula with Herschel has revealed that this supernova remnant contains much more dust than they had expected – about a quarter of the mass of the Sun.

The new observations also revealed the presence of molecules containing argon, the first time a noble gas-based molecule has been found in space.

Argon is produced in the nuclear reactions that take place during supernova explosions, and astronomers had already detected this element in the Crab Nebula. However, it is surprising that argon bonded with other elements, forming molecules that survived in the hostile environment of a supernova remnant, with hot gas still expanding at high speeds after the explosion.