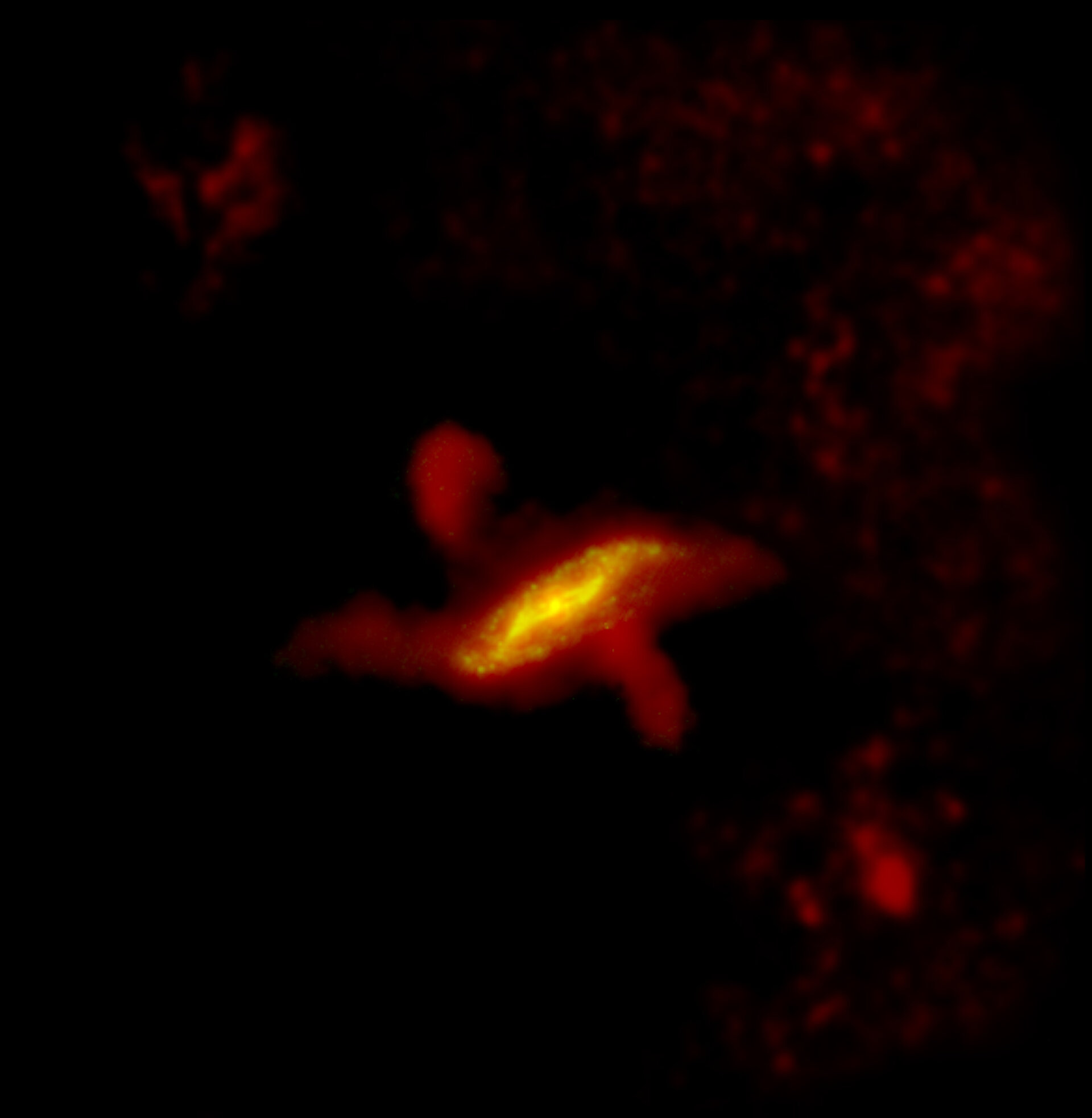 Herschel image of Centaurus A combined from data from the Photoconductor Array Camera and Spectrometer (PACS) at 100 microns and Spectral and Photometric Imaging Receiver (SPIRE) instruments at 250, 350, and 500 microns reveals spectacular detail. The PACS image glows almost golden yellow in the core of the galaxy, where intense star formation is taking place. This parallelogram shaped region of dust can be best described using galaxy formation models where a flat spiral galaxy collides with an elliptical galaxy, and becomes warped in the process. The SPIRE data shown in red shows the jets and surrounding clouds. The observations also reveal for the first time two new clouds at the SPIRE wavelengths which are co-aligned with the jets, at distances of around 50 000 light years from the centre of the galaxy. These are visible only due to Herschel’s extreme sensitivity to emissions from the cold dust at temperatures not far above absolute zero.