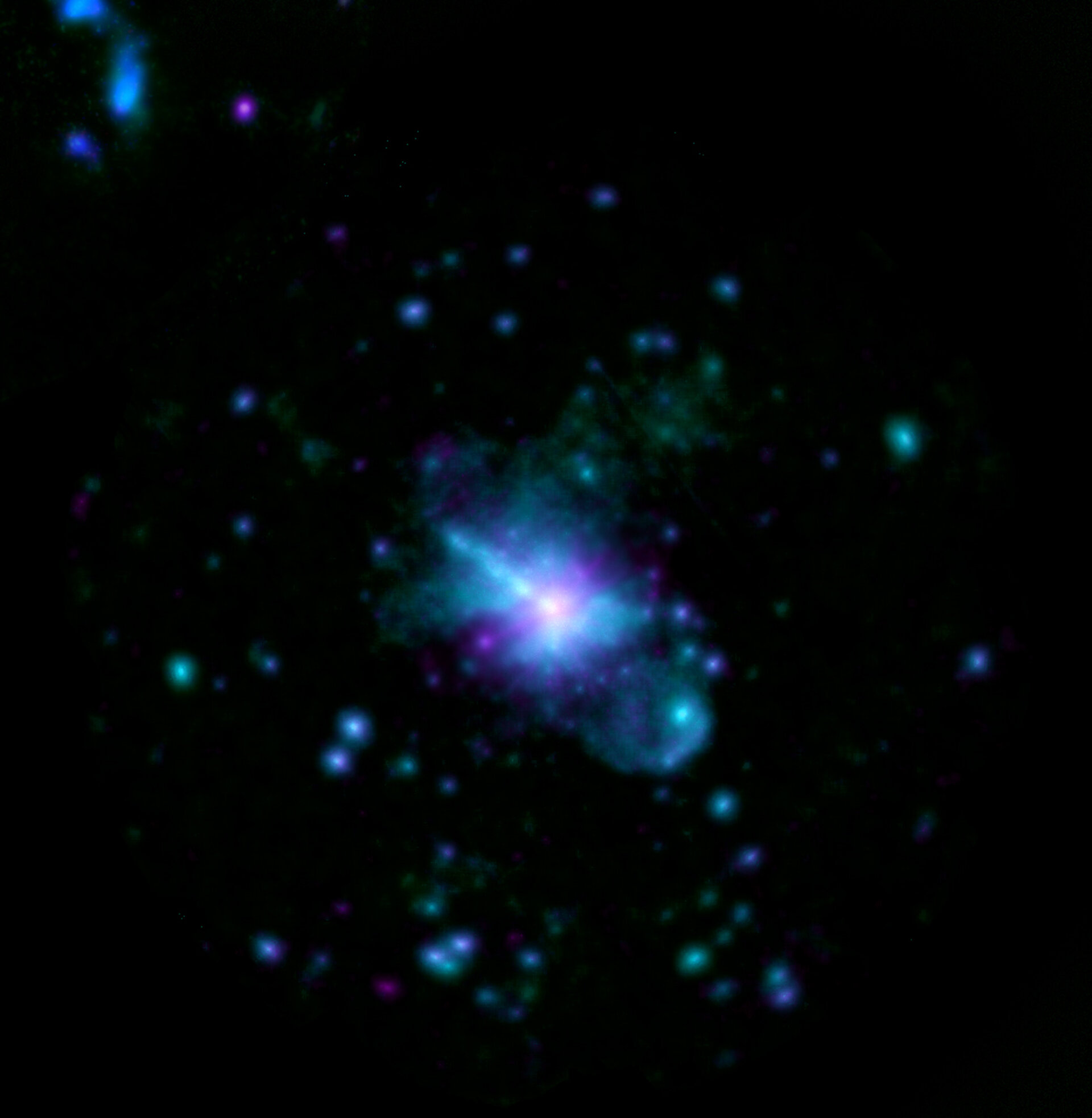 The highly-energetic jet seen in this XMM-Newton X-ray view is believed to be emanate from a super massive black hole in the centre of the galaxy, over a million times the mass of the Sun. With the X-ray observations only one jet is seen clearly in the images, compared to the two jets seen in the Herschel observations. This is due to a line of sight effect, whereby the brightness of a jet in X-rays coming towards the observer position is significantly greater than that of one moving away from the observer.