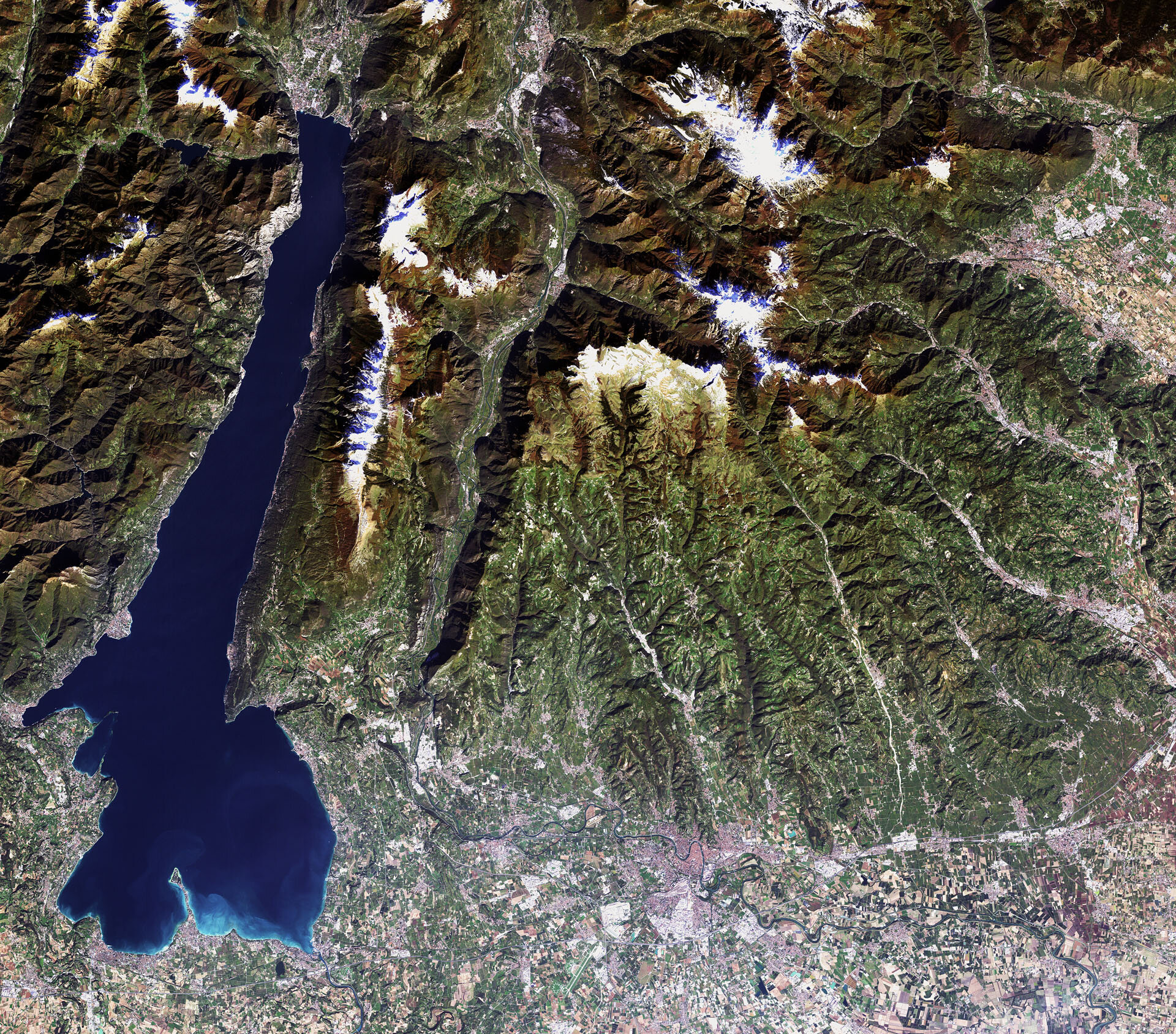 Italy’s Lake Garda and the city of Verona south of the Italian Alps are pictured in this image from ALOS observation satellite. With an area of 370 sq km, Garda is the largest lake in Italy and the third largest in the Alpine region. East of the lake is the Adige River, flowing south before curving east toward Verona.

The city of Verona has been awarded World Heritage Site status by UNESCO because of its urban structure and architecture – among them the circular Roman amphitheatre, visible when zooming in.

The Advanced Land Observation Satellite captured this image on 21 October 2010 with its AVNIR-2 Advanced Visible and Near Infrared Radiometer.
ALOS was supported as a Third Party Mission, which means that ESA used its multi-mission ground systems to acquire, process, distribute and archive data from the satellite to its user community.