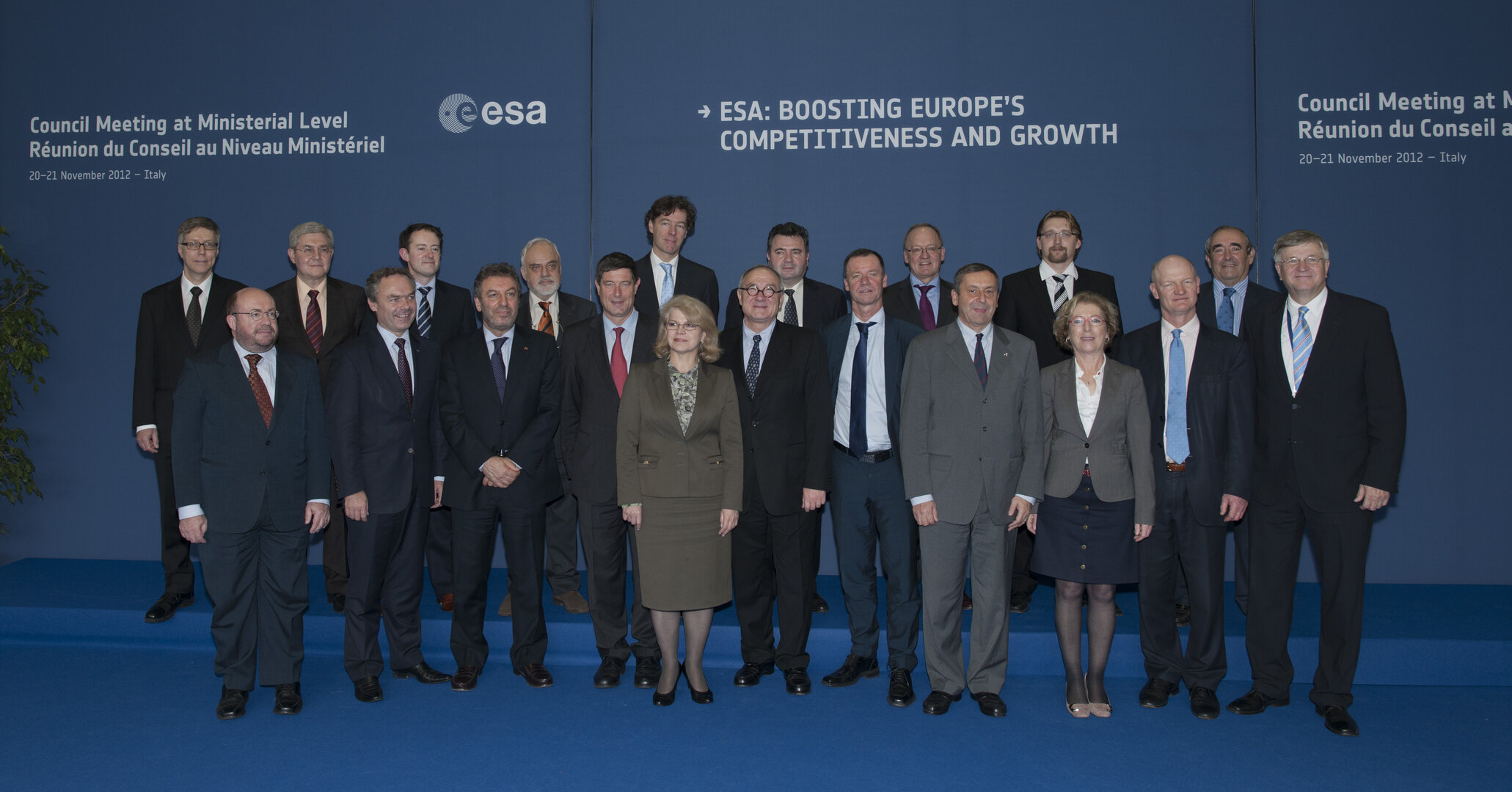 European ministers and representatives at Ministerial Council in Naples on 20 November 2012.