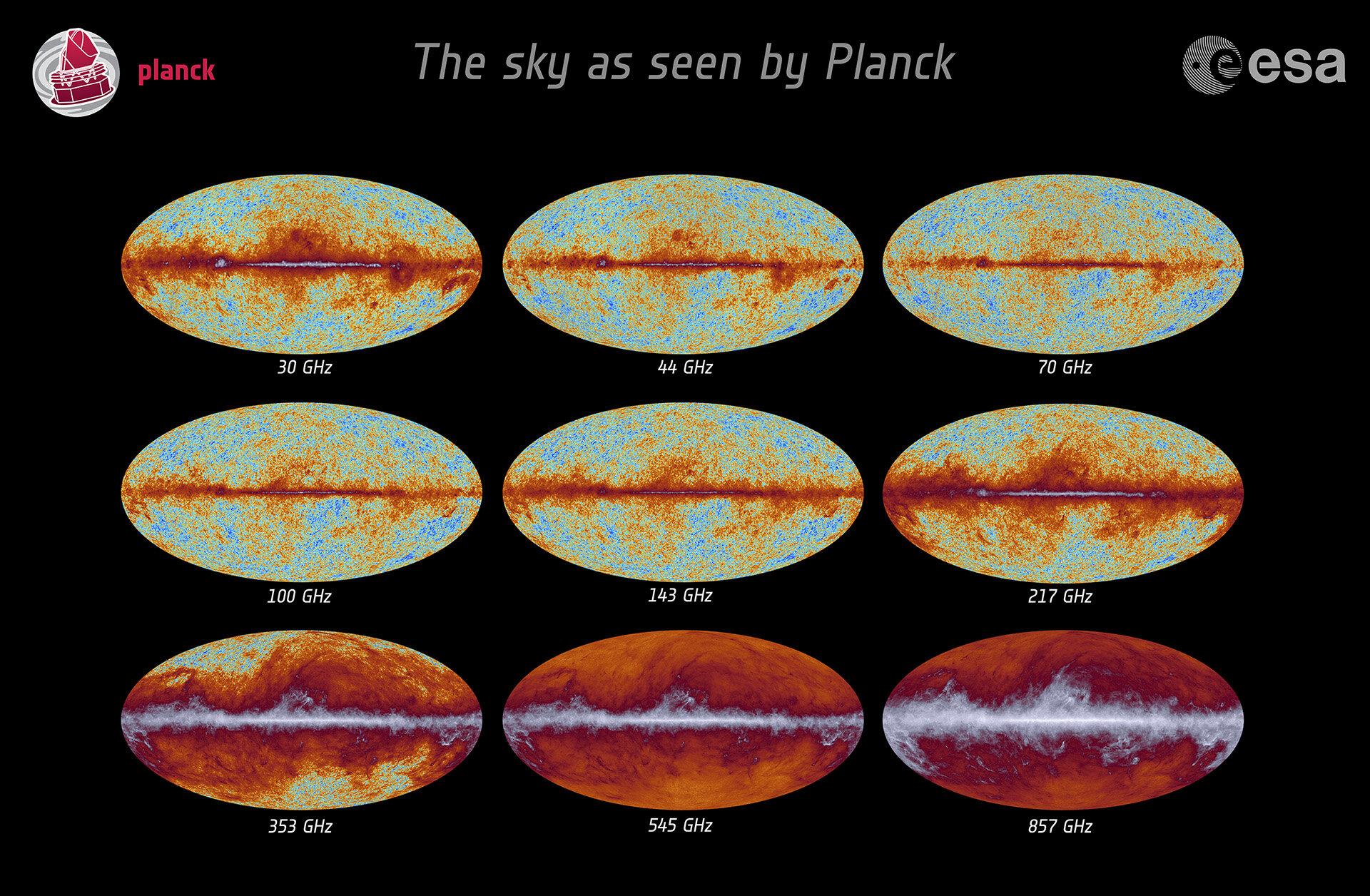 This image shows the all-sky maps recorded by Planck at nine frequencies during its first 15.5 months of observations. These were collected using the two instruments on board Planck: the Low Frequency Instrument (LFI), which probes the frequency bands between 30 and 70 GHz, and the High Frequency Instrument (HFI), which probes the frequency bands between 100 and 857 GHz.
The Cosmic Microwave Background is most evident in the frequency bands between 70 and 217 GHz. Observations at the lowest frequencies are "polluted" by foreground radio emission from the interstellar material in the Milky Way, which is mostly due to synchrotron radiation emitted by electrons that spiral along the lines of the Galactic magnetic field. It also comprises bremsstrahlung radiation, emitted by electrons that are slowed down in the presence of protons, as well as emission from spinning dust grains. Observations at the highest frequencies are influenced by foreground emission from interstellar dust in the Milky Way.

The combination of data collected at all of Planck's nine frequencies is crucial to achieve an optimal reconstruction of the foreground signals, in order to subtract them and reveal the underlying Cosmic Microwave Background.