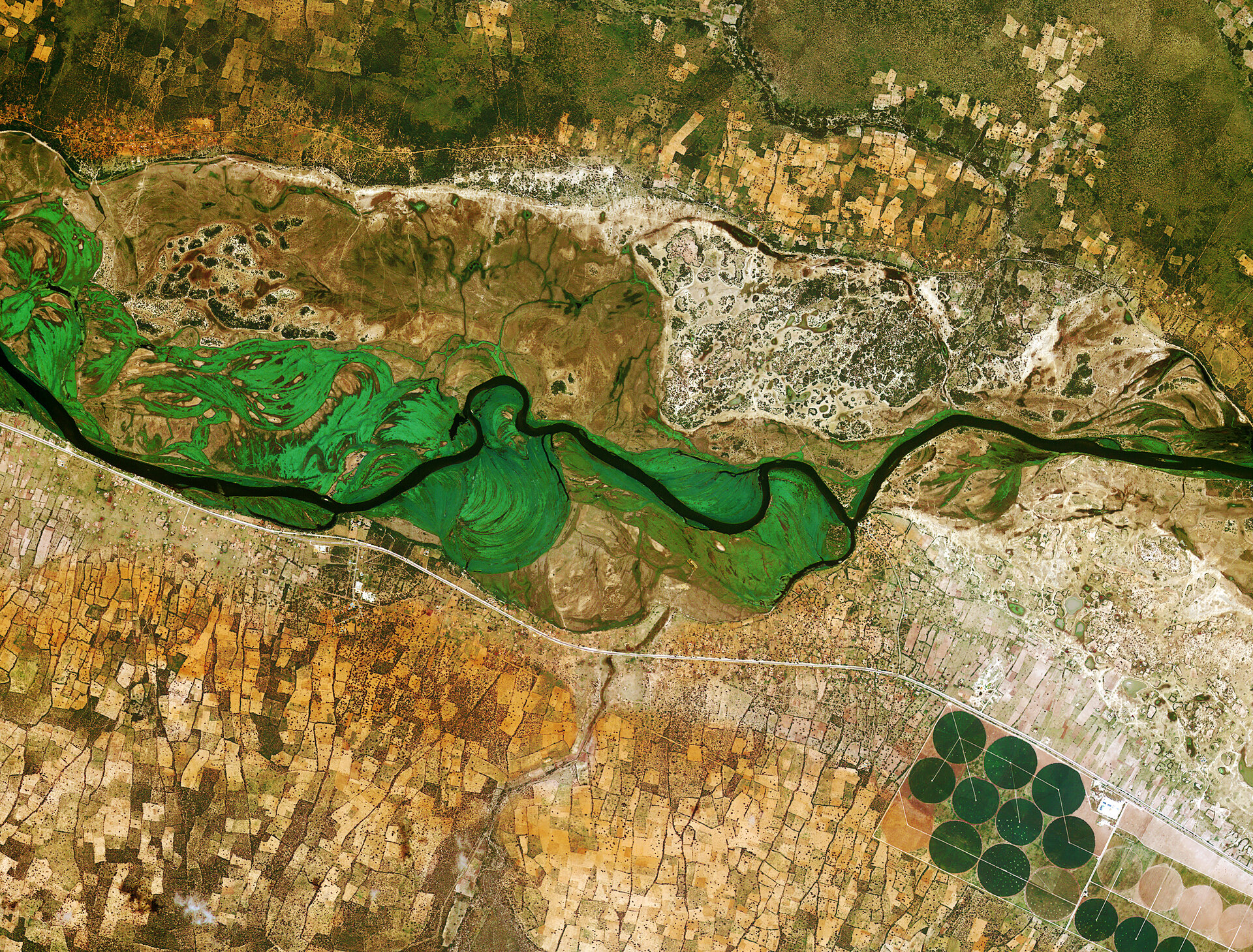 An area covering northern Namibia and southern Angola is pictured in this Kompsat-2 image. Running across the image, the Okavango River forms the border between Namibia to the south and Angola to the north. Zooming in on the upper left corner, dots of white and other bright colours near a road show rural settlements. The red soil typical of many tropical and subtropical areas of Africa is also evident. In the lower-right corner, we can see large-scale, circular agricultural plots up to about 600 m in diameter. The white lines running through the circle could be maintenance roads.

The Korea Multi-purpose Satellite (Kompsat-2) of the Korea Aerospace Research Institute acquired this image on 3 January 2013. ESA supports Kompsat as a Third Party Mission, meaning it uses its ground infrastructure and expertise to acquire, process and distribute data to users.