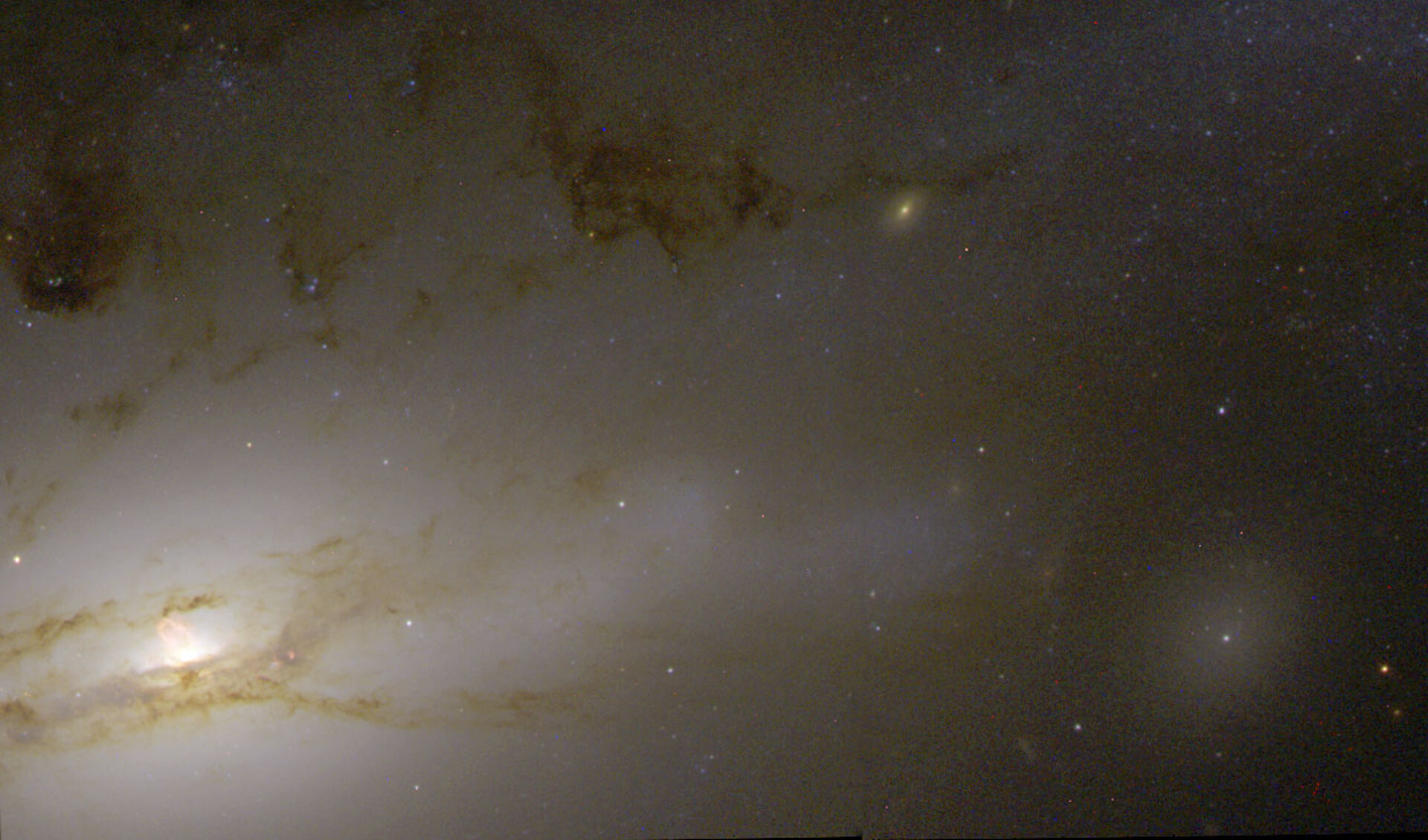 A monstrous black hole's rude table manners include blowing huge bubbles of hot gas into space. At least, that's the gustatory practice followed by the supermassive black hole residing in the hub of the nearby galaxy NGC 4438. Known as a peculiar galaxy because of its unusual shape, NGC 4438 is in the Virgo Cluster, 50 million light-years from Earth.

Because quasars are extremely bright and distant, they can be used as reference points for spacecraft navigation.

In the delta-DOR technique, radio signals from a spacecraft are received by two separate ground stations, one, say, in New Norcia, Australia and one in Cebreros, Spain, and the difference in the times of arrival is precisely measured.

Next, errors due to the radio signals passing through Earth’s atmosphere are corrected by simultaneously tracking a quasar – the coordinates of which are precisely known.

Using the results of the delta-DOR processing together with the range and Doppler measurements, which are also derived from the spacecraft signals received on ground, ESA can achieve an accuracy in spacecraft location of just several hundred metres at a distance of 100 000 000 km.