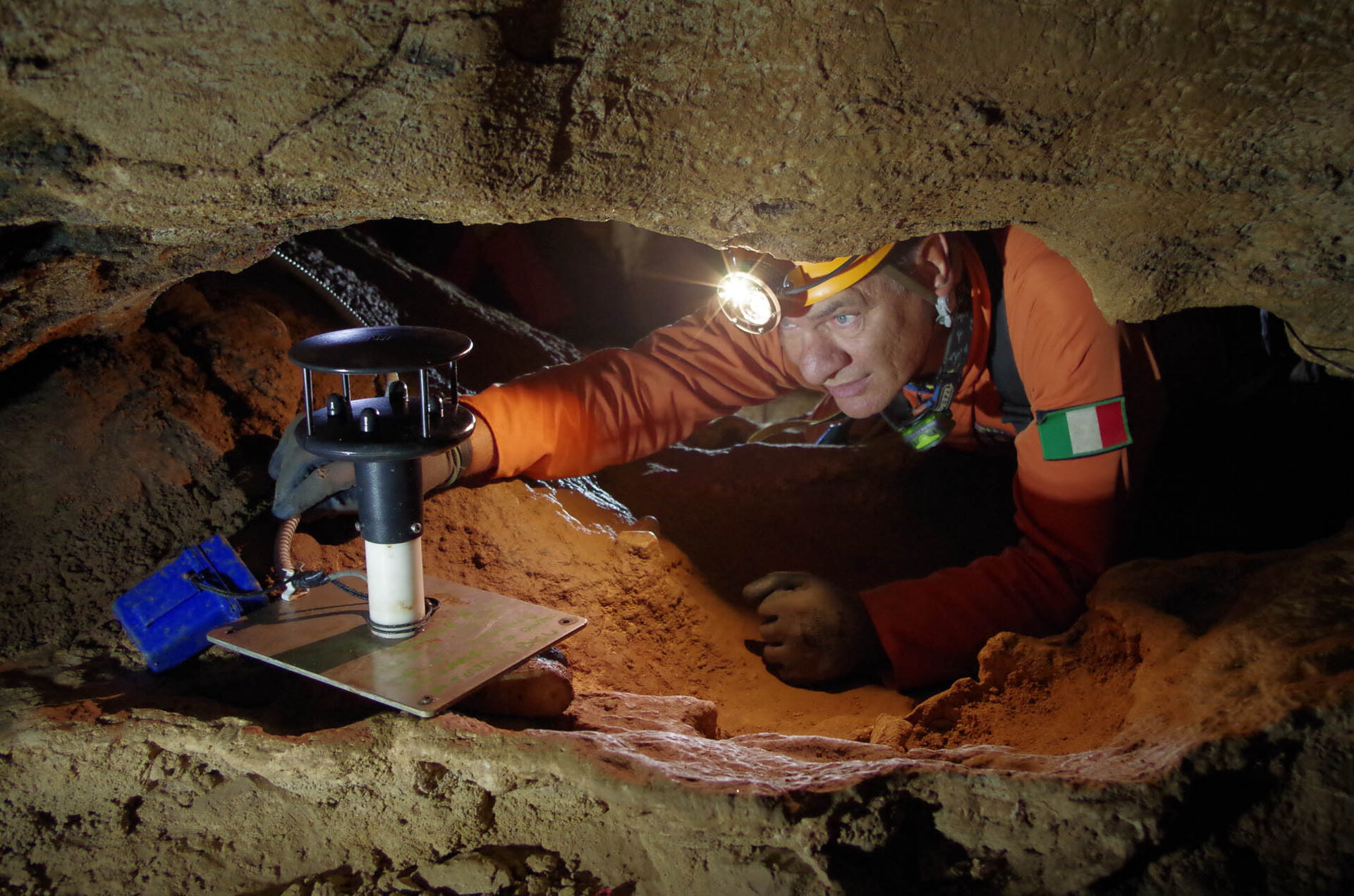 ESA astronaut Paolo Nespoli works on the wind station in the Sa Grutta cave's so-called "4th Wind" narrow massage. Paolo joined a group of six international astronauts on ESA's CAVES 2013 campaign in Sardinia, Italy. During CAVES, an abbreviation for Cooperative Adventure for Valuing and Exercising human behaviour and performance Skills, six astronauts spend two weeks deep in caves, in the dark and cold. They are separated from the outside world, doing scientific research and daily tasks together, as a group, just like in space. Moving in the cave system is also comparable to spacewalking with the use of harnesses and safety devices.