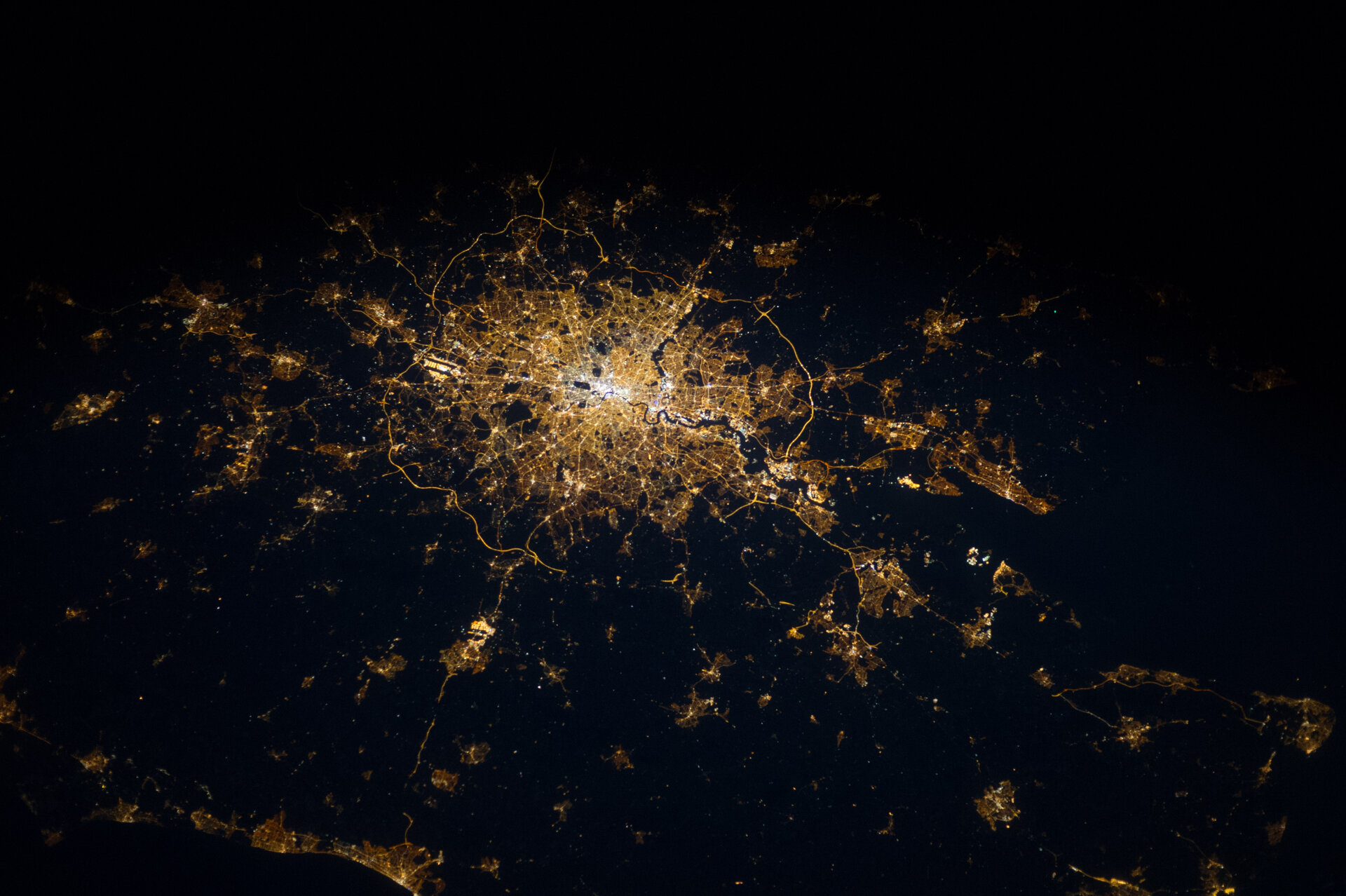 This image taken from the International Space Station shows the metropolis of London and its surroundings. The area is characterised by the M25 orbital motorway that encircles the city and the Thames river winding its way to the Eastern coast. As no streetlamps or other sources of light illuminate the Thames it appears as a black curving line leaving the intense white light of the inner city towards the right. Other areas without light include parks and other bodies of water, notably the large Hyde Park and Regent’s Park to the left of the City Centre and the William Girling and King George’s Reservoirs that supply London with drinking water.

Heading due South from London, down and slightly to the left on this image, is the M23 road to Gatwick international airport and the town of Crawley. The lights of Gatwick airport shine brighter than the 100 000-inhabitant town. Airports are brightly-lit and easily recognisable from above so pilots can safely direct their aircraft to land. London’s Heathrow airport including the two main runways can be seen at the left of London City Centre.

Continuing south past Crawley to the English Channel, the  seaside town of Brighton can be seen merging with Worthing to the left as one continuous stream of light.