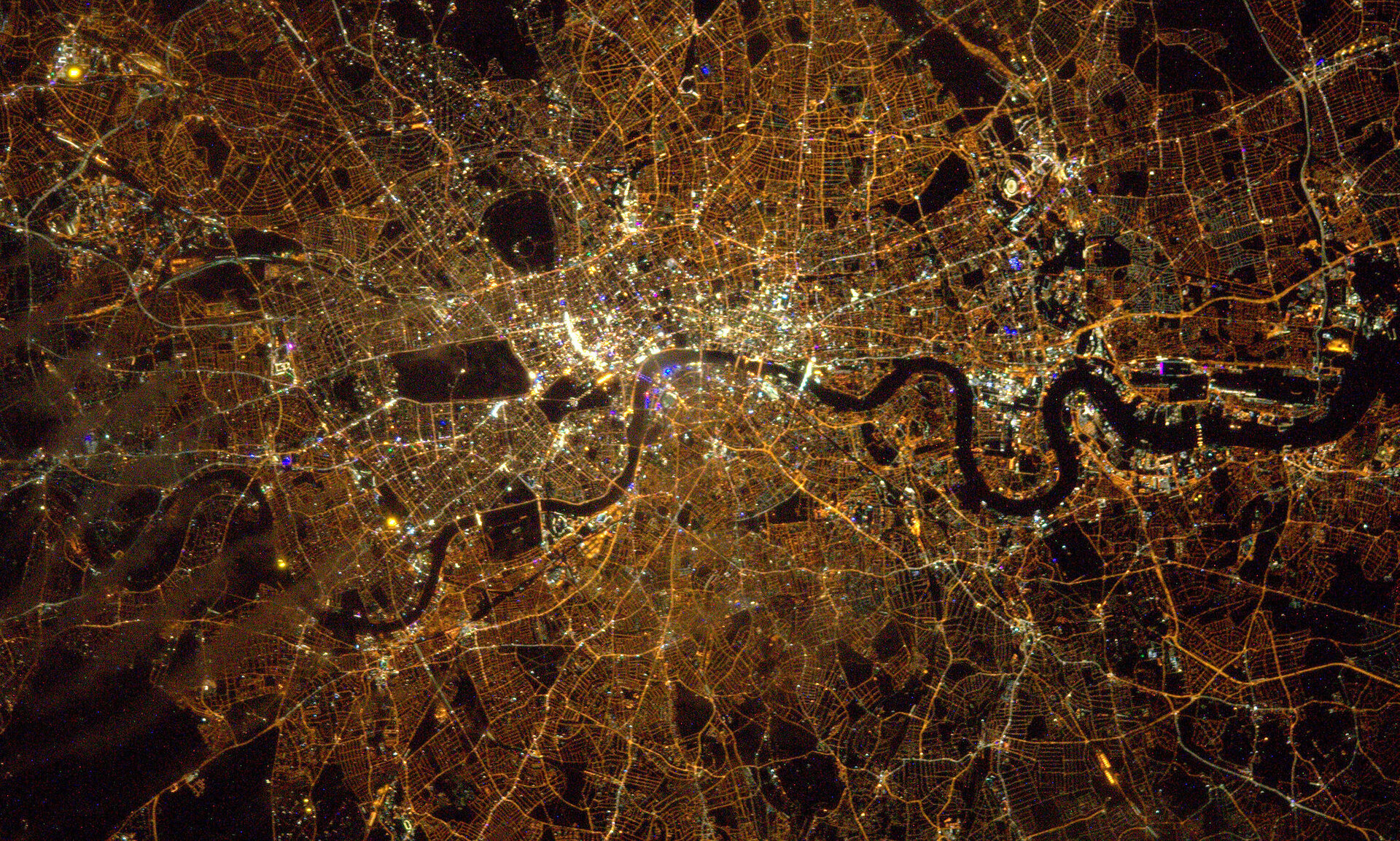 ESA astronaut Tim Peake took this image of London, UK, from the International Space Station 400 km above Earth. At the time it was midnight in the capital city and, because the Space Station runs on Greenwich Mean Time, it was also the same time for Tim Peake.

Such a clear image is rare: not only were there no clouds, but also Tim had the time to set up his camera. The Space Station flies at 28 800 km/h, so only briefly passes over specific points of Earth and its ground track moves along on each 90-minute orbit – so Tim might not get another chance to image London during his six-month stay in space for the Principia mission.

The orbital outpost has to travel at this speed to keep it in orbit, but this only adds another complexity to night-time astronaut photography: to get such a sharp result, Tim had to compensate for the motion of the Space Station. Judging the speed required by trial and error, Tim kept a steady hand for the 1/60 of a second that the shutter was open, tracking the city and keeping it in the viewfinder.

The lights in the image are mainly street lighting, illuminating the streets of London. Lights appearing blue are LED-lit areas. Black areas in the picture correspond to unlit areas such as parks and rivers – the distinctive wind of the River Thames shows in black. Hyde Park, Regent’s Park and Battersea Park are recognisable in the centre, the reservoirs at Walthamstow are upper centre, and Richmond Park is at lower left.