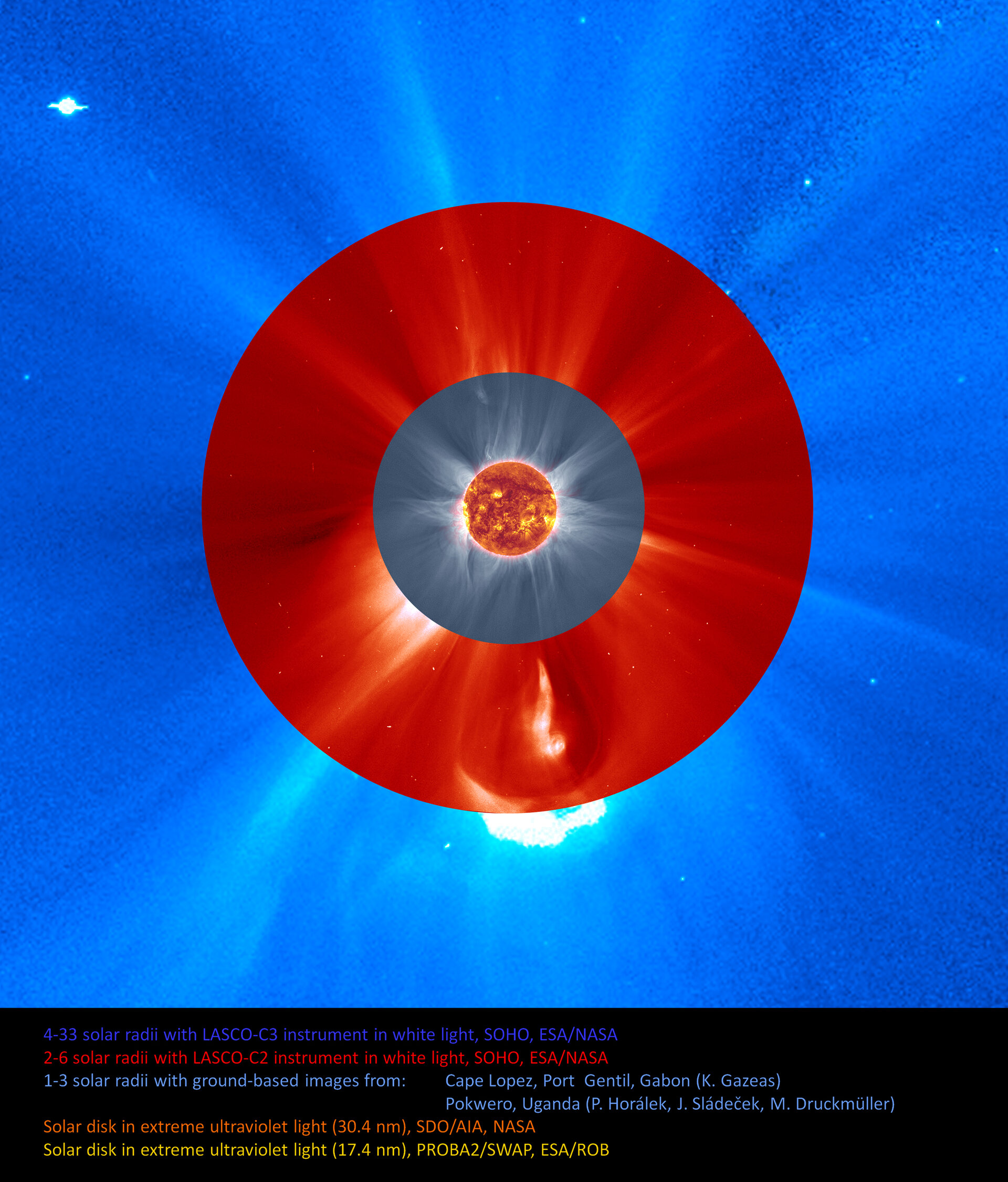 A composite of space- and ground-based observations in different wavelengths gathered on the day of the solar eclipse of 3 November 2013. The result is an overall view of the Sun and its surrounding corona, extending far out into space.

Close-in views of the solar disc and its surroundings in extreme-ultraviolet light are covered by the Royal Observatory of Belgium’s SWAP instrument aboard ESA’s Proba-2 minisatellite and the AIA and HMI instruments aboard NASA’s Solar Dynamics Observatory mission. The surrounding inner corona is depicted through a combination of white-light images acquired from the ground along the path of totality, from Port Gentil in Gabon and Pokwero in Uganda. The outer corona is depicted through the white-light LASCO-C2 and C3 coronagraph instruments aboard the ESA/NASA SOHO satellite.

The planet Saturn is visible at the top left of the picture as a bright saturated object, coincidentally giving an impression of rings. To see more of the eclipse in multiple wavelengths, check this video.