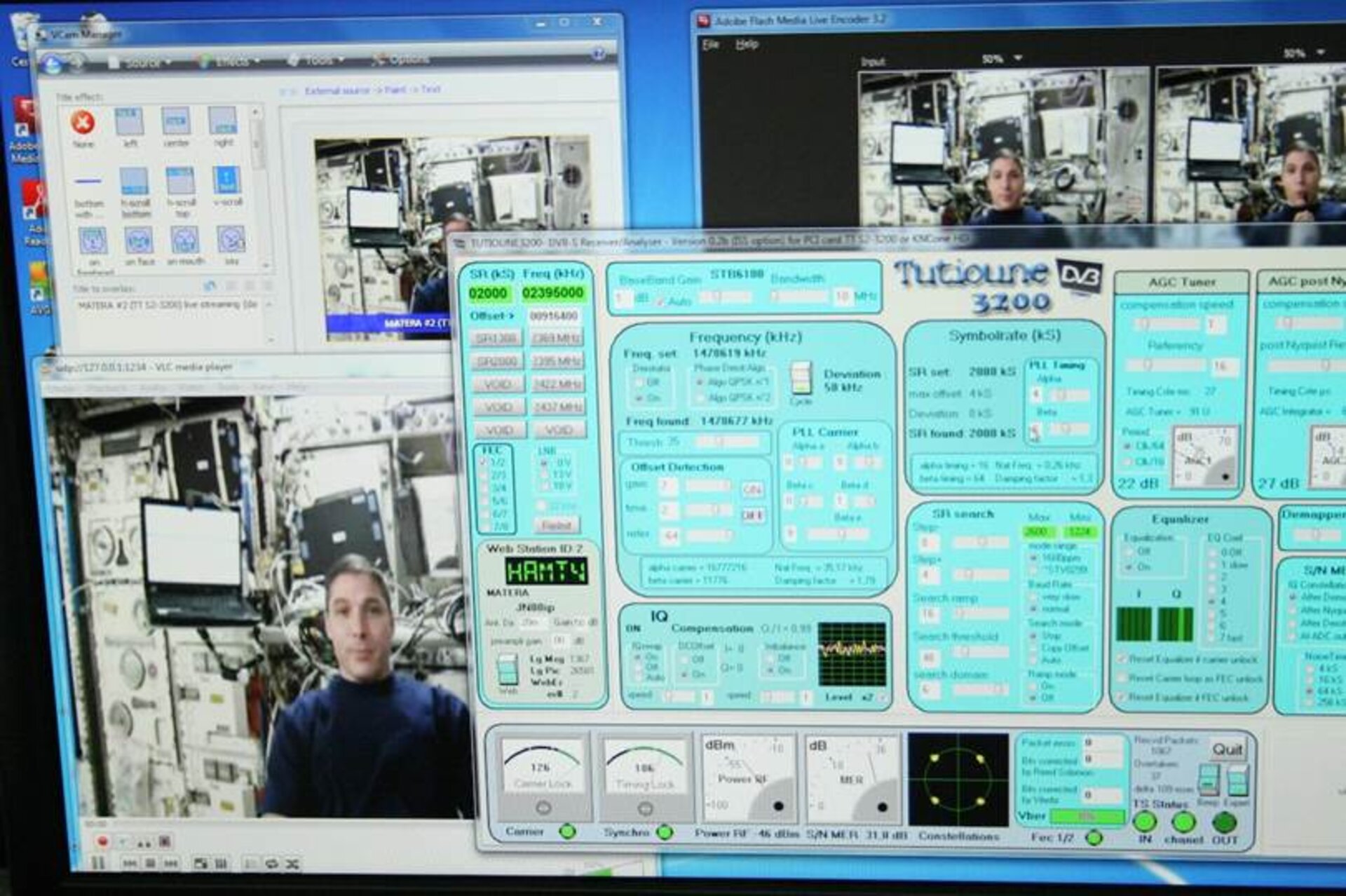 A screenshot of NASA astronaut Mike Hopkins as received through amateur video transmitters on ESA’s Columbus laboratory of the International Space Station.

Hopkins had the honour of being the first to commission the unit and broadcast over ‘Ham TV’. He had a video chat with three ground stations at Livorno, Casale Monferrato and Matera in Italy.

Just like standard television, the video signal is one way. The astronauts cannot see their audience but they hear them over the traditional amateur radio on the Station.

Anybody can still hail the Station via radio and, if an astronaut floats by the always-on receiver, they might just pick up and answer the call.