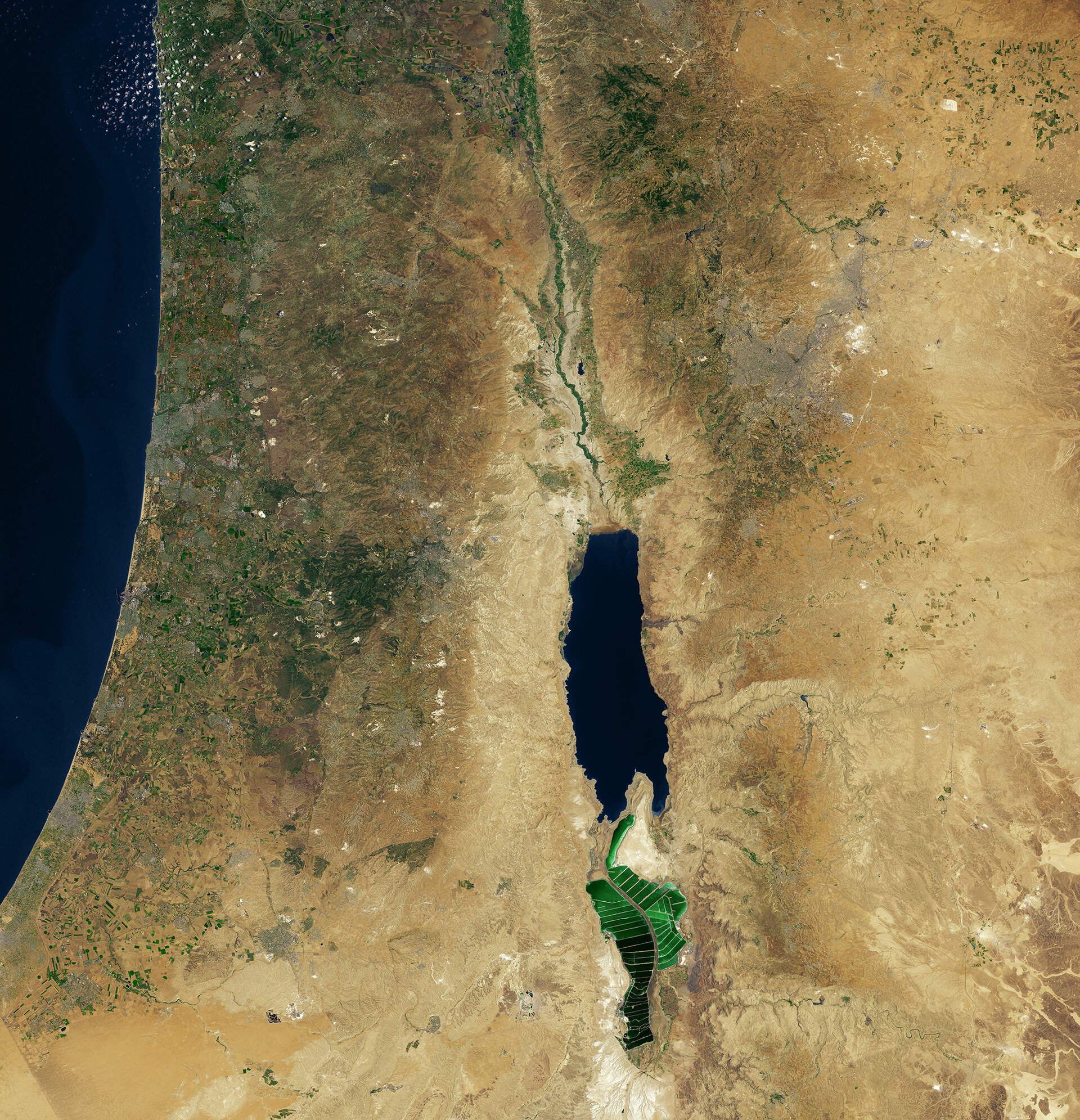 This image from the Landsat-8 satellite brings us over part of the Middle East, with the Jordan Rift Valley running north to south.

The most prominent feature in this image is the Dead Sea: the lowest point on Earth’s surface, more than 420 m below sea level. The extremely high salinity means fish cannot live in this water body, although there are bacteria and fungi.

With the Jordan River as its main source of water, the Dead Sea is an ‘endorheic’ basin, meaning that the water has no outflow. Nonetheless, the water level has been dropping, an effect of the diversion of incoming water from the river.

Note the greenish rectangles just south of the Sea. This is a large complex of mineral evaporation ponds used to produce sodium chloride and other salts for the chemical industry and human and animal consumption. These ponds are separated from the northern part of the Dead Sea by what once was the Lisan Peninsula but lowering water levels have exposed the sea bed, dividing the two sections completely.

Throughout the rest of the image we can see built-up areas such as Amman, the capital of Jordan, in the upper right and Jerusalem near the green hills west of the Dead Sea. Further west we can see green patches of agriculture on the coastal plain, with Tel Aviv on the Mediterranean coast.

In the lower-left corner of the image, we can clearly see the division between Israel and the Gaza Strip not only by the outline of the border, but in the difference in agricultural practices.

This Landsat-8 image, acquired on 4 July 2013, is featured on the Earth from Space video programme.

Through ESA’s Landsat-8 portal, registered users can access data from the mission over Europe within three hours of acquisition.