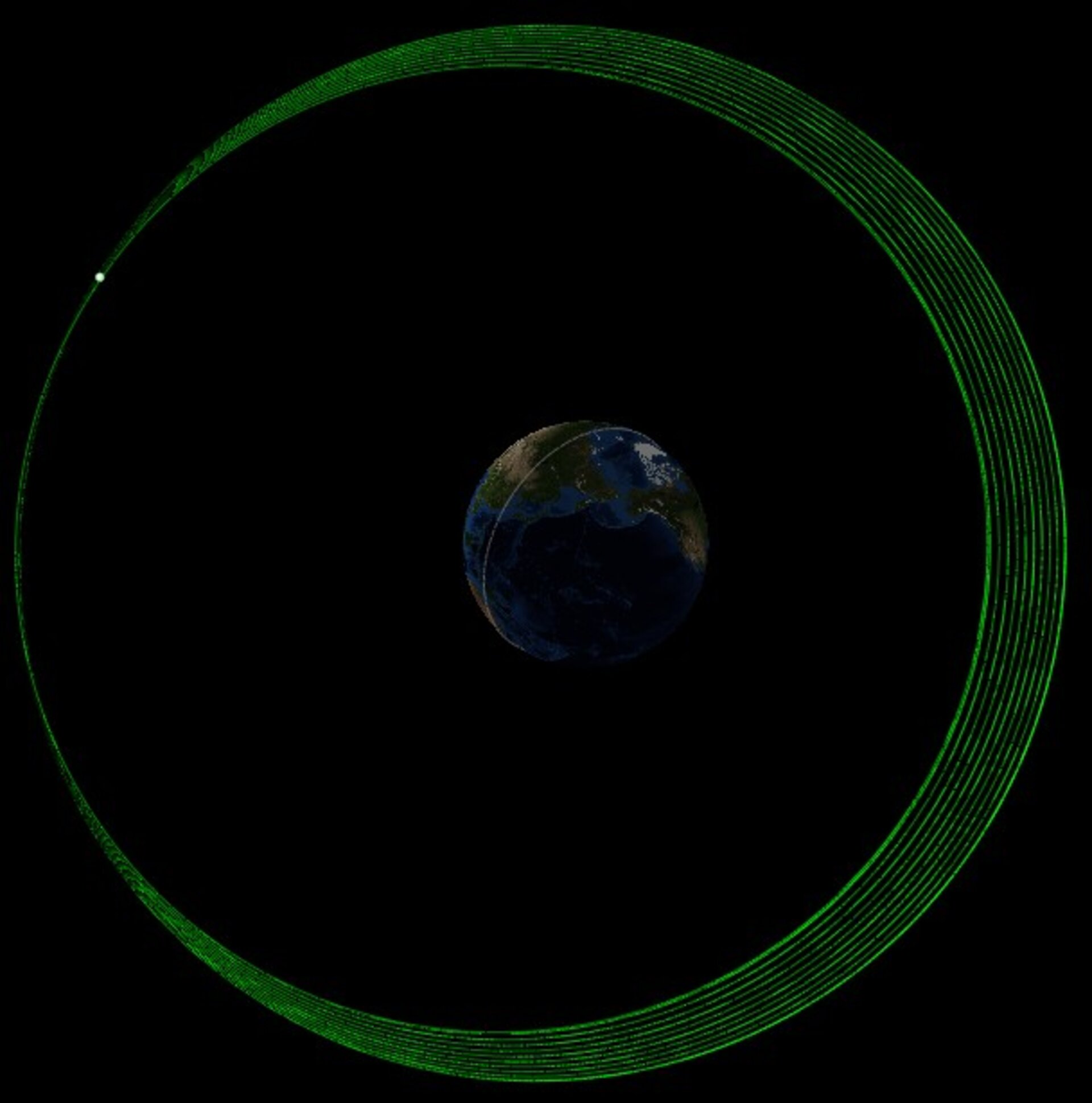 ESA’s fifth Galileo satellite, one of two stranded in an incorrect orbit after a launch anomaly, went a series of orbital modification manoeuvres during November 2014, as a prelude to confirming its operational health. Over the month of November A total of 11 manoeuvres were performed across 17 days, gradually nudging the fifth satellite upwards at the lowest point of its orbit. The aim was to raise the lowest point of its orbit – known as its ‘perigee’ – to reduce its radiation exposure from the Van Allen radiation belts surrounding Earth as well as put it into a more compatible orbit for navigation purposes. The heightened orbit allowed the satellite's Earth Sensor used to point its main antenna back towards Earth to remain switched on throughout its orbit. Previously, at the lowest point of the orbit, the terrestrial disc grew too large so the Earth Sensor could no longer function. The satellite’s navigation payload was activated on 29 November, to begin the full ‘In-Orbit Test’ campaign.