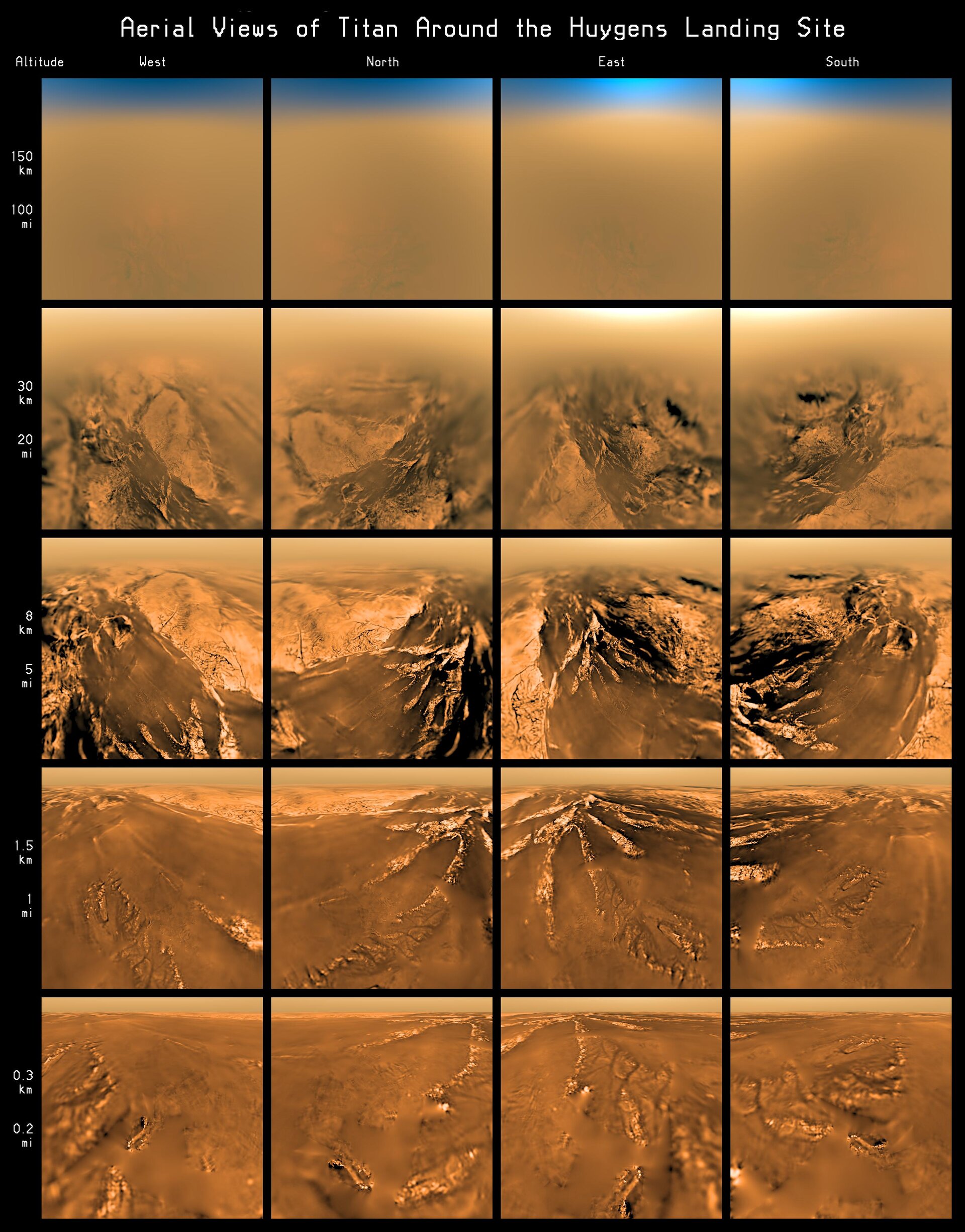 Huygens: The top 10 discoveries at Titan

Ten years ago, ESA's Huygens probe entered the history books by descending to the surface of Titan, Saturn’s largest moon. Humanity's first successful attempt to land a probe on another world in the outer Solar System took place at 13:34 CET (12:34 GMT) on 14 January 2005.

Huygens hitched a ride to the Saturn system during an epic, seven-year voyage attached to NASA's Cassini spacecraft. The final chapter of the interplanetary trek was a 21-day solo cruise toward the haze-shrouded moon. Plunging into Titan's atmosphere, the probe survived the hazardous 2 hour 27 minute descent to touch down safely on Titan's frozen surface.

Huygens continued to transmit back to Earth for another 72 minutes before contact was lost with Cassini as it dipped below the horizon. The stream of data provided a unique treasure trove of in situ measurements from the planet-sized satellite which scientists are still mining today. To mark the 10th anniversary of Huygens landing on Titan, we have selected 10 important results from the pioneering mission.