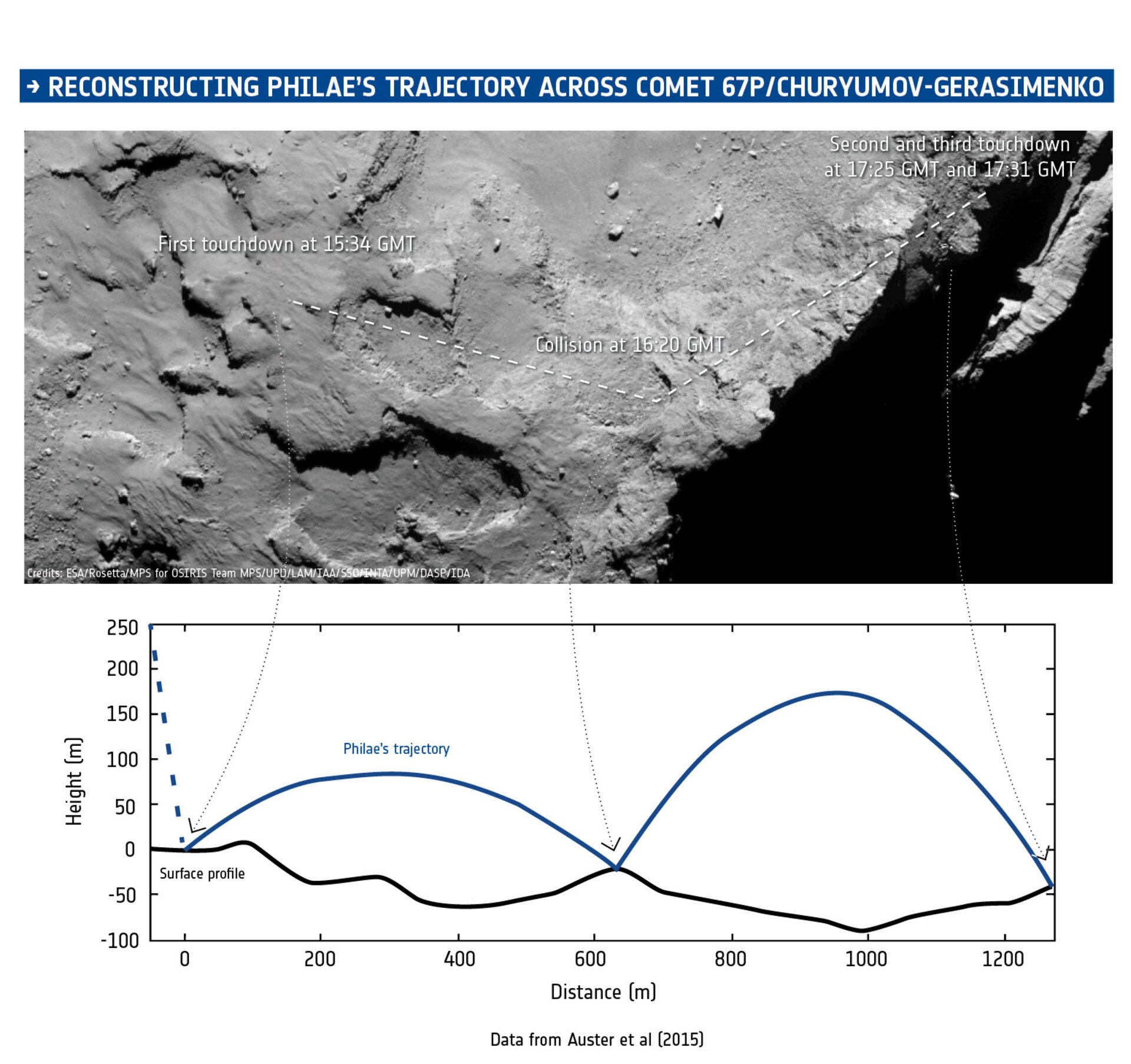 Magnetic field data from ROMAP on Philae, combined with information from the CONSERT experiment that provided an estimate of the final landing region, timing information, images from Rosetta’s OSIRIS camera, assumptions about the gravity of the comet, and measurements of its shape, have been used to reconstruct the trajectory of the lander during its descent and subsequent landings on and bounces over the surface of Comet 67P/Churyumov-Gerasimenko on 12 November 2014. The times are as recorded by the spacecraft; the confirmation signals arrived on Earth 28 minutes later.

Initially, Philae was seen to rotate slowly during the descent to Agilkia. It landed and then bounced, rotating significantly faster as the momentum of the internal flywheel was transferred to the lander. It collided with a cliff 45 minutes later, then tumbled, flying above the surface for more than an hour longer, before bouncing once again and coming to a stop a few metres away, a few minutes later.

The position of the first touchdown point at Agilkia is very well determined from direct images, but the locations of the possible cliff collision depends on the ballistic model used, while the general location marked for the subsequent second and third touchdowns at Abydos come from the CONSERT measurements. Thus, these latter positions represent preliminary and approximate locations only.

The heights above the surface assume a reference sphere centred on the centre of mass of the comet and with a radius of 2393 m reaching first touchdown point.

Read more about how ROMAP helped to reconstruct the lander’s trajectory in the 28 November 2014 report: Did Philae graze a crater rim during its first bounce?